SHOT: Tillis said yesterday that it’s “critical” for people to hear from elected officials “about where they stand on the issues that matter to them.” 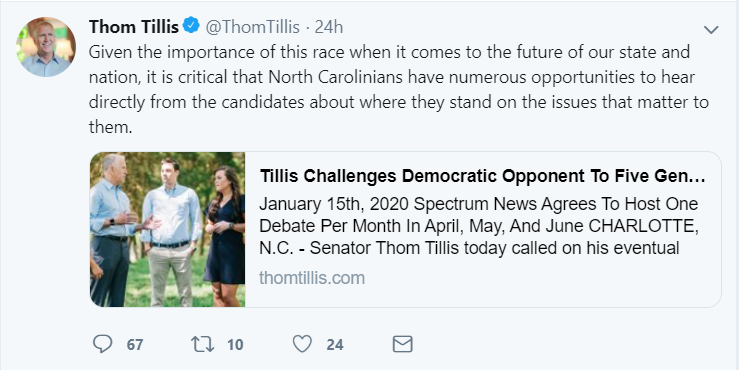 CHASER: Tillis promised constituents in his very first press conference after the 2014 election to “spend time going out and doing what I did when I became speaker – town hall meetings” – yet he “hasn’t kept that pledge” and has not held a public town hall as a Senator.

MORE CHASER: Tillis’ stunt backfired and revealed that he’s so afraid of his primary competition that he is refusing to debate his four primary opponents.