Raleigh – Earlier this month, NCDP Chairman Wayne Goodwin traveled to western North Carolina on another leg of the party’s 2019 Rural N.C. Listening Tour. Chair Goodwin visited Yadkin, Wilkes, Ashe, and Watauga counties to discuss North Carolina Democrats’ unified legislative agenda “Our Carolina Promise,” the kitchen table issues that matter most to voters, and how North Carolina will be the biggest battleground in the country in 2020.

With the biggest election of our lifetime on the horizon, North Carolina Democrats are are committed to going everywhere and speaking with every voter about the issues that matter most to them. 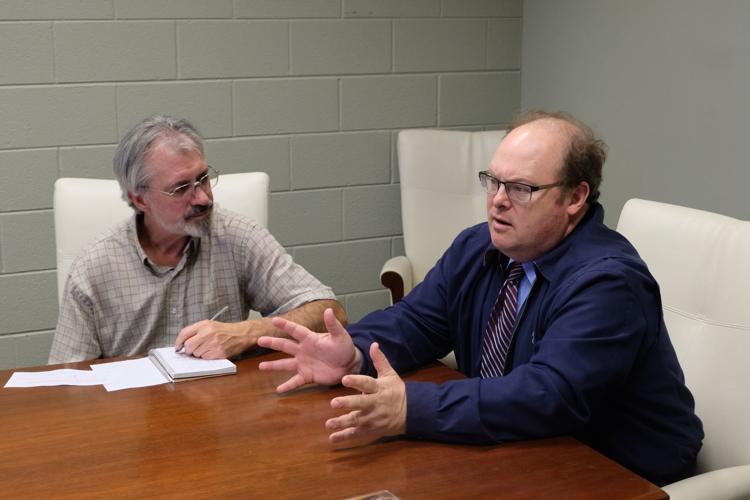 The tours are part of the Democratic Party’s attempts to gain voters in any way they can, while also finding out what issues the people want to be addressed, Goodwin said.

“I’m from a rural community where whether or not you have three people or 30, it’s always helpful to hear what’s on folks’ minds,” Goodwin said.

Goodwin said the event went well, saying it was important to listen to what the people think is the biggest issue they face, rather than deciding it for them.

The Democratic Party Chairman in a Republican-controlled state, Goodwin said the plan for 2020 is the same as it was for 2018. Last year saw the Democrats break the Republican super-majority in the state legislature following the 2016 election of Democratic Gov. Roy Cooper.

“That’s to recruit candidates that represent their communities of every district, to have a strong platform that works for all of North Carolina and address the issues that families and small businesses have on their minds,” Goodwin said.

Goodwin added that part of this strategy is to fight for every vote, and that requires presenting choices to every voter. The party accomplished this by having a candidate in every legislative district in 2018, which Goodwin says is the first time that has happened in North Carolina.

“I believe that given the contrast between what Republicans have done in national and statewide offices versus what Democrats fight for on a national, state and local level, voters need to know the differences,” Goodwin said. He added his belief that Republicans take the rural vote for granted, so the listening tours are a way for Democrats to try and take them away.

One of those candidates was now-Rep. Ray Russell (D-Boone), who Goodwin praised for the handling of his first term in the state legislature.

“Ray has been a tremendous addition to the State House,” Goodwin said. “I’m very pleased to see he has not been what some folks expect to see from a freshman legislator. He hasn’t been invisible, he’s been active and vocal. He’s been a leader on key issues for the High Country and Western North Carolina.”

Goodwin also said it was “imperative” that party leaders on both sides find more compromise when it comes to the state’s budget. He said meaningful compromise used to be common in politics, but that was not the case anymore.

N.C. Democratic Party Chairman Wayne Goodwin discussed a wide range of issues when he spent part of the morning of Oct. 11 in Wilkesboro as part of his statewide Rural N.C. Listening Tour.

Goodwin met for a couple of hours with about 20 Democrats from Wilkes and Alexander counties at the Wilkes Agricultural Center. He went on to Ashe County and then Watauga County and was in Yadkin County before arriving in Wilkes.

Goodwin said in an interview that many of these issues have been raised elsewhere in the state.

He said there is a lot of misinformation about expansion of Medicaid eligibility, including that it would mostly benefit people not willing to work. Goodwin said that by definition it  would help people with jobs can’t afford health insurance and earn too much to be eligible for Medicaid.

He said the adverse impact on North Carolina agriculture of President Trump’s tariffs on China has also been raised. Concern has been cited about stagnate wages in rural communities and the movement of talented young people away from these areas.

He said he has heard interest in growing industrial hemp as a way to help boost rural economies. Climate change also is a big concern.

He said hearing from rural North Carolina voters will help Democratic candidates better address their concerns. Goodwin, from rural Richmond County, said he is considering running for state insurance commissioner. He was elected to that position in 2008 and 2012 and then lost it in the 2016 election.