Charlotte Observer Editorial: Which Thom Tillis will we get now? We have a hunch.

Raleigh – Senator Tillis’ hometown paper laid bare how the GOP primary causing lasting damage and revealed Tillis as a two-faced politician who “flips like a fish on a dock” and is one of several Republicans that “value their jobs over their country” “even when that comes at the expense of North Carolinians.” The “shift” between “Thom Tillis who pretends to be a moderate” and “the Thom Tillis who pretends to be a conservative” came when he got a GOP primary and after his “unusually clumsy reversal” on the emergency declaration. On top of that, the primary challenge “forced Tillis to spend money early” and forced him to compromise his stated positions “out of fear” – earning him scathing editorials from across the state and causing lasting damage that will follow him into the general election.

Charlotte Observer: Which Thom Tillis will we get now? We have a hunch
By the Editorial Board
December 4, 2019 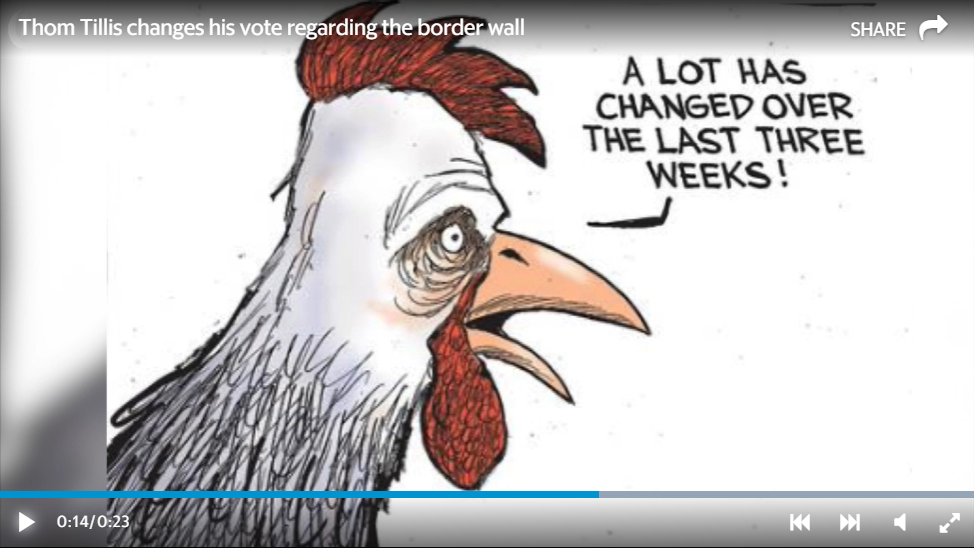 See the other editorials Senator Tillis’ spinelessness has earned: