ICYMI: Senator Tillis Slammed for Appearing Maskless at RNC Event After Criticizing Others for Not Wearing Masks

“There sat Tillis within the tightly packed, largely unmasked crowd, also not wearing a mask.”

Senator Tillis faced strong criticism over the weekend after he was caught not wearing a mask at the White House RNC event after criticizing others for not following COVID precautions. Tillis joined more than 1,000 people at the White House and initially posed for a photo in his mask before later in the evening being caught without one on. As AP noted, “There sat Tillis within the tightly packed, largely unmasked crowd, also not wearing a mask.”

Tillis’ hypocrisy is the latest clear example of why North Carolinians don’t trust him. Senator Tillis has routinely said one thing and done another, like when he humiliated himself by flip flopping on the President’s emergency declaration. It’s why, as one non-partisan analyst noted, “voters of all ideological stripes simply don’t trust Tillis.” 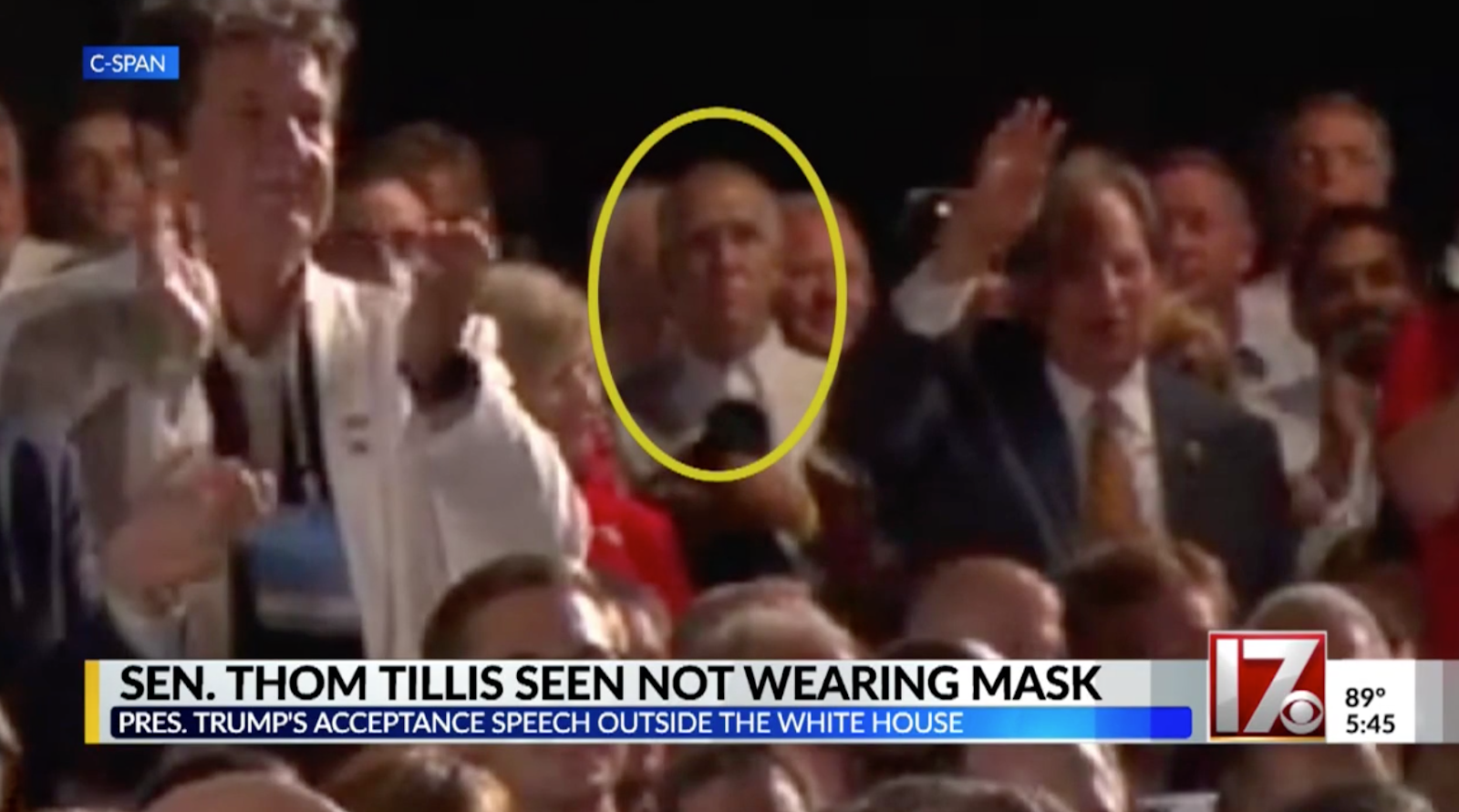 Read more about the latest example of why North Carolinians can’t trust Tillis: 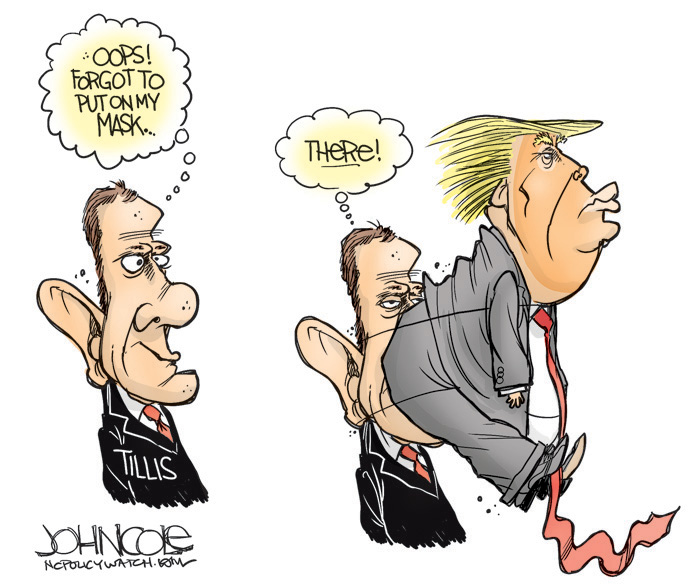 ICYMI: NC helped elect Donald Trump, but this time a changing state may change its mind.