Don Jr. “There’s more of a history there. Thom initially… Donald Trump came into Republican party like a little bit of a fireball.”

Donald Trump Jr. last week pointed to Senator Tillis’ humiliating “Olympic Gold flip flop” on the emergency declaration as a reason why Tillis is in such a weak reelection position, saying there’s “more of a history there” between President Trump and Tillis, the latest sign that Tillis’ most embarrassing moment is continuing to drag down his campaign and his support with base Republican voters.

Tillis was conspicuously “missing” from the GOP convention last week, as new polling showed him still underperforming Trump while national analysts noted that Tillis’ weakness has left him “stuck in another political vise grip” and that he still “must also work to shore up his right flank.” President Trump has humiliated Tillis over his op-ed, such as last year when he told a “super uncomfortable” Tillis in front of a crowd, “Admit it, you like me now.”

Tillis tried to wave away his humiliating flip flop as a “short-term distraction,” yet it’s clearly still dragging down his reelection and support with base Republicans — just ask the President’s son. 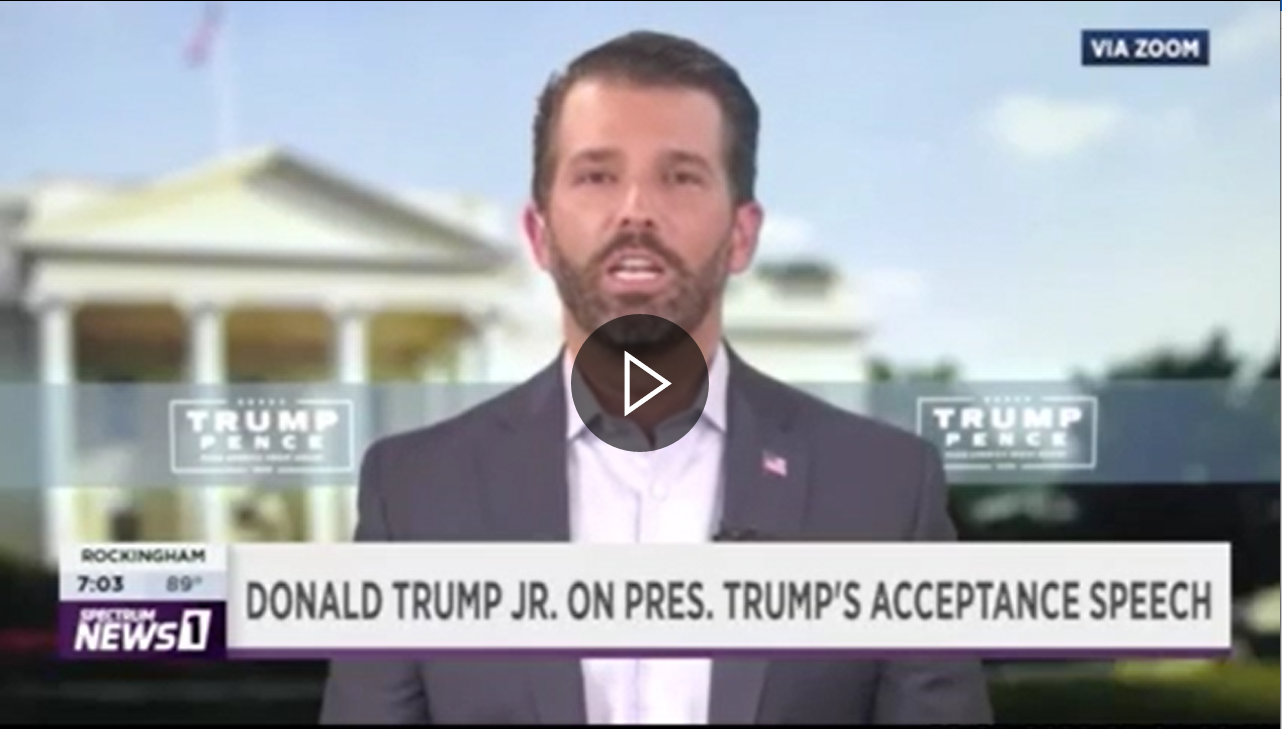 ANCHOR: So Kevin, one person missing from the convention this week is U.S. Senator Thom Tillis, one of the tightest races in the entire country. You talked to Donald Trump Jr. about that too?

REPORTER: So I asked him about it this because if you look at some of the public polling we’ve been seeing Donald Trump typically polls several points ahead of Thom Tillis in the various polls that have been produced. So I asked him why does he think that is? He made some reference to that op-ed from about two years ago now when it comes to the emergency order on the border wall. Tillis received a lot of flack for that because he was critical of the president, ended up voting with the President ultimately to allow that emergency order to go forward. Here’s some of what Don Jr. told me.

DONALD TRUMP JR.: “There’s more of a history there. Thom initially… Donald Trump came into Republican party like a little bit of a fireball…”

“Shame on Him”: A Month In, North Carolinians Continue to Slam Tillis for Inaction on COVID Relief

ICYMI: Senator Tillis Slammed for Appearing Maskless at RNC Event After Criticizing Others for Not Wearing Masks