After Saying He “Fell Short” By Going Maskless, Tillis AGAIN Caught Without a Mask at a Trump Event

Last week, Senator Tillis was forced to apologize after being caught not wearing a mask at last Thursday’s White House event, saying, “I fell short of my own standard.”

Now, just a few days later, he was photographed again not wearing a mask at a Trump event — falling short yet again of his own standard and again not leading by example. 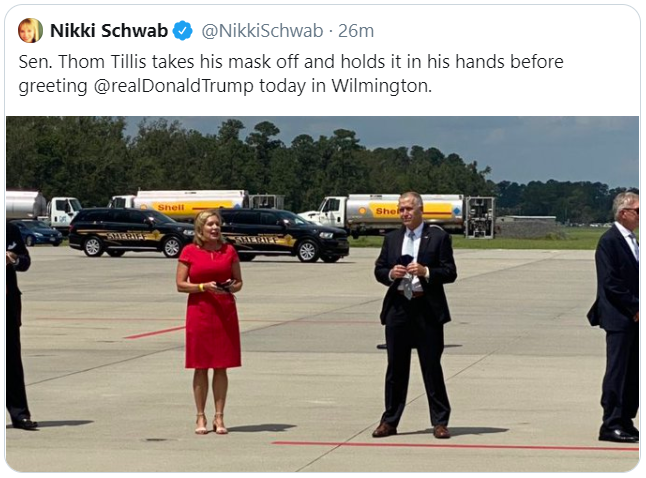 Earlier today, North Carolina nurse Cozzie Watkins and NCDP Chairman Goodwin called on Senator Tillis to suspend in-person events until he receives a negative coronavirus test and can assure North Carolinians he’s putting their public health first and foremost. So far, Tillis has not said whether he’s received a test or addressed whether he would pull down in-person events after attending last week’s event.

“If Senator Tillis fell short of his own standard last week, today he made clear that he has no standards at all,” NCDP spokesperson Robert Howard said. “Once again, he says one thing but does another, because for Senator Tillis, the rules apply to the rest of us but not to him.”