One Year Ago: Tillis Brags He Blocked Medicaid Expansion

One year ago today, Senator Tillis bragged that he blocked Medicaid expansion, boasting to Spectrum News, “I am the Speaker of the House who signed the bill that made it illegal to expand Medicaid under Obamacare.” 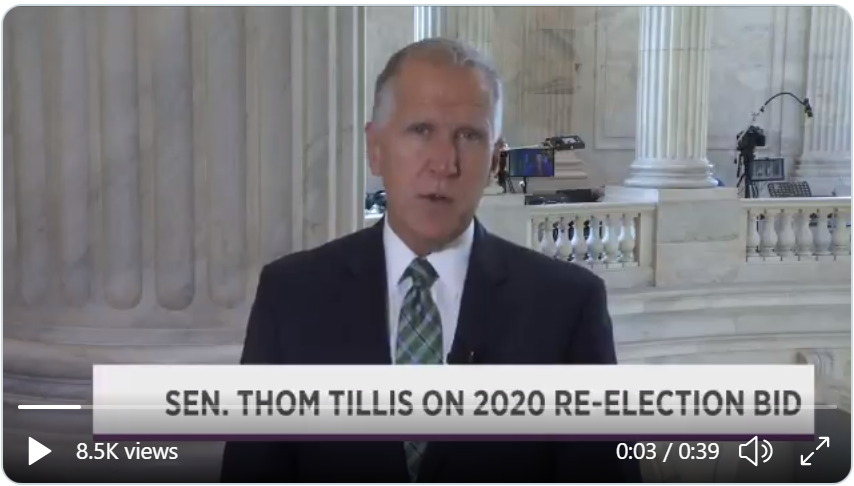 Tillis has been contorting himself into knots trying to explain his record on this important position. In 2014, he ran ads about how he blocked it “cold” only to “reverse course” a month before the election. Five years later, he circled back around and bragged about “making it illegal,” only to now decline “repeated requests” for interviews and shamelessly try to spin that he “saved Medicaid” by not expanding it.

But — as he succinctly reminded us one year ago today — nothing he says can change the fact that he blocked the state from expanding access to health care to some of the most vulnerable North Carolinians.

“Senator Tillis’ decision to block expansion as Speaker was wrong then. Now, in the middle of a pandemic and economic crisis, it’s even more indefensible,” NCDP spokesperson Robert Howard said. “North Carolinians didn’t need a reminder that Senator Tillis has stood against helping people access life saving care, and it’ll be a chief reason why they vote him out of office this November.”

NCDP Statement on 51st Anniversary of the Stonewall Riots

With Tillis’ Backing, Republicans “Pointedly Arguing” that “The Entire ACA Must Fall” and “Pre-Existing Condition Rules Must Be Overturned”