Tillis Predicted By August Everything Will Look Different. Here’s How Things Look.

Tillis: “We’ll be doing million and millions of tests, we’ll do the antibody tests, we’ll have good reports, I think, on the beginnings of economic progress. And I think all those things will benefit the president and they’ll benefit me.”

Since then, US economy suffered worse quarter on record, unemployment remains persistently high, NC faces significant testing delays, 20% of the state is without health insurance

In May, Senator Tillis predicted that, as Politico described it, “by August everything will look different” and that will benefit his reelection chances. “We’ll be doing million and millions of tests, we’ll do the antibody tests, we’ll have good reports, I think, on the beginnings of economic progress,” Tillis said. “And I think all those things will benefit the president and they’ll benefit me.”

Things certainly look different — just not for the better.

Thanks to the Administration’s failed coronavirus response and Senator Tillis’ inability to hold them accountable or deliver another coronavirus relief package, the economy is in free fall, unemployment remains near record highs, testing delays are creating “ballooning turnaround time,” and more North Carolinians are losing their health insurance. Tillis, meanwhile, is consistently trailing in the polls as Republicans publicly say they are “feeling more pessimistic” about him.

“Despite Senator Tillis’ prediction that everything would be better by August, more North Carolinians are out of work and without health care than before,” NCDP spokesperson Robert Howard said. “Senator Tillis and President Trump’s inability to combat the spread of the virus or provide desperately needed relief is putting North Carolinans’ safety and economic security at risk.”

The US Economy Suffered the Worst Economic Decline on Record in Q2 of 2020, as GDP Contracted 32.9%. 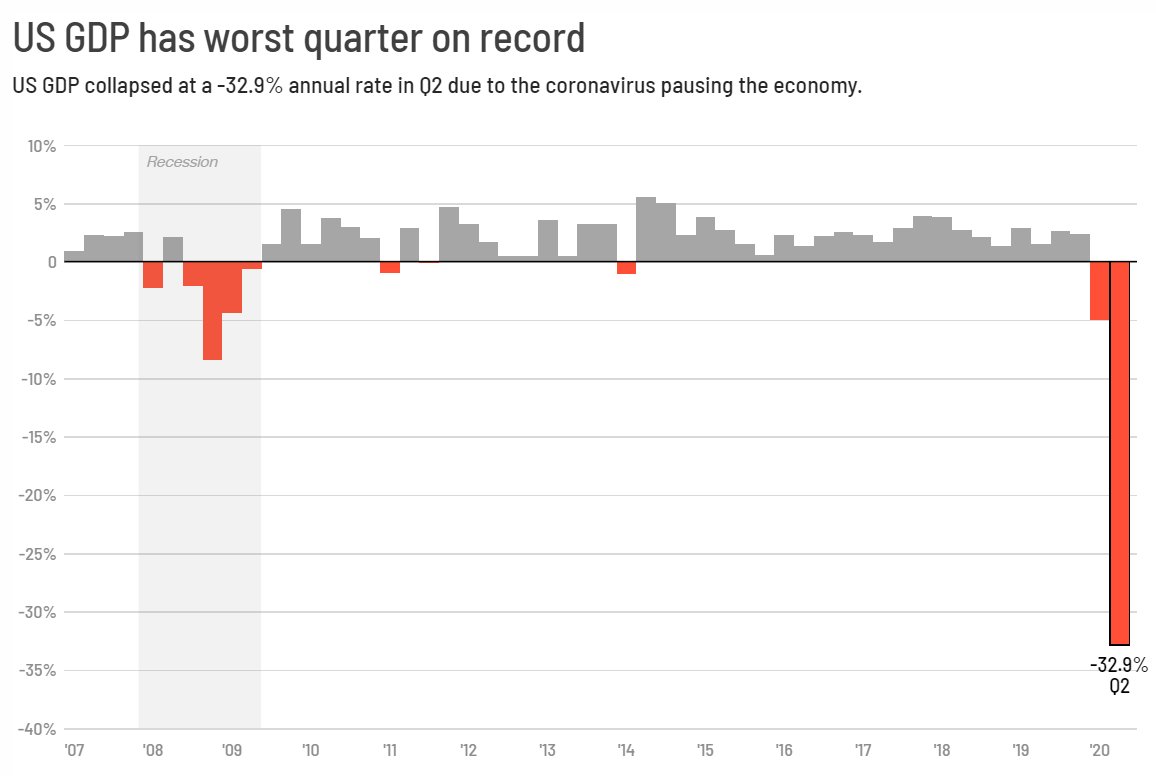 The Number of North Carolinians Out of Work Remains Near Record High as Workers Pay the Price for the Federal Government’s Failure To Control The Virus and as Tillis Fails to Deliver Additional Benefits Workers Need.

More Than a Quarter of a Million North Carolinians Have Lost Their Health Care During the Pandemic As 20% of North Carolinians Now Lack Health Insurance. Many Now “Struggle to Access New Plans” Thanks to Tillis’ Vote to Block Medicaid Expansion.

Since May, Senator Tillis Has Consistently Trailed in the Polls as Republicans are “Feeling More Pessimistic” about Tillis. 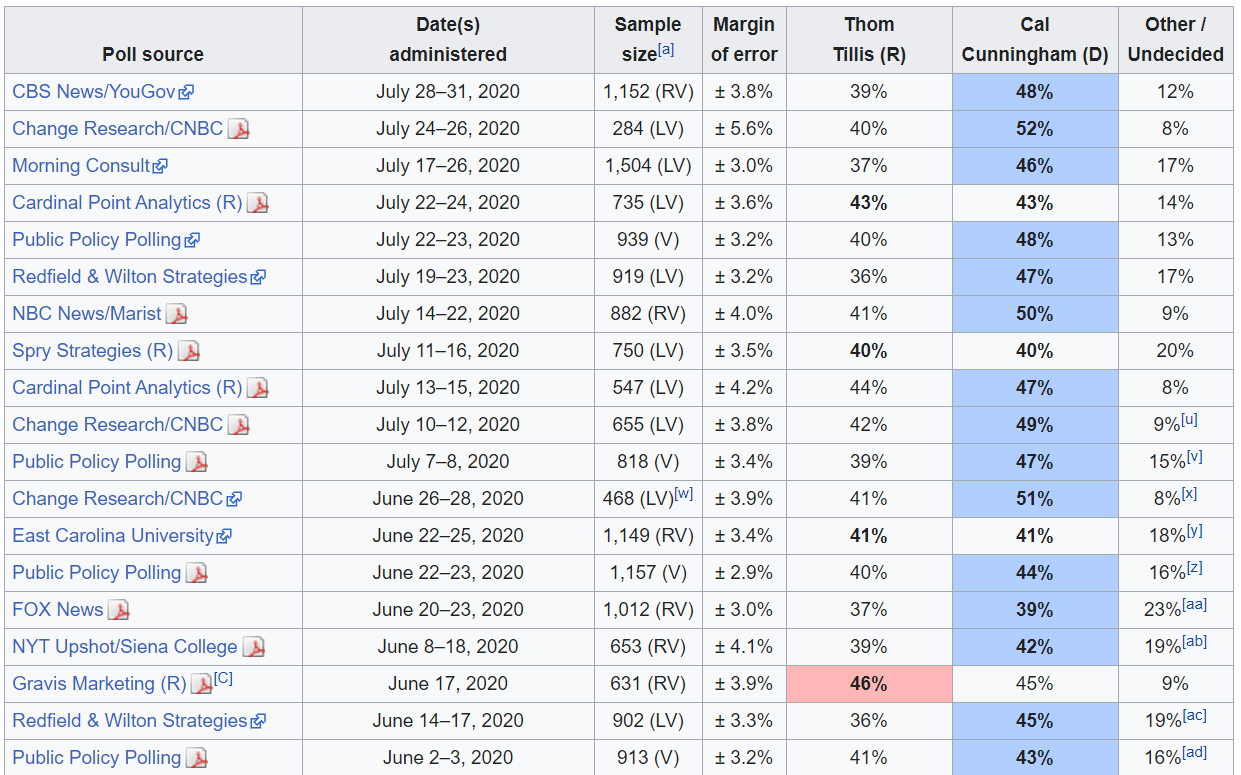