The legislation would provide at least $100 million in funding to North Carolina to expand access to high-speed internet so North Carolinians can do their jobs, participate equally in school learning, have access to health care, and stay connected. The bipartisan infrastructure deal is part of the President’s economic plan to invest in America’s future and ensure our state and country are well-positioned to win the 21st century. 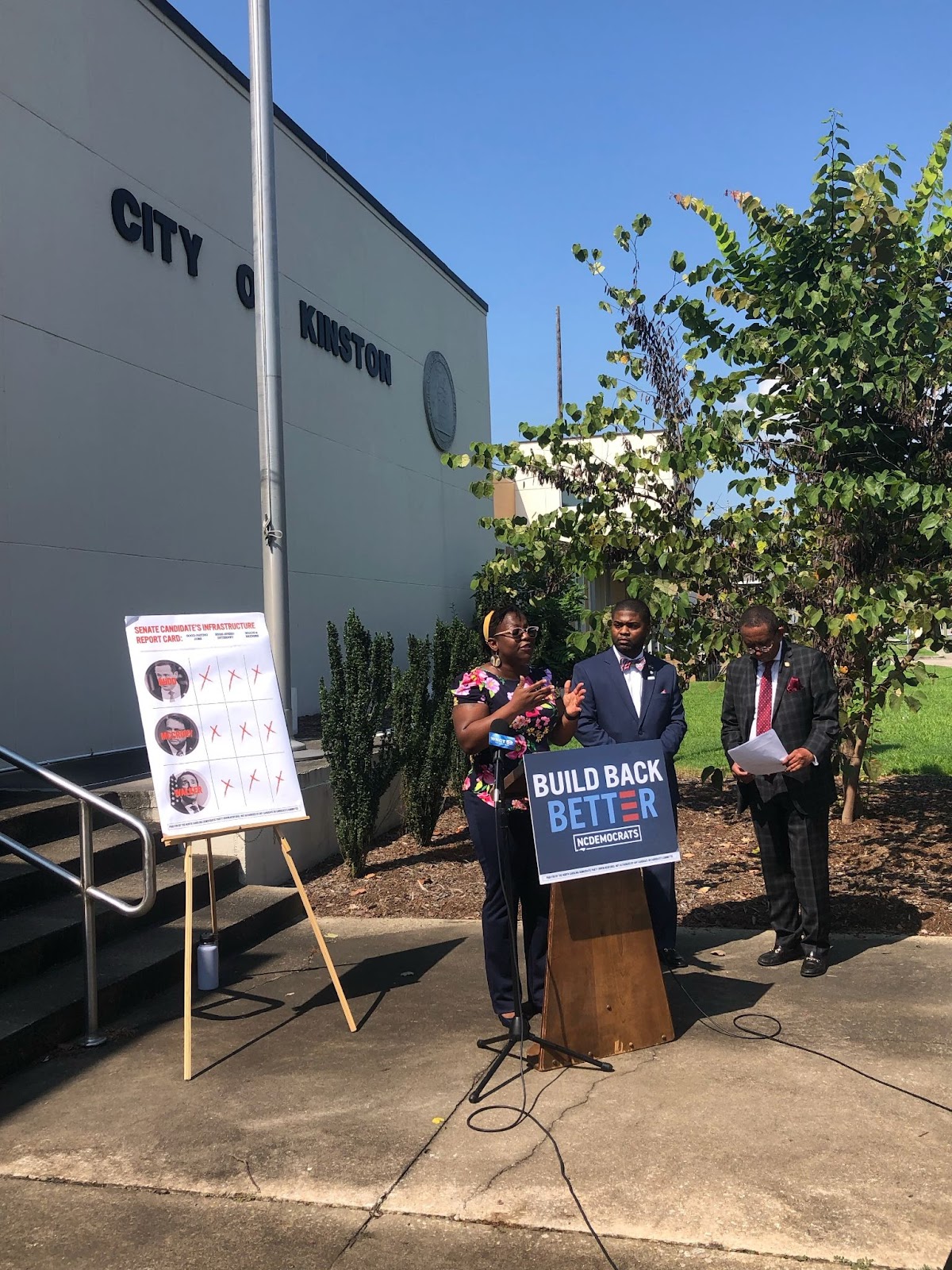 “North Carolinians also deserve to know that the top three Republicans running for U.S. Senate oppose this deal, even though it has received bipartisan support, including from North Carolina Senators Richard Burr and Thom Tillis. That means they oppose expanding access to high-speed internet in North Carolina. They oppose creating good-paying jobs for North Carolinians, and they oppose investing in critical infrastructure, like our pipes that ensure folks get clean drinking water and our roads that bridges that get us safely to work and school,” said NCDP Vice Chair Floyd McKissick.

“We know that the deal’s investment in expanding broadband will position eastern North Carolina workers, farmers, and businesses – small and large alike – to compete and win. It will deliver results for the working people of Kinston and across the state,” said Mayor Don Hardy of Kinston.

“This disparity highlights how rural areas are becoming forgotten. Kids can’t keep up in school. Parents can’t take them to the library to do homework while also balancing work.  And these are problems that aren’t new. They’ve been plaguing our communities for years. The pandemic was tough on all Americans. It shouldn’t have been made harder for folks by not having access to broadband to go about their daily lives,” said Crystal Gwendo, an education non-profit leader.

NCDP Statement on Senate Passage of The Bipartisan Infrastructure Deal