The legislation would provide at least $100 million in funding to North Carolina to expand access to high-speed internet so North Carolinians can do their jobs, participate equally in school learning, have access to health care, and stay connected. The bipartisan infrastructure deal is part of the President’s economic plan to invest in America’s future and ensure our state and country are well-positioned to win the 21st century.

See below for a roundup of coverage from the event: 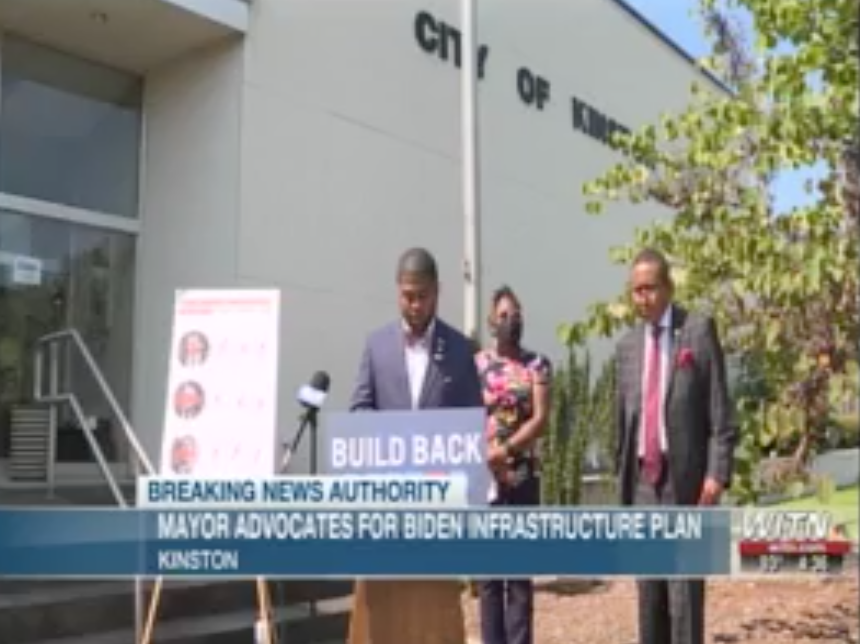 WNCT: NC city leaders push House Reps for passing $1 trillion infrastructure bill ––
“The $1.2 trillion dollar bill is a bi-partisan feat. Senate Minority Leader Mitch McConnell and both North Carolina Republican senators voted in favor of the bill, but some state representatives could hold up the bill.  House Representative Tedd Budd has his critiques, saying the bill is an economic issue that could push growing industries offshore.  Today, in Kinston, democrat leaders, non-profit education workers, and Mayor Don Hardy held a press conference. They urged house representatives to work across the aisle to invest in rural areas in the east – highlighting that the bill would bring funds to these areas, immediately. ‘If it is not passed, it could be another decade or more before we see those bridges or highways, or broadband, a necessity coming in to eastern North Carolina, and across our state in a significant way,’ said NCDP Vice Chair Floyd McKissick.”

ICYMI: DNC’s “Build Back Better” Stop in Durham Highlights How President Biden and Democrats Are Delivering for NC Families