Yesterday, the DNC unveiled billboards in 20 states across the country, including in Greensboro, North Carolina. The “billboard blitz” is a sign that Democrats are not letting up when it comes to making sure voters know exactly who fought for them on the American Rescue Plan — and who stood in the way. As DNC Jaime Harrison said: “Folks across the country and senators traveling home won’t be able to miss this message.”

Last night, the Greensboro billboard was featured on MSNBC. 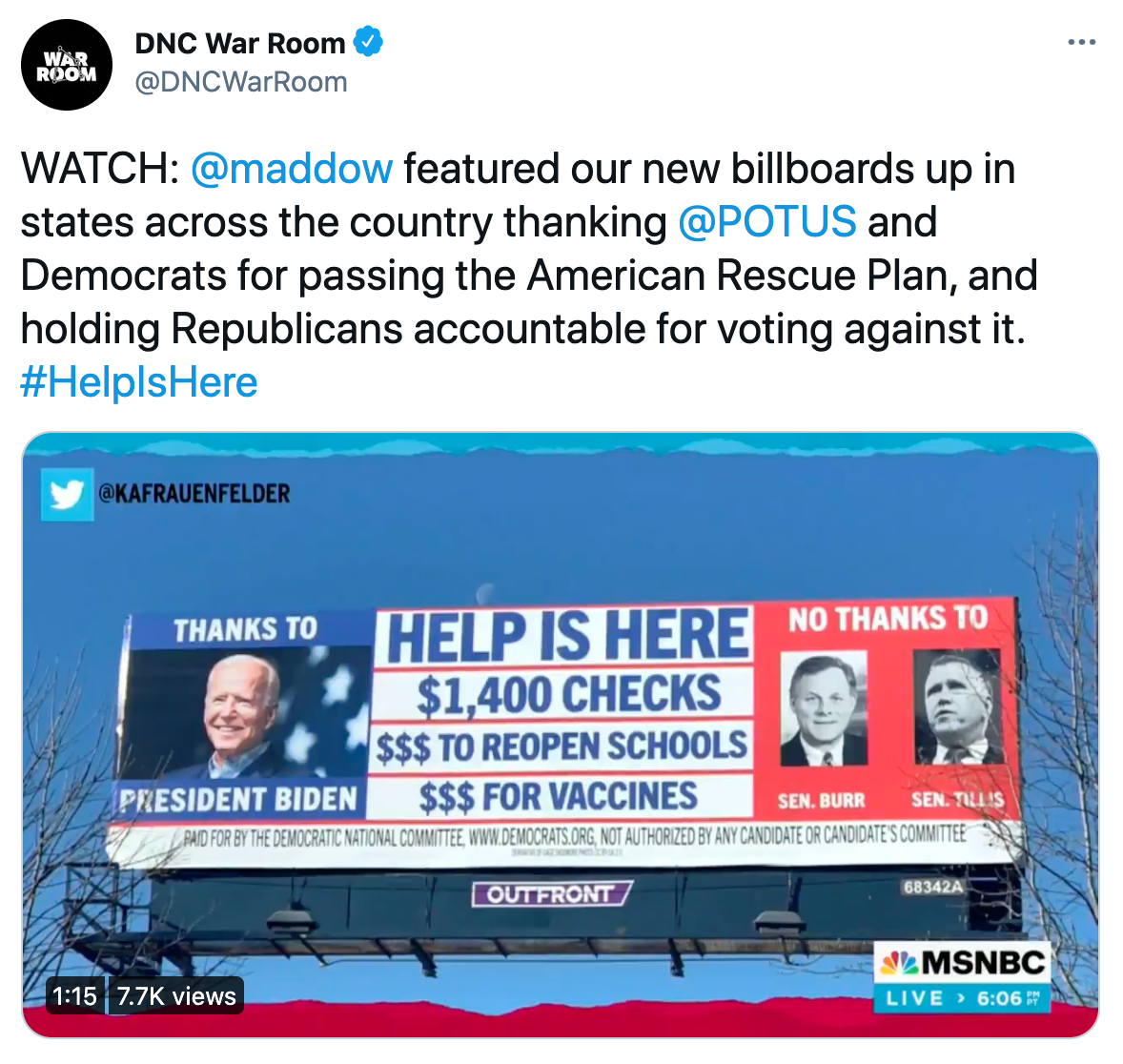 This billboard is the latest step Democrats have taken to make sure North Carolinians know help is here with President Biden’s American Rescue Plan, a plan that is overwhelmingly popular with voters. In March, a TV ad went up in Raleigh touting the benefits of the American Rescue Plan — $1400 checks to millions of North Carolinians, funding for vaccines, relief for families that would cut child poverty in half.

As NCDP Chair Bobbie Richardson said: “This is just the start of a sustained effort to spread our message to North Carolinians far and wide that this is what happens when Democrats are elected to govern.”

This legislation is overwhelmingly popular with a bipartisan majority of voters. Just last week, Republican Congressman Madison Cawthorn touted grants included in the American Rescue Plan for health centers in his district, despite voting against the bill. He was “destroyed on Twitter” for it and exposed by his local television station for his hypocrisy.

NC Democrats See “Glimmer Of Hope” On Medicaid Expansion As Republican Pressures Rise: “This Could Be The Year.”