“Ted Budd is telling voters exactly what he’ll do if he wins this U.S. Senate seat and Republicans a majority in Washington. He’s telling women that he wants to control their bodies, their lives, and their futures. Here’s what I want to tell Ted Budd: A doctor’s office is way too small for a woman, her doctor, and the U.S. government,” said Rep. Rachel Hunt.

“Women have the right to make their own health care decisions without out of step politicians like Ted Budd getting in the way. Our reproductive freedom is on the ballot this November. We are in a fight to make sure everyone has the power to control their own bodies, lives, and futures. We deserve elected officials who believe that as well,” said Jane Whitley, Mecklenburg County Democratic Party Chair.

“It’s terrifying to think that Ted Budd could pass laws that would take away North Carolinians’ rights and put women’s lives in danger. As a woman, mom, and North Carolina voter, I’m committed to doing everything I can to stop Congressman Ted Budd and keep politicians out of these deeply personal decisions,” said Scarlett Hollingsworth, Charlotte mom. 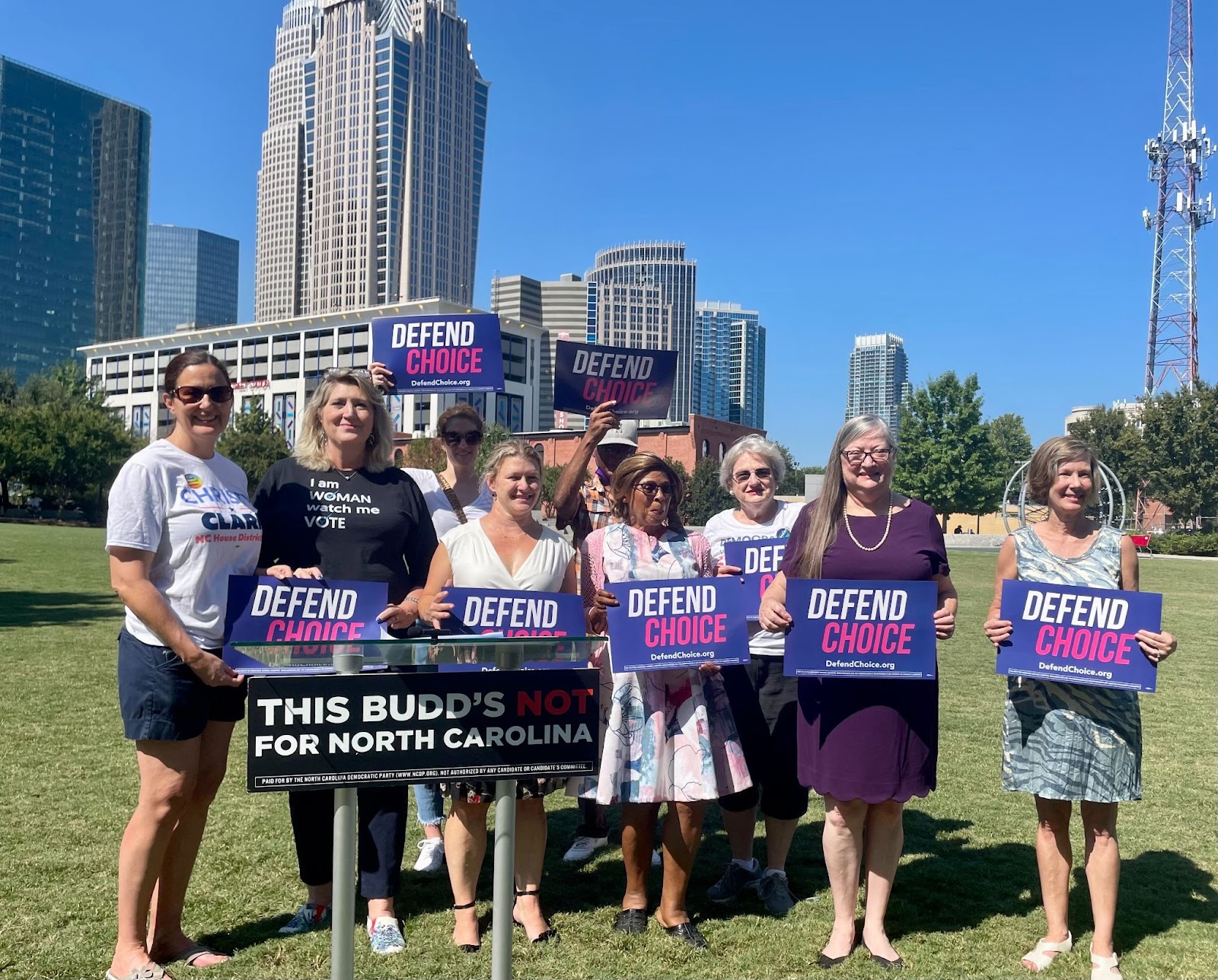 Budd Proves “He Really is an Election Denier”