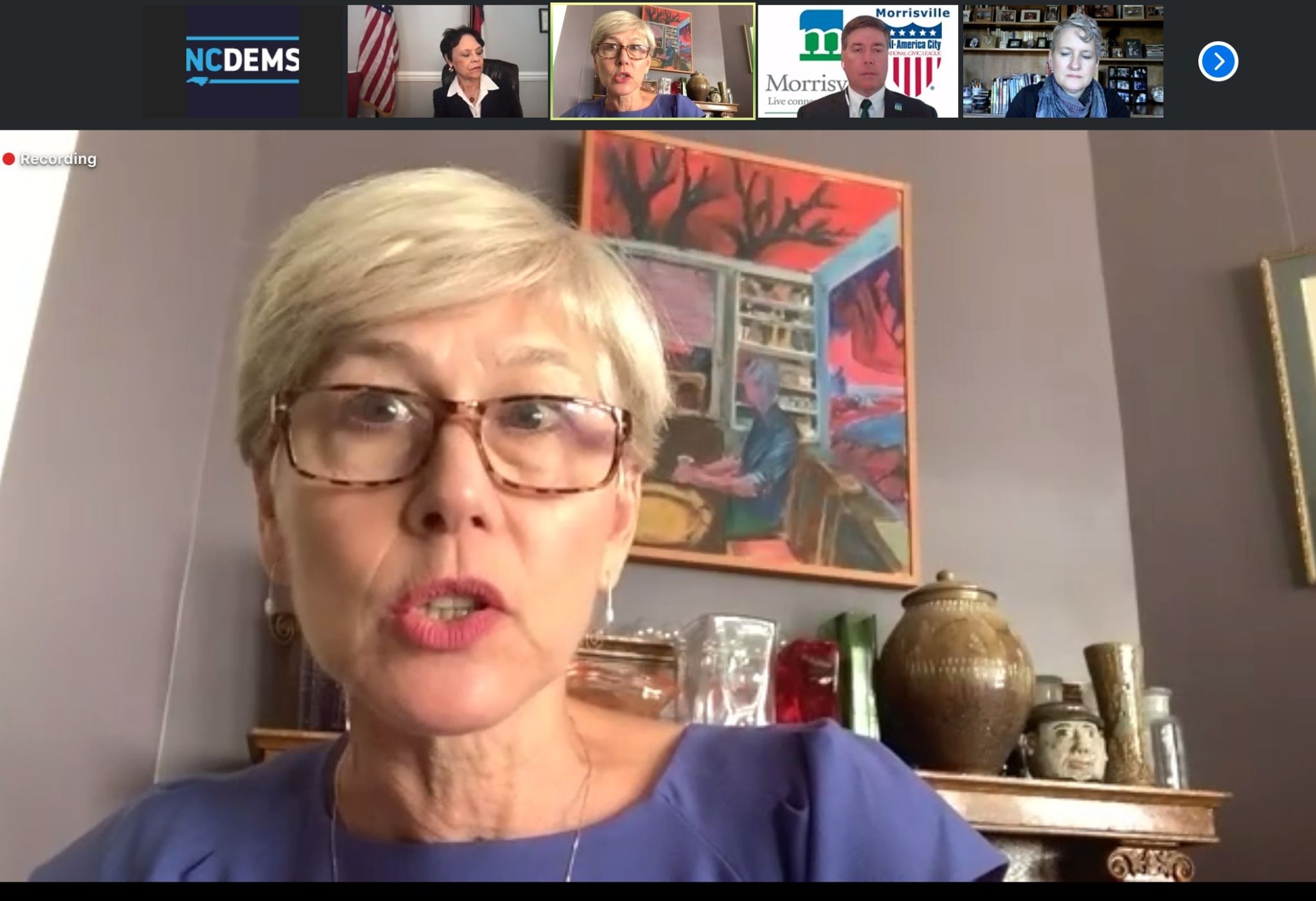 “Improving our public transportation networks through President Biden’s bipartisan infrastructure deal will have far-reaching benefits across industries as people will be empowered and enabled to seek economic opportunities beyond their immediate area. Wake County, in particular, is one of the fastest growing counties in the entire country. Our infrastructure has not grown with our community. We need a seamless transportation network to connect Wake County to the rest of the state and nation. The bipartisan infrastructure deal will bring our innovation to the rest of the country,” said Congresswoman Deborah Ross (NC-02).

“As a Mayor, I know firsthand the critical need for comprehensive investment in public transportation, roads, bridges, passenger and freight rail, drinking water and wastewater, clean energy and electrification, extreme weather-resiliency and high-speed internet access. The future of our cities and towns is incumbent on how we invest today, and President Biden and Vice President Harris get that. In Morrisville, the deal will help to create good-paying union jobs by creating opportunities for workers. That’s a big deal for us,” said Mayor TJ Cawley of Morrisville.

“We all want good quality jobs and workers’ rights in order to provide for ourselves and our families. That’s why President Biden’s bipartisan infrastructure deal is so important to union members and working people across North Carolina. The President’s priorities align with working peoples’ priorities: we both want to create jobs and make sure that those jobs are high quality, sustainable and protect working people,” said NC AFL-CIO President MaryBe McMillan.