REMINDER: Tillis Said “I Support Anything” that Takes ACA “Off the Table,” Including GOP Lawsuit

Ahead of tomorrow’s deadline for briefs in the lawsuit to overturn the entire Affordable Care Act and with it important consumer protections like those for people with pre-existing conditions, a reminder that Senator Tillis has already thrown his support behind this lawsuit.

When asked specifically about the ACA lawsuit last summer, Tillis first tried to dodge but then said, “I support anything that ultimately takes [the ACA] off the table.” 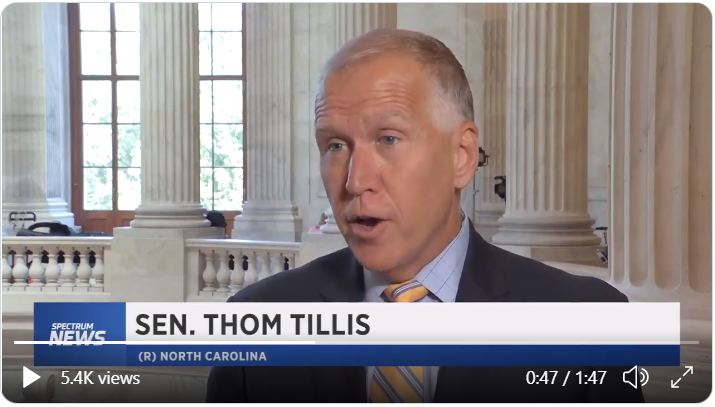 Reporter: Do you support the lawsuit?

Tillis: “I haven’t looked at the specifics of the lawsuit so it would be difficult for me to comment. What I should say though is I support anything that ultimately takes a failed health care plan – Obamacare – off the table so that we can start talking about a sustainable one.”