QUICK CLIP: Tillis Forced to Backtrack In Brutal Interview After Accidentally Making the Case for Witnesses

In a cringe-worthy interview just now, Senator Tillis accidentally made the case for why the Senate should call witnesses, telling a reporter “I don’t know what he said” when asked whether he was comfortable with the latest revelation from former National Security Advisor John Bolton.

When the reporter reminded Tillis that he could call Bolton as a witness, Tillis looked like a deer in headlights and struggled to find the words to backtrack what he just said. 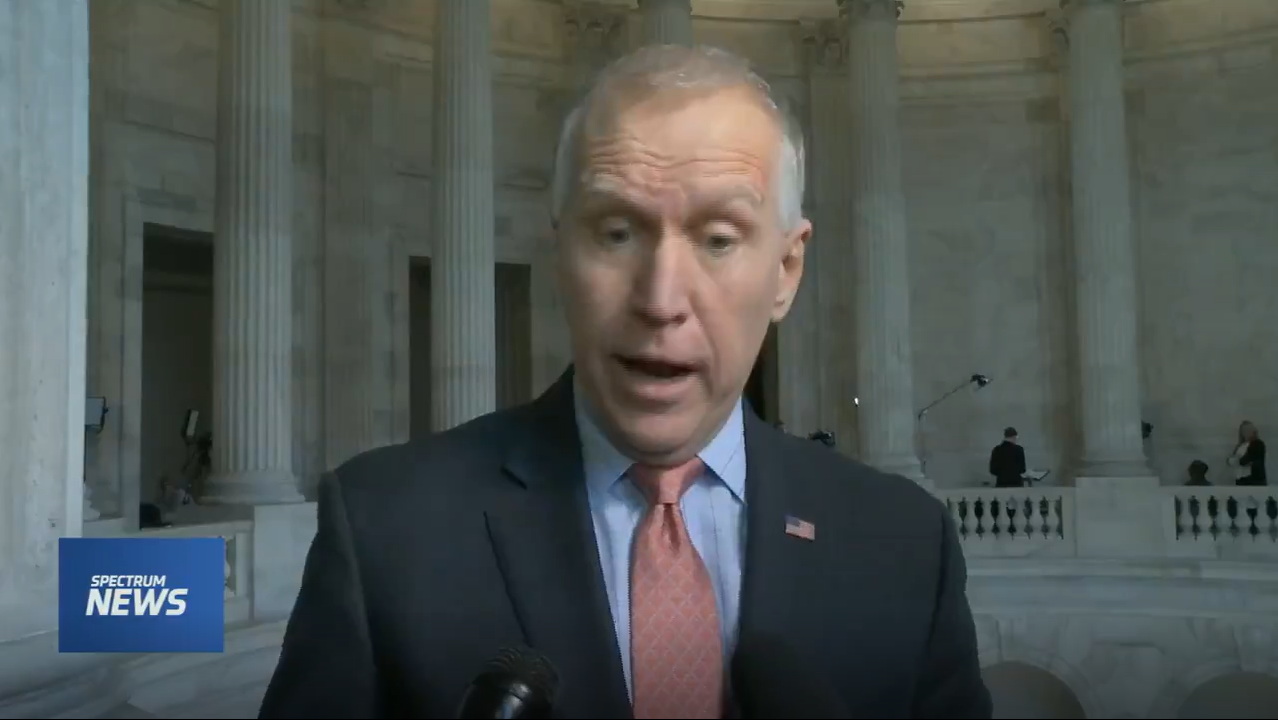 Reporter: Is [the revelation from John Bolton] something you’re comfortable with?

Tillis: I think it’s a hypothetical because I don’t know what he said.

Reporter: You could find out.

Tillis “long ago laid his political future at the feet of the president” and “already appears to have made up his mind before his chamber conducts one interview.” He’s a self-serving politician who is “running scared” to avoid “political death,” putting his reelection ahead of finding facts and hearing from key witnesses even as the American people overwhelmingly demand witnesses and a fair trial.

"You Saw What Happened to Tillis”: Tillis Is the 2020 Poster Child for Republicans’ Losing their Spine to Trump