NEW QUIZ: Which Thom Tillis Are You?

Are you a “Trump skeptic” or “Trump’s BFF”? What about a “Raleigh Insider” doing the bidding of wealthy corporate interests? Maybe you’re more of an “Election Year Moderate” (until Donald Trump or Mitch McConnell get you back in line, of course).

North Carolinians have been subjected to a lot of different versions of Thom Tillis over the years – including a new one this week in his new ad. Now, you can find out which version of Thom you are by playing a new quiz from the North Carolina Democratic Party – but hurry, the results could change depending on which way the wind blows!

“Senator Tillis has spent his entire career blowing in the wind, flailing from one version of himself to the next while always putting corporate special interests before North Carolina families,” NCDP spokesperson Robert Howard said. “Senator Tillis is desperate to rehab his image – and reinvent his record helping those on top stay on top – because he’s a weak career politician who North Carolinians don’t trust.”

Here’s all the different versions of Thom Tillis: 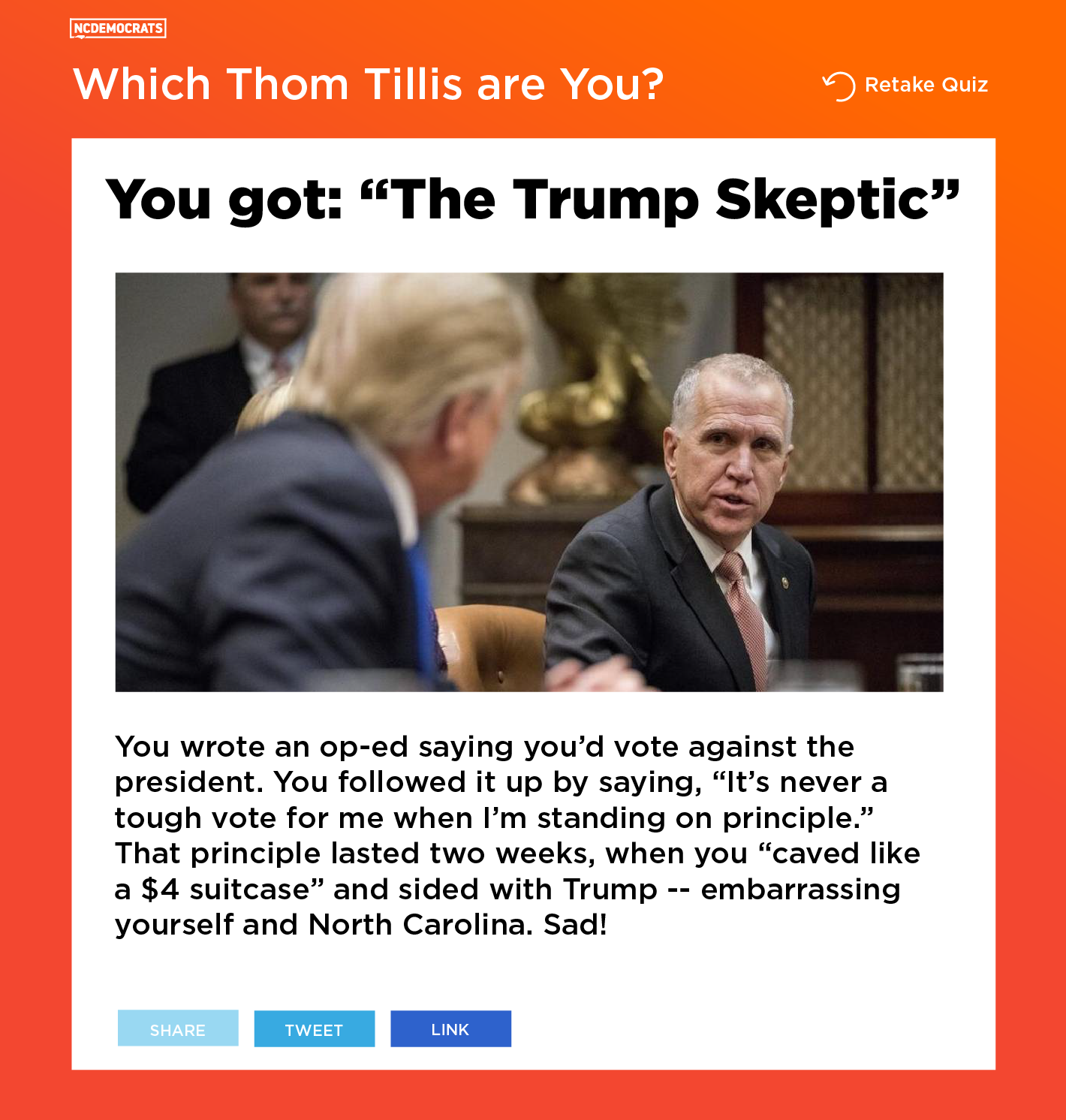 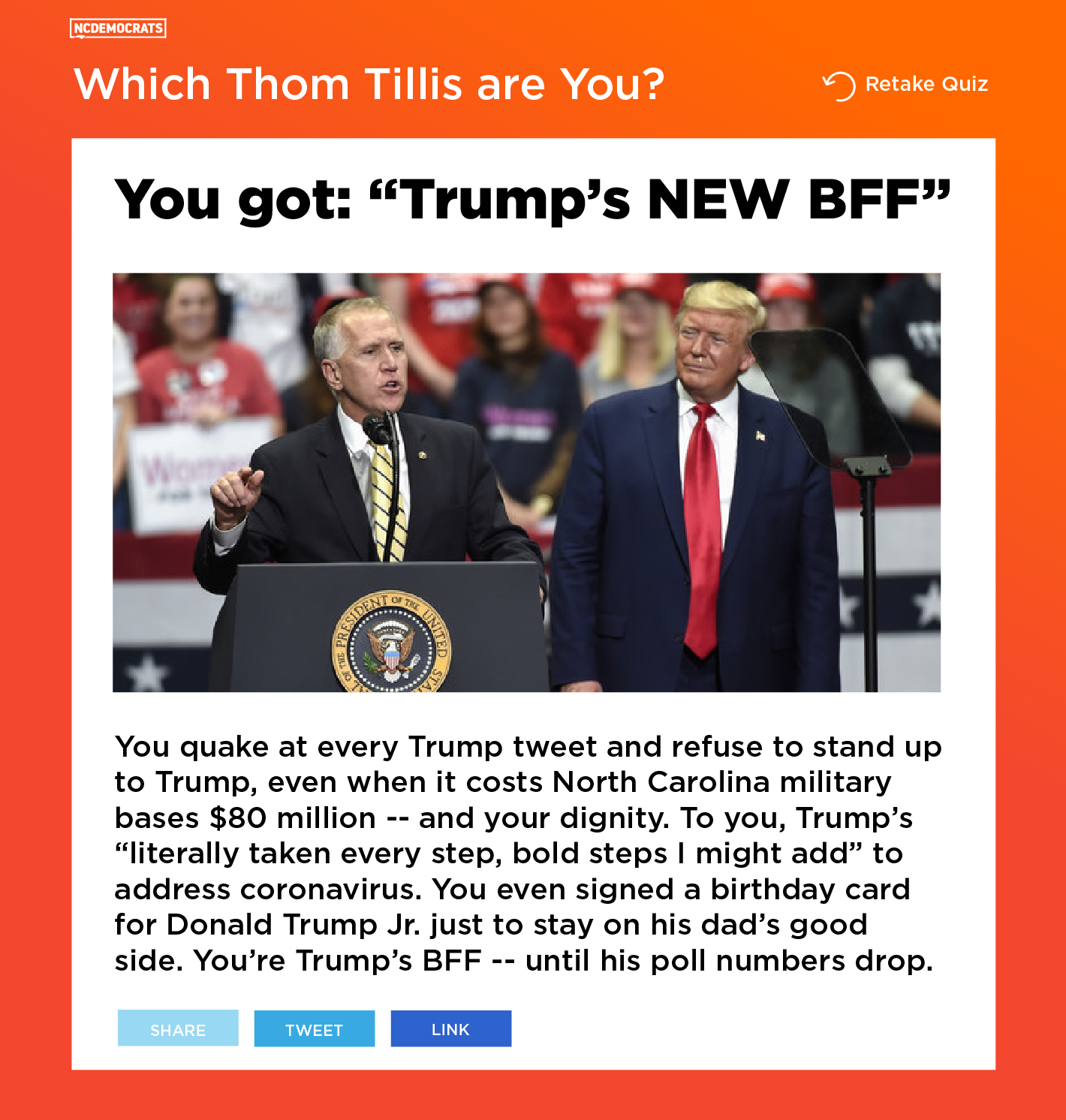 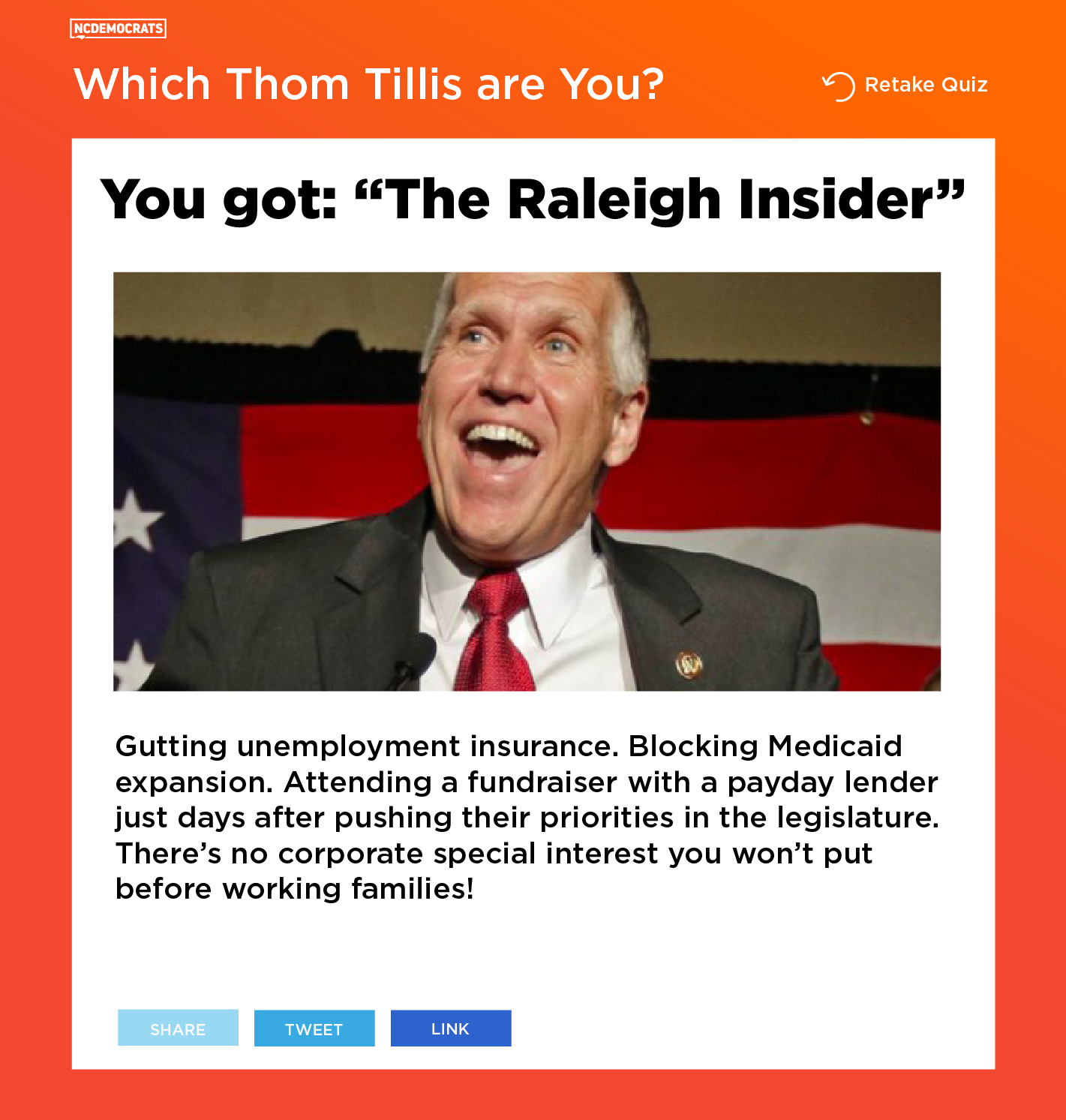 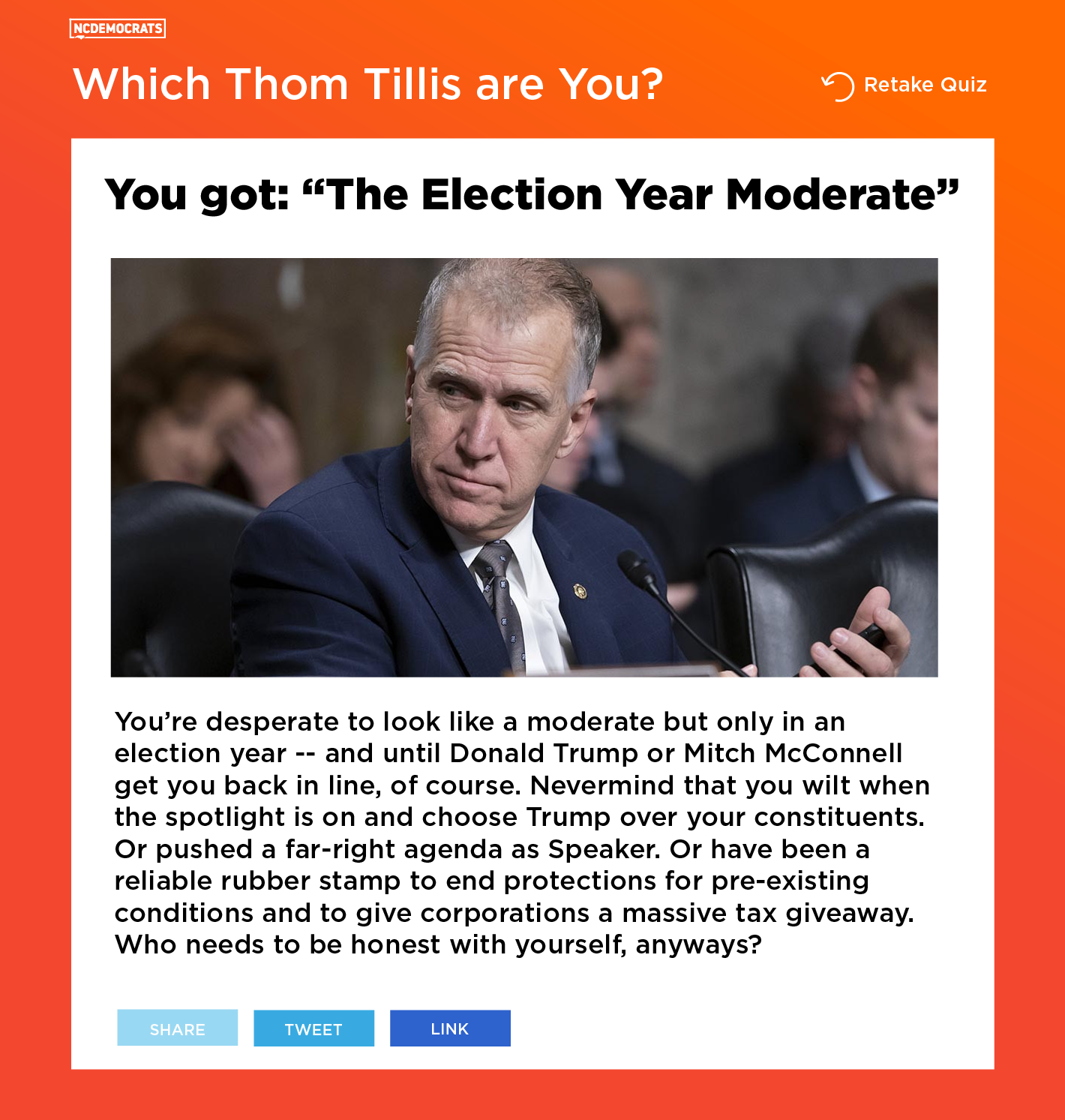 NCDP Statement on the Murder of George Floyd