North Carolina mayors across party lines are calling on Congress to pass President Biden’s Bipartisan Infrastructure Framework, a historic investment in our nation’s infrastructure that will make life better for millions of Americans, create a generation of good-paying union jobs and economic growth, and position the United States, including North Carolina, to win the 21st century.

Yesterday, mayors from Salisbury, Greensboro, Asheville, Mooresville, and Kinston held a press conference to highlight how the Bipartisan Infrastructure Framework will benefit North Carolina and urged Congress to pass this critical piece of legislation.

While a bipartisan group of North Carolina mayors and Senators Richard Burr and Thom Tillis support the Bipartisan Infrastructure Framework, the majority of Republicans in Congress have been talking a big game about infrastructure investment for years but have yet to honor that commitment and vote to move forward with a bill.

See below for coverage of North Carolina Mayors calling for Congress to pass the Bipartisan Infrastructure Framework: 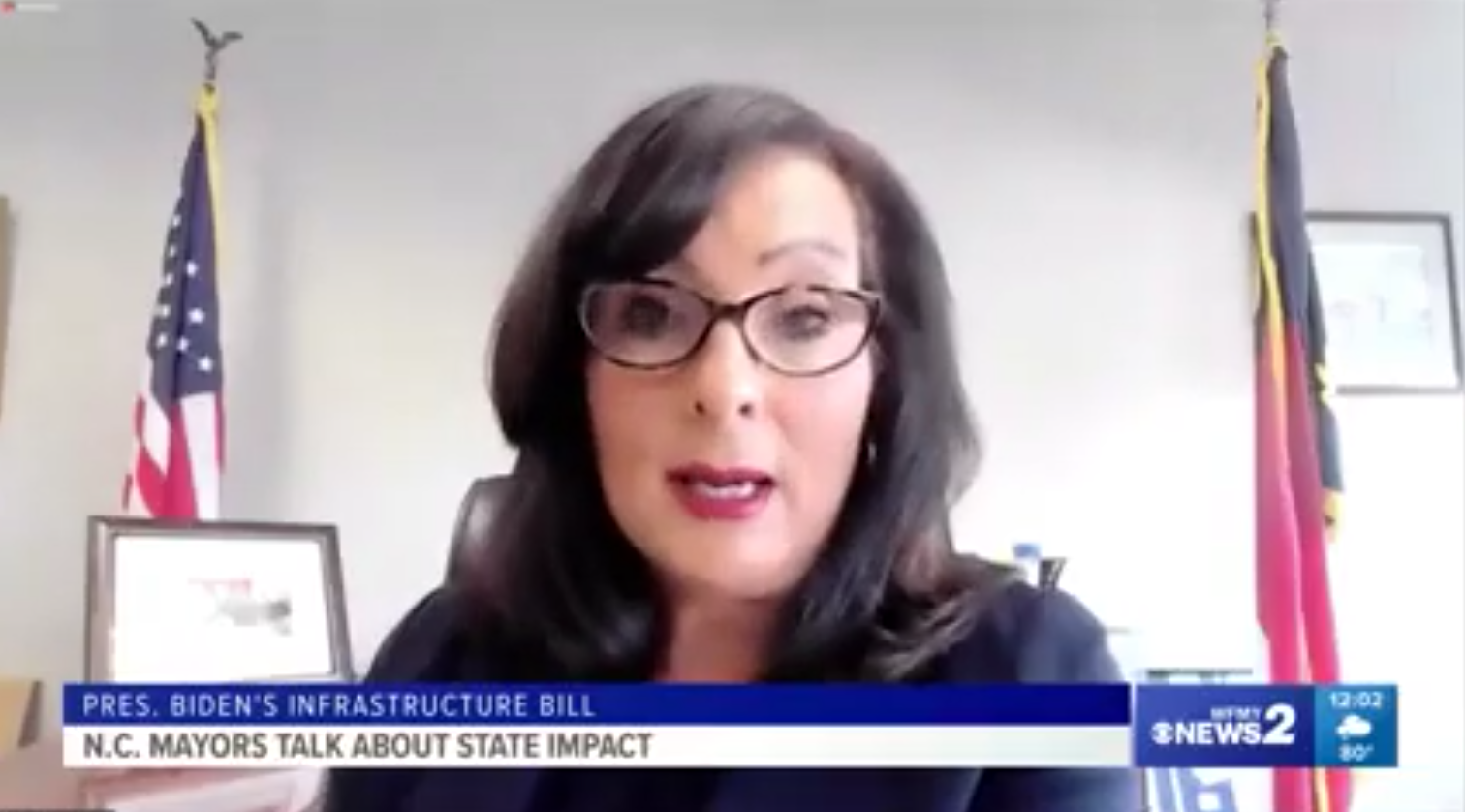 “During a meeting this morning, Greensboro’s Mayor Nancy Vaughan talked about the importance of bipartisan support for the infrastructure plan and the impact it could have on our state… Our needs are outpacing our budget. High quality road maintenance, transit and broadband are services that our residents expect and deserve.”

WGHP Fox8: Coalition of North Carolina mayors throw support behind president’s infrastructure bill ––
“Roughly $579 billion in financial help to fund crucial infrastructure projects across the country is being debated in Congress, and a coalition of North Carolina mayors have thrown their support behind the bill. The bill is just a portion of a larger, nearly $1 trillion spending package proposed by President Joe Biden. The bill, in its current form, will allot $579 billion for infrastructure projects that will involve transportation, the expansion of broadband access, and major upgrades to city and county pipeline systems that carry drinking water and sewage. It has bipartisan support, including that from Sens. Richard Burr and Thom Tillis… Mayor of Salisbury Karen Alexander describes the impact being felt by rural communities, saying, ‘We have some rural communities that have seen population and job loses and as a result of that have had to defer water and sewer maintenance needs.’”

WITN: Kinston mayor joins other state mayors in support of federal infrastructure bill ––
“Several North Carolina mayors gathered virtually this morning to push for passage of the bipartisan infrastructure plan that is struggling to get through congress. Mayors from Salisbury, Greensboro, Asheville, Mooresville, and Kinston Mayor Don Hardy were on hand. Each mayor spoke to the benefits their share of the $579 billion in infrastructure investments would bring to their cities. Hardy talked about how the money could go to work for issues Eastern Carolina is certainly familiar with: hurricane resiliency… ‘We can make our roads and bridges more resilient, make our water and sewer systems less susceptible to the damaging effects of flooding, build them so that they won’t fail or crumble,’ Hardy said, “It is the same with our buildings and all the infrastructure we rely on. This bi-partisan infrastructure plan includes money to do just that.”

WLOS: Asheville mayor joins other NC leaders urging Congress to pass infrastructure bill ––
“Mayor Esther Manheimer joined a group of other mayors from across North Carolina Tuesday morning to talk about the importance of federal funding. The mayor said Asheville is unique because a large burden on the city’s infrastructure comes from the growing number of visitors who travel from out of town to enjoy the mountains and local resources. ‘For both our residents and our visitors, we want to keep Asheville attractive, accessible and livable,’ Mayor Manheimer said during the meeting. ‘That means investments in transportation and affordable housing, that means having our city walkable and bike-able. And having parks and open spaces that connect the entire community.’The infrastructure bill has bipartisan support.”