Raleigh – On Tuesday, fringe group ReOpen NC held its third protest, where protesters violated social distancing guidelines and Governor Cooper’s executive order on mass gatherings. Four arrests were made, including ReOpen NC co-founder Ashley Smith. Protesters also flaunted hateful signs and heckled health care workers. Lt. Governor Dan Forest has consistently tried to capitalize on the pandemic to score political points—his proximity to ReOpen NC is evidence of that. Following yesterday’s protest, will Forest continue to side with ReOpen NC or denounce them?Prior to her arrest, ReOpen NC organizer Ashley Smith told the press that she has been “taking guidance from” Forest as she mobilizes protesters. In an update video shared in the ReOpen NC Facebook group, Smith also described a Zoom meeting with Forest, “Kristen and I had the honor of having a meeting with Dan Forest which was so cool. He was so encouraging of our cause…and assured us of where his heart is at on this issue.”Forest said he encouraged ReOpen NC to “just keep everything peaceful and keep everything safe,” adding, “They’re just trying to share their story about why it’s important to return people’s livelihoods.”‘Peaceful’ and ‘safe’ are not words many would use to describe how events unfolded on Tuesday. ReOpen NC co-founder Kristen Elizabeth, encouraged Audrey Whitlock, who tested positive for COVID-19, to show up to Tuesday’s protest with a sign reading: “I survived COVID-19 and so will you.” Plenty of other hateful, inflammatory, and inaccurate signs were on the scene: 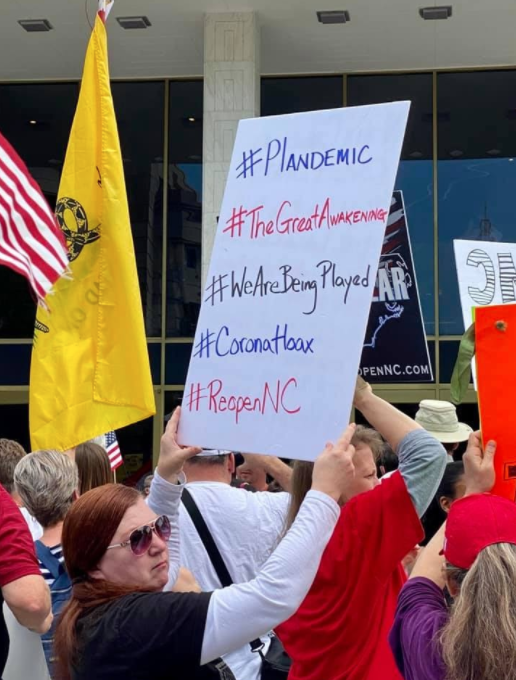 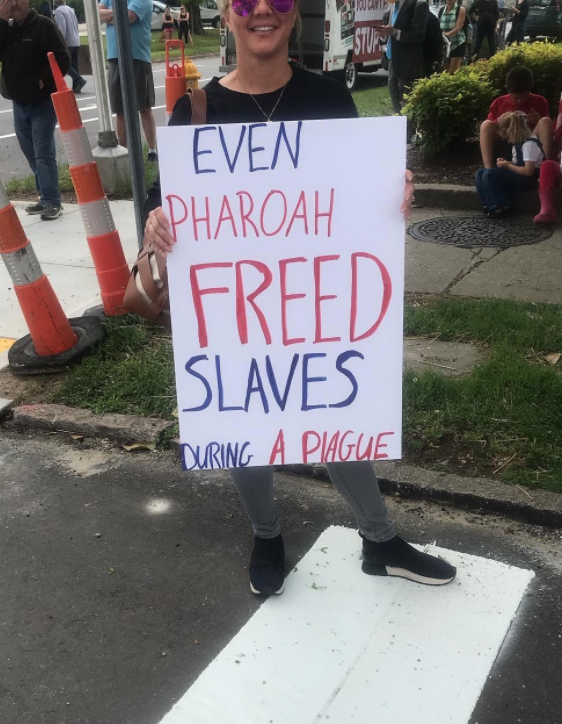 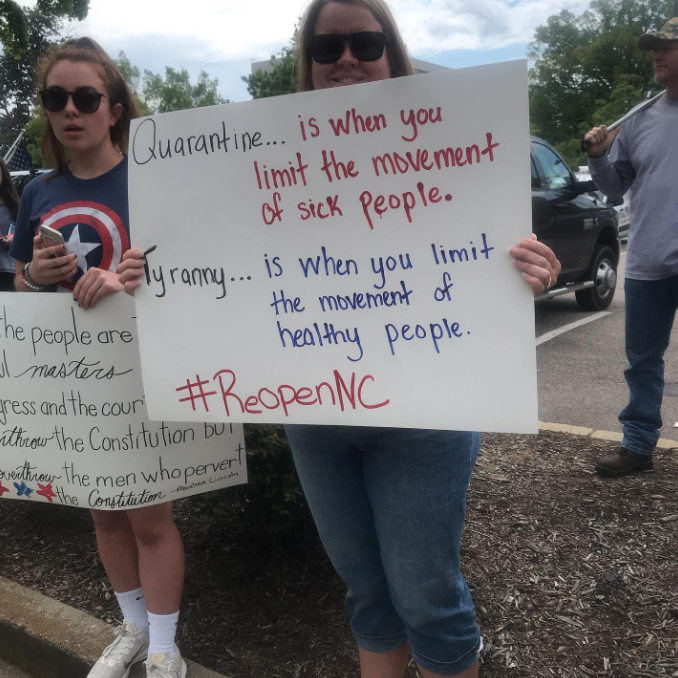 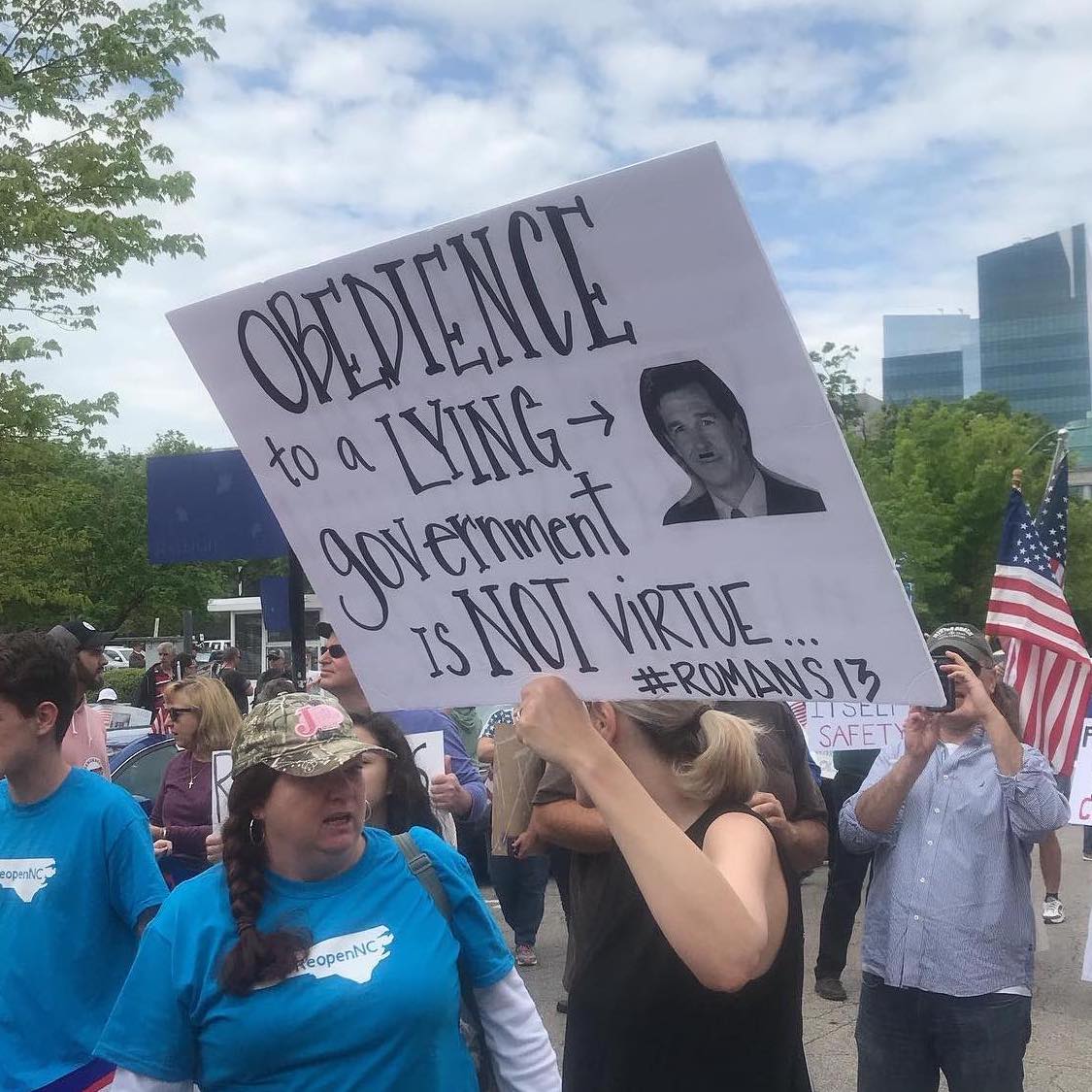 So far, Forest has refused to put the safety of North Carolinians first. Instead, he continues to inject confusion and politics into a public health crisis, and apparently operates as a consultant to ReOpen NC. Will he continue to offer his advice and support, or denounce ReOpen NC?

Where Was Tillis? Appearing at Trump Events