AD WATCH: Was Tillis Washing His Hands Between Serving Those Burgers? 🤮

Senator Tillis is continuing his desperate election year makeover with a new ad today trying to recast himself as a man of the working people by showing him walking — in a blue blazer and khakis — through a fast food kitchen. But the only image we have watching the ad is: was Thom Tillis washing his hands?

Putting aside how often he’s caved to his corporate special interests to screw over the little guy — from blocking Medicaid expansion to being the “architect of one of the stingiest state unemployment programs in the country” — Senator Tillis has questionable if not dangerous beliefs about public health laws covering kitchens like the one he’s seen walking through.

NCDP highlighted those downright gross beliefs at the start of the coronavirus pandemic, but now they take on an even harsher light: 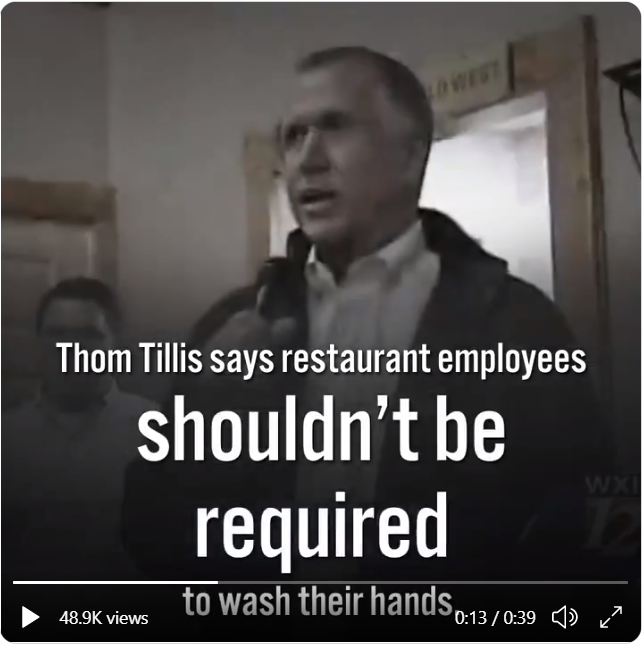 Yuck. We think we’ll get our burgers somewhere else…

“Was Senator Tillis washing his hands after using the bathroom when he was flipping those burgers?” NCDP spokesperson Robert Howard said. “Fast food aside, this new ad is yet another desperate attempt from Senator Tillis to reinvent himself – and his record – because he’s a weak politician who has spent a decade corruptly putting wealthy special interests before working families.”