WATCH: “Tillis Is in the Fight of His Political Life” Because “He Pleases Nobody”

Raleigh – A new in-state report notes that Tillis is “one of the most vulnerable Senators up for reelection next year” and “is in the fight of his political life,” facing a self-funding primary challenge from conservative businessman Garland Tucker, running from “not good” favorability numbers, and boasting “an image problem with voters.” 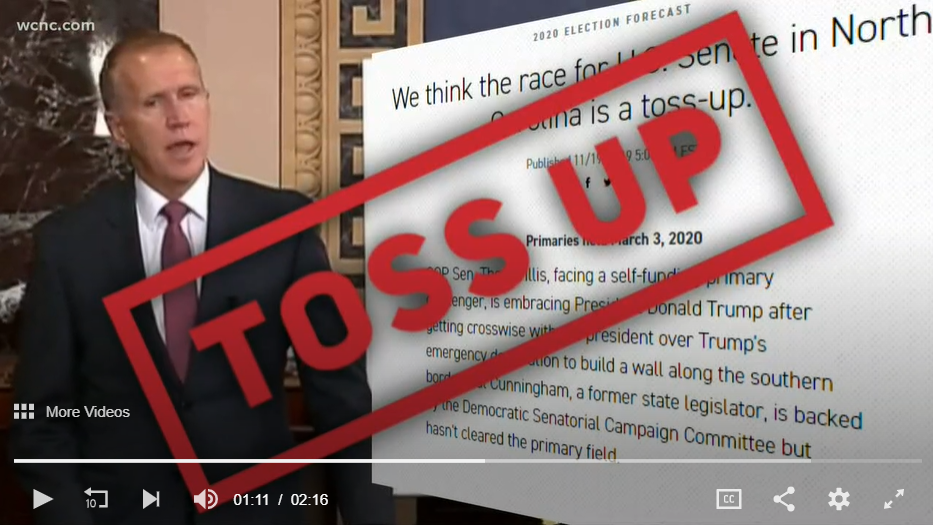 In Rolling Stone, nonpartisan elections analyst Jennifer Duffy explains why: “He pleases nobody. Conservatives aren’t happy with him. Democrats aren’t happy with him.” That earned Tillis a “primary challenge on his right from millionaire businessman Garland Tucker,” who has forced Tillis to spend “large on TV ads tying himself to Trump.”

Tillis is in a “unique position” as the only Senate Republican spending millions on a back-and-forth because he’s a weak politician who repeatedly “has abandoned the state he represents for the president he thinks he needs.”

Rolling Stone: The Battle for the Senate
By Tim Dickinson
November 22, 2019