Senator Tillis and former White House national security advisor John Bolton are thick as thieves – yet now when Bolton has offered to testify and as North Carolinians call on their senator to demand witness testimony, Tillis wants nothing to do with him.

In 2014, Tillis was endorsed by Bolton, who called him a “proven leader” and donated the maximum allowed $10,000 to Tillis’ Senate campaign. Bolton, through his Super PAC, ran advertisements for Tillis.

Bolton’s Super PAC even allegedly illegally coordinated in the same race to Tillis’ benefit. According to a complaint filed by the nonpartisan watchdog Campaign Legal Center, Bolton’s Super PAC made “illegal, excessive and unreported in-kind contributions” to Tillis’ campaign by “financing coordinated communications through the use of a common vendor, Cambridge Analytica.”

Yet now that Tillis’ close ally and supporter has offered to testify in the Senate impeachment trial, Tillis wants nothing to do with him. Bolton is a key figure in the Ukraine scandal whose testimony has not been taken, yet Tillis has been saying for a month that he will not support any witnesses and confirmed he won’t push for Bolton to testify. Taken together, it raises several key questions:

Maybe it’s because Tillis is caught in a “political Catch-22” and “already appears to have made up his mind before his chamber conducts one interview.” 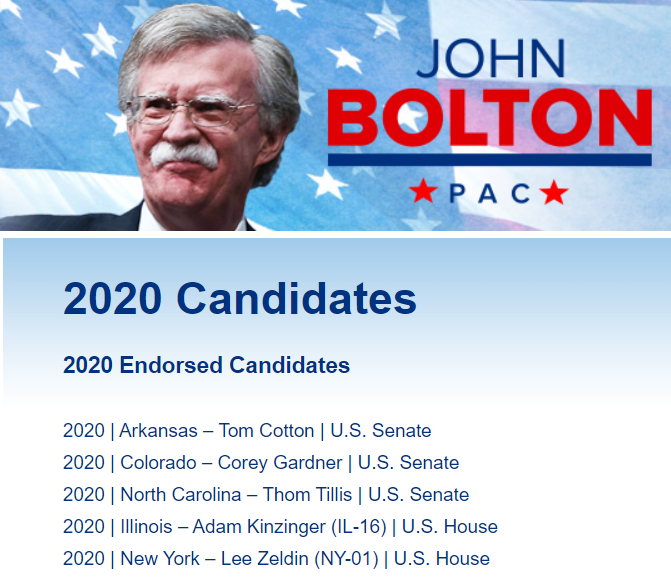