NEW VIDEO: Is Tillis with NASCAR or Trump?

Last week, President Trump attacked North Carolina native Bubba Wallace, calling Wallace’s noose incident a “hoax” and demanding an apology from the driver. Since then, NASCAR, its drivers, and other Republican Senators have spoken out in support of Wallace and against the President.

Now, a new video from the North Carolina Democratic Party asks, does Tillis stand with NASCAR or with Trump? 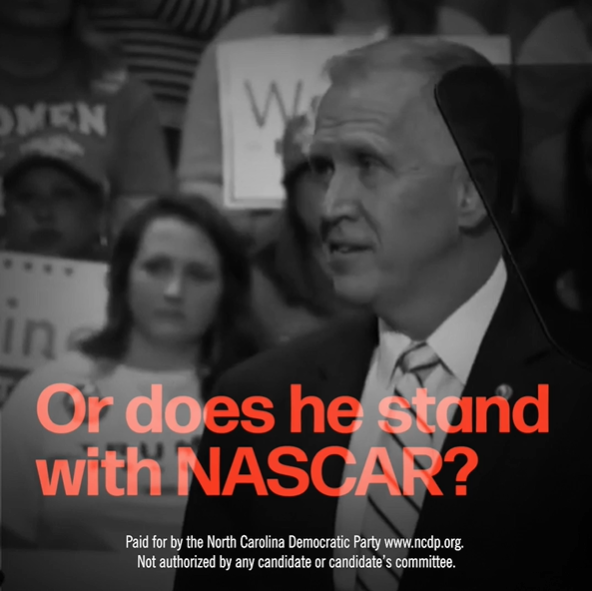 Other Republican Senators have spoken out on the controversy, as have NASCAR and its drivers. Senator Lindsey Graham (R-S.C.) broke with Trump last week, saying, “I don’t think Bubba Wallace has anything to apologize for.” NASCAR driver and North Carolina native Ty Dillion has spoken in support of Wallace. Richard Petty Motorsports owner Andrew Murstein called out the president for a “misinformed tweet,” while NASCAR said, “NASCAR continues to stand tall with Bubba.”

So, does Senator Tillis stand with NASCAR or does he stand with Trump?

ICYMI: Terry Van Duyn: 27M people have lost insurance. Trump is trying to make it harder to get.