Does Tillis Agree with McConnell that Republicans Will “Take Their Cues” from the White House Rather than Hold a Fair Trial?

Raleigh – Last week, Republican Leader Mitch McConnell gave a stunning interview where he repeatedly pledged that when impeachment moves to the Senate, Republicans will cover up for President Trump – even admitting, “I’m going to take my cues from the President’s lawyers.”

McConnell reiterated that Senate Republicans will rig the trial to cover up for the president:

“Everything I do during this I’m coordinating with the White House Counsel. There will be no difference between the president’s position and our position as to how to handle this to the extent that we can.”

“We’ll be working through this process hopefully in a fairly short period of time in total coordination with the White House Counsel’s Office and the people who are representing the president in the way to the Senate.”

“I’m going to coordinate with the president’s lawyers, so there won’t be any difference between us on how to do this.”

“I’m going to take my cues from the president’s lawyers.”

Senator Tillis has rushed to judgement on the president’s abuse of power from day one – going “double MAGA,” signing onto a partisan resolution condemning the impeachment inquiry, and saying there’s “zero basis to even entertain” this process. He’s also complained that the House has “denied the president basic due process rights.”

“Senator McConnell’s admission that the Republican Senate will simply cover up for the president’s abuse of his office is a reminder that Senator Tillis has repeatedly shown he’s unwilling to stand up for a fair and bipartisan hearing of the evidence,” NCDP spokesman Robert Howard said. “North Carolina families deserve to know whether their senator will support the rule of law and a fair trial or whether he’ll be another rubber stamp for McConnell and enable this cover-up.” 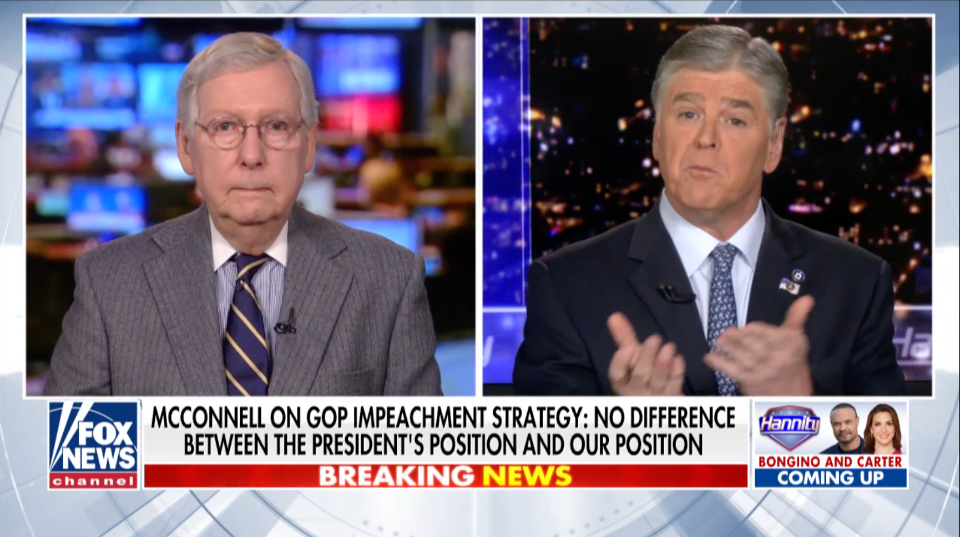