While President Biden and Democrats are hard at work in negotiations to get to the finish line on passing the Build Back Better agenda and the bipartisan infrastructure bill, a pair of historic investments that will create jobs, cut costs for families and keep the economic recovery going, the GOP has spent nearly nine months proving time and again that they have no interest in serving the people, and that there is no opportunity to help North Carolinians that trumps their singular goal of obstruction for political gain. If Ted Budd, Pat McCrory, or Mark Walker were in the U.S. Senate, North Carolinians can count on more of the same.

“When Mitch McConnell said he was 100 percent focused on stopping President Biden’s agenda, he accidentally let the truth slip. Since then, Republicans have proven time and again that they have no interest in serving the people, and if Ted Budd, Pat McCrory, or Mark Walker were in the U.S. Senate, North Carolinians can count on more of the same. The bottom line is — Democrats have a vision to not only bring us out of the pandemic, but invest in our future, while Republicans have set their sights on obstruction,” said NCDP Chair Bobbie Richardson.

“President Biden’s agenda invests in the backbone of this country – the middle class – and what’s at stake for our country: the ability to compete and win the race for the 21st century. The American people are demanding exactly the kind of investment that President Biden and the Democrats are proposing. These are investments that will create jobs, lower taxes, and make life more affordable for working families. It’s past time Republicans stop blocking this,” said WCDP Chair Kevyn Creech.

“I have seen first hand the positive impacts of President Biden’s policies in Raleigh, specifically the American Rescue Plan… But we have to do more. Both the Build Back Better Act and bipartisan infrastructure package will have a profound impact on our city,” said Raleigh City Councilman Jonathan Melton. 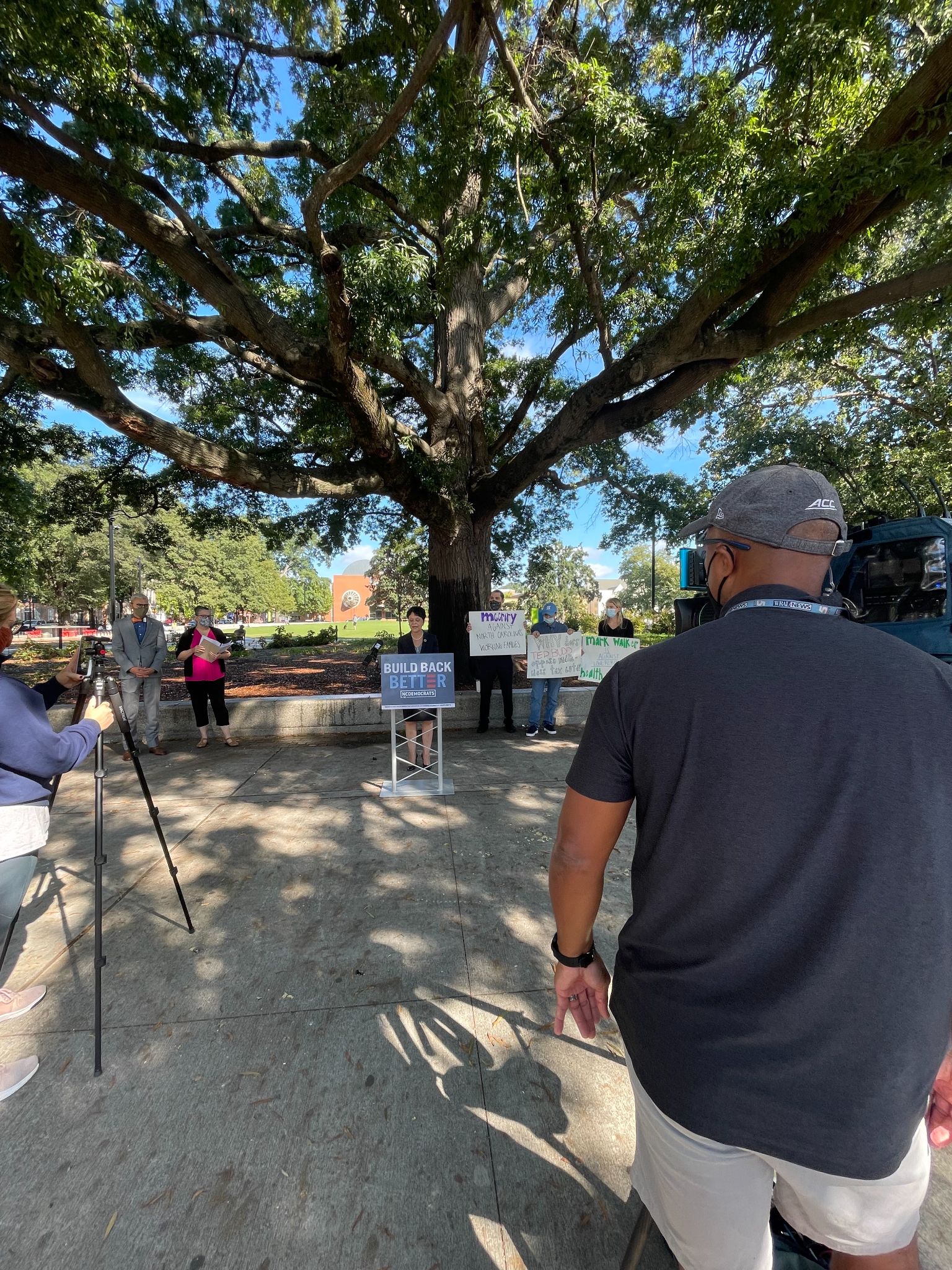