The “Too Extreme GOP” Tour is highlighting the contrast between Republicans in North Carolina and across the country’s extreme agenda of banning abortion with no exceptions for rape and incest and cutting Americans’ Medicare and Social Security benefits, versus Democrats’ agenda of lowering costs for working people and protecting reproductive freedom. Congressman Ted Budd has also said he “agreed with the major points” of Republicans’ extreme agenda, including supporting a national abortion ban with no exceptions for rape, incest, or to save the mother’s life.

In addition to Asheville, the statewide tour kicked off in Greenville last week and will continue throughout August across North Carolina.

“Last night in Kansas, a state that Trump won by almost 15 points, a ballot initiative to make abortion illegal was resoundingly defeated by almost 20 points. What we are seeing is a clear rejection of the dangerous extremism that has been trafficked by Mark Meadows, Madison Cawthorn and now my Republican opponent Chuck Edwards. People want a bridge builder who will help us heal and move forward. People want someone who shows up to find solutions, and will stay at the table, even when there’s disagreement. Someone who understands first hand the pressures that families in our district are under, and someone who will represent everyone, not just the people who voted for her. That’s what I offer and that’s why we will win in November,” said NC-11 congressional candidate Jasmine Beach-Ferrara.

“In our state’s U.S. Senate race, Congressman Ted Budd has said he ‘agreed with the major points’ of Republicans’ extreme agenda. In North Carolina’s Eleventh Congressional District, running against Jasmine Beach-Ferrara this November is Chuck Edwards, who is sure to be a rubber stamp on the Republicans’ extreme agenda. In November, it’s more important than ever that we roll up our sleeves to elect leaders like Cheri Beasley to the U.S. Senate and Jasmine Beach-Ferrara to Congress,” said NCDP’s NC-11 District Chair Matt Ballance.

“In late June, the Supreme Court struck down Roe v. Wade, a direct result of Republicans’ decades-long war on the right to choose. Protecting abortion access in North Carolina isn’t the only issue on the ballot this November. As a senior, the plan to cut Social Security and Medicare put forth by Republicans’ in Congress is alarming to me. This is why it’s so important to elect Democrats up and down the ballot this November like Cheri Beasley to the U.S. Senate and Jasmine Beach-Ferrara to Congress,” said NC-11 Senior Susan Presson. 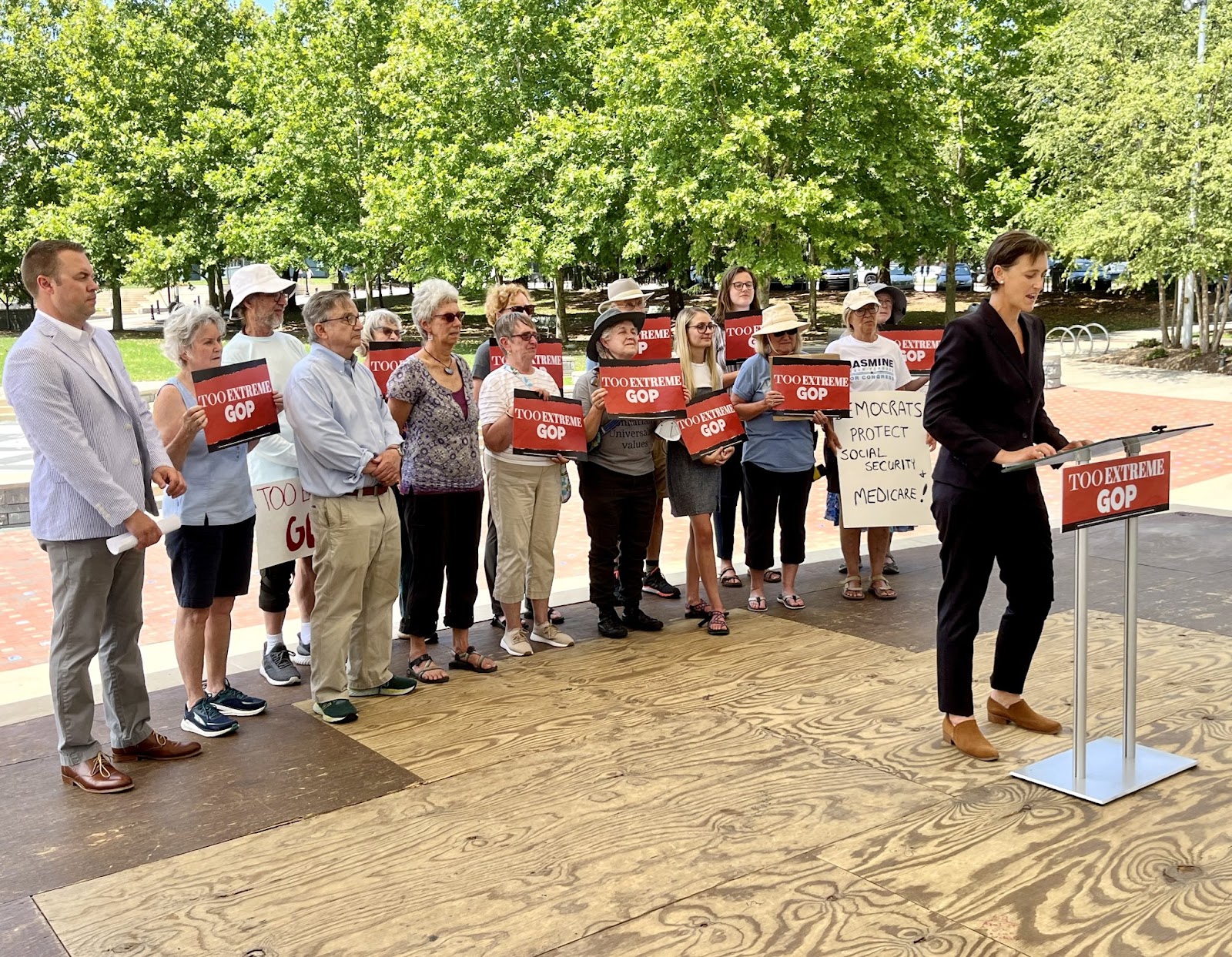