Where in the World are Barringer, Tarte, Ross, and Vulnerable GOP Incumbents? Skipping Tough Votes

Raleigh – On Wednesday, vulnerable Republican Senator Tamara Barringer posted a photo of herself and her family at the General Assembly — less than 24 hours after she skipped a crucial emergency session to vote on changes to the constitutional amendments and the Supreme Court race. 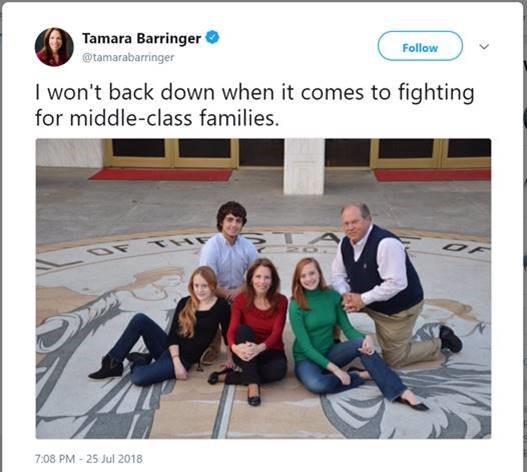 Sen. Barringer represents suburban Wake county – in fact, her district is a less than 30 minute drive away from the General Assembly. Why won’t she make the drive to do her job?

Because this week’s deception session, meant to rig our elections and mislead voters, was a tough vote politically for one of the most vulnerable senators in the state.

She wasn’t the only vulnerable Republican to take a walk this session. From Sens. Tarte and McInnis to Reps. Ross and Lambeth, Republicans nervous for their political lives refused to do their jobs this special session because it meant having to defend a tough vote back home.

Meanwhile, their Democratic opponents spent the deception session calling hundreds of voters, arguing for a public education school bond, and pushing back on this legislature’s attacks on our elections.

“Vulnerable Republicans all across the state refused to show up for work this session because they knew that they would have a hard time defending this vote,” NCDP Executive Director Kimberly Reynolds said. “That’s the opposite of leadership, and Senators Barringer, Tarte, and McInnis, and Representatives Ross, Lambeth and other vulnerable Republicans need to explain to their constituents why they missed one of the most important votes of their political careers. My guess is it has something to do with November.”