Raleigh – Vulnerable Republican Senator Thom Tillis faced another setback yesterday, as wealthy businessman Garland Tucker filed paperwork to primary him. Senator Tillis earned his primary with a rough spring that started with an “Olympic gold flip-flop” on the emergency declaration that left local Republicans “not happy with the way Senator Tillis seems not to support the president.” Conservative leaders in his own party to decline to endorse or “fully support” him, and Tillis saw his approval rating among Republican voters drop 12 points since the start of the year – causing him to “lose credibility with North Carolina Republicans.” Now, Tillis is facing a legitimate primary challenger who “has the ability to self-fund and could force Tillis to the right in the primary” – a disaster for “one of Republicans’ most vulnerable senators” who “started off the cycle at a slower fundraising clip.”

Read what reporters in North Carolina and across the country are saying about Tillis’ new primary: 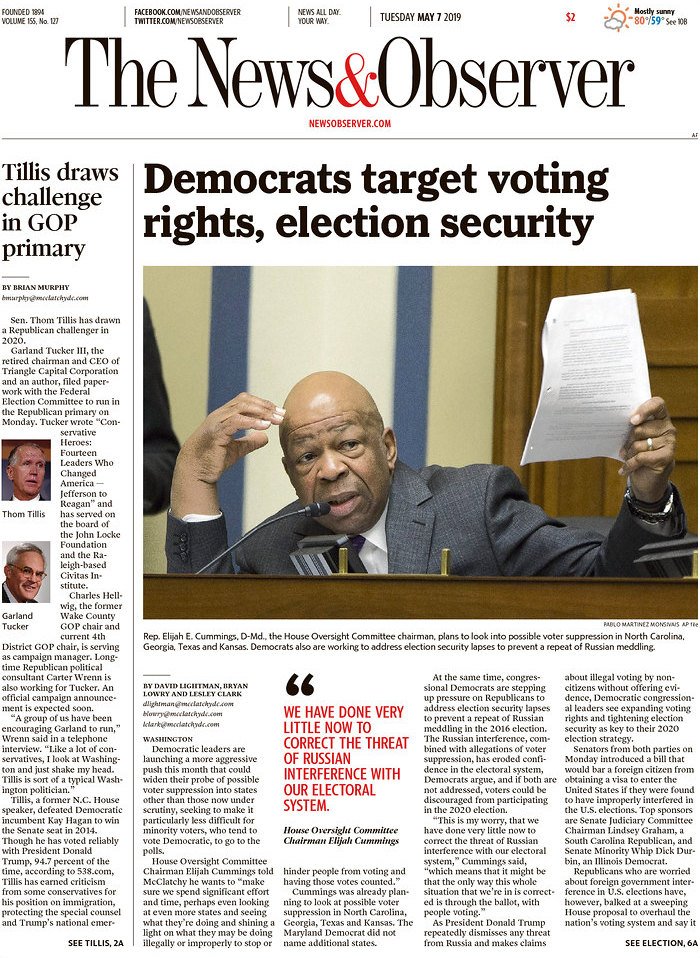