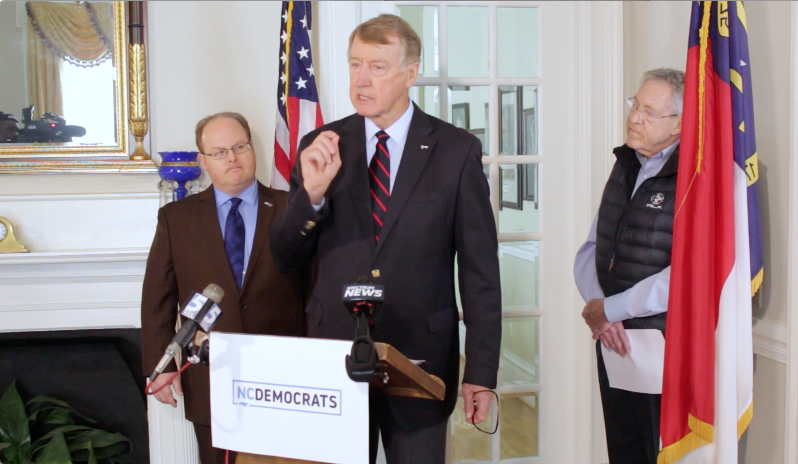 President Trump and DC Republicans have launched a disastrous trade war with China that will have devastating effects on our state’s farmers by increasing tariffs on corn, soybeans, tobacco, and pork products. Per Congressman Etheridge:

“North Carolina exported about $100 million worth of pork and $156 million in leaf tobacco to China last year alone. Folks, that’s real money… Farmers today are scared to death. They’re frightened. Because they depend on predictability from their government.”

If these policies go through, local farmers will find it even harder to make ends meet. Harnett County farmer Tom Butler stood up to express his concern over these policies:

“This thing is really concerning to us. My community. We are already fragile in conditions as far as finances are concerned. And we just cannot stand anymore cuts.”

Here in North Carolina, Republicans’ move to raid a $57.8 million fund that would have increased local access to the Atlantic Coast Pipeline threatens much-needed jobs and economic development in Eastern North Carolina. Access to the expensive pipeline taps would help local farmers save on heating and energy costs.

DC and Raleigh Republicans have prioritized retaliation and partisanship at the expense of our state’s farmers and rural communities, a position President Trump reiterated this morning. “I’ll tell you our farmers are great patriots. These are great patriots and they understand that they’re doing this for the country,” President Trump reportedly said.

NCDP Chair Wayne Goodwin ended the press conference by calling on Republicans to stand up for rural North Carolina. “Republicans must stand up to their own party right now,” Chair Goodwin said, “and stop these disastrous policies.”

Sen. Tillis Must Recuse Himself from Facebook Hearing Over Cambridge Analytica Conflicts