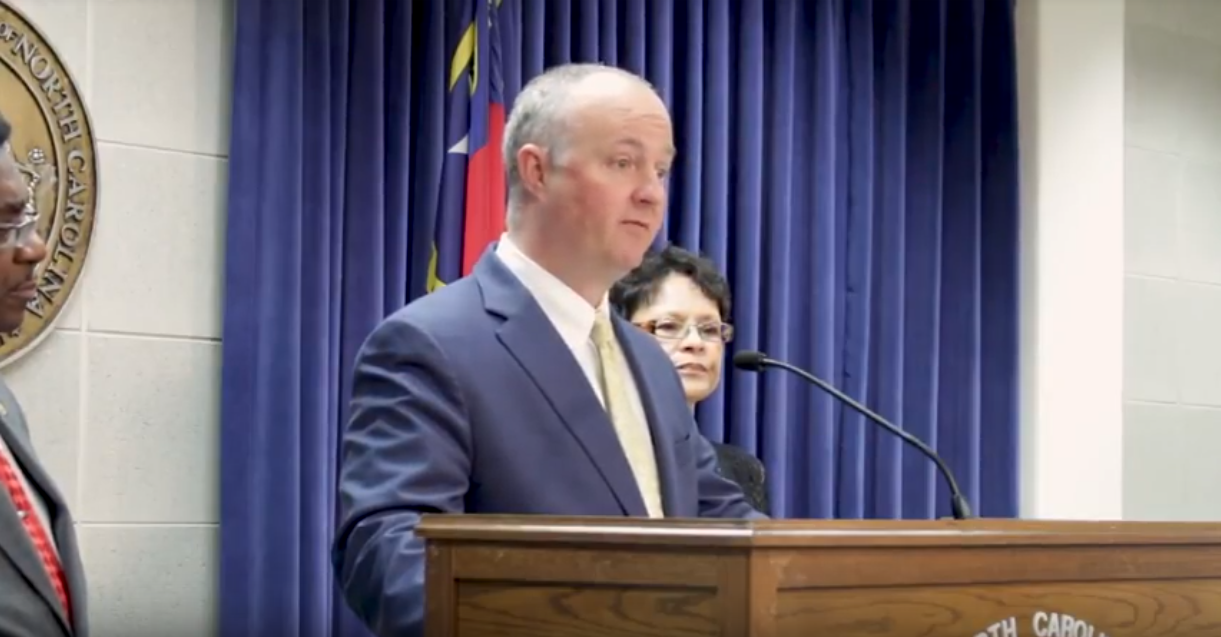 Raleigh – Today, Democratic Leader Darren Jackson stood with Reps. Garland Pierce and Bobbie Richardson, two legislators whose constituents reside in the proposed path of the Atlantic Coast Pipeline (ACP), to denounce Republican leaders for putting “politics over policy” by raiding a fund meant to help eastern NC benefit economically from the ACP and then failing to put forward a plan to replace that funding.

Per Leader Jackson, Republicans have refused to offer a plan to bring jobs to eastern NC after raiding a fund meant to do exactly that.

“It’s been more than a month since Republicans started their election year partisan assault on Governor Cooper over the Atlantic Coast Pipeline fund, yet leaders have failed to offer even the framework for a concrete plan to make up for the jobs they cost eastern North Carolina,” Jackson said.

This is partisan, election year politics – not good policy – at the expense of eastern NC.

“Now that the money is gone, because of politics, Republicans want Governor Cooper to look bad. They want to do almost anything to make that happen. In this case, the cost is $57 million and countless eastern North Carolina jobs,” Jackson continued.

At the end of the day, Republicans’ desperate move will only end up hurting eastern North Carolina.

“I don’t think anyone can dispute that these rural areas in our state need help. Governor Cooper stood up for them. My Democratic colleagues stand up for them. Eastern North Carolina deserves to benefit economically from the ACP and to have their communities protected from the environmental impact of the project. It is shameful that Republicans have put partisan politics ahead of the basic needs of their own constituents.