Tillis Met with “Chorus of Boos” AGAIN at a Trump Rally

Raleigh – Look no further for proof of Senator Tillis’ huge “credibility” problem with the Republican base. Just now, Senator Tillis was again met with a “sustained” “chorus of boos” from Republican base voters at a Trump rally. (Diamond and Silk, however, got “nothing but cheers.”) This is now the SECOND time Tillis was been met with boos at a Trump rally: Tillis faced “one of the night’s more awkward moments” the last time Trump was in town after being met with a “noticeable amount of boos from the crowd.” Recent polling puts numbers behind those boos: Tillis is underwater with Republican primary voters and barely leads his primary challenger. As reporters in attendance remarked, “Not a strong showing” for Tillis. 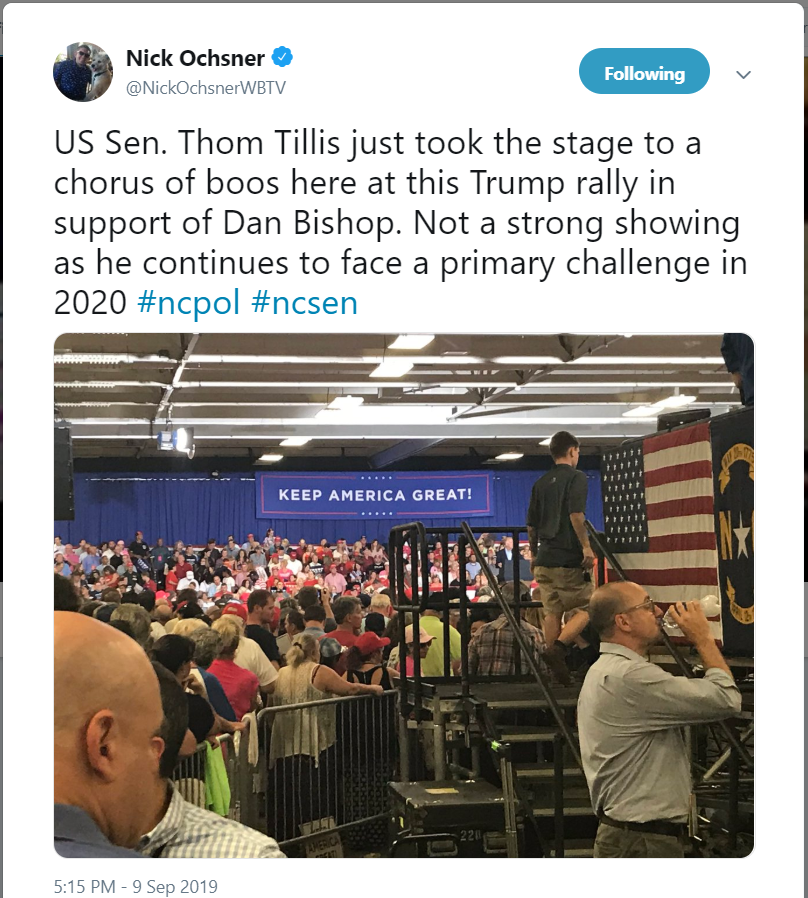 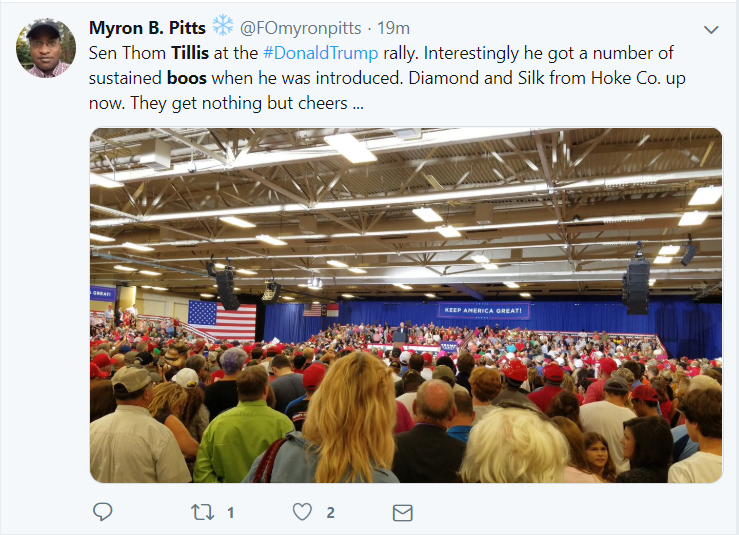