Raleigh – With the budget deadline fast approaching, Republicans are refusing to negotiate on Medicaid expansion. Instead of making health care more affordable for half a million North Carolinians, House Speaker Tim Moore offered this sage advice:

“The best thing that folks can do is to get a job.”

The CBC editorial board was quick to point out that Moore’s statement is a “prejudiced fantasy” that “irresponsibly misrepresents who is eligible for Medicaid expansion.” From CBC:

“First, the poor who earn below the poverty level and cannot or do not work ALREADY qualify for Medicaid.

Second, nearly all of the North Carolinians who would qualify for Medicaid under expansion DO HAVE JOBS. Many work hard at more than one. It is just that the jobs are so low paying, these families barely earn above the poverty level. Still, they earn too much to qualify for the current program.”

Take Carrie McBane, a restaurant worker from Jackson County, who told the New York Times on Monday that despite being a server for 14 years, she made $80 too much to qualify for Medicaid. From McBane:

“The stigma attached to us is that we’re lazy, we’re dumb, and that we only want to subsist on government programs. That is just not true.”

WATCH the video from The New York Times Opinion HERE: 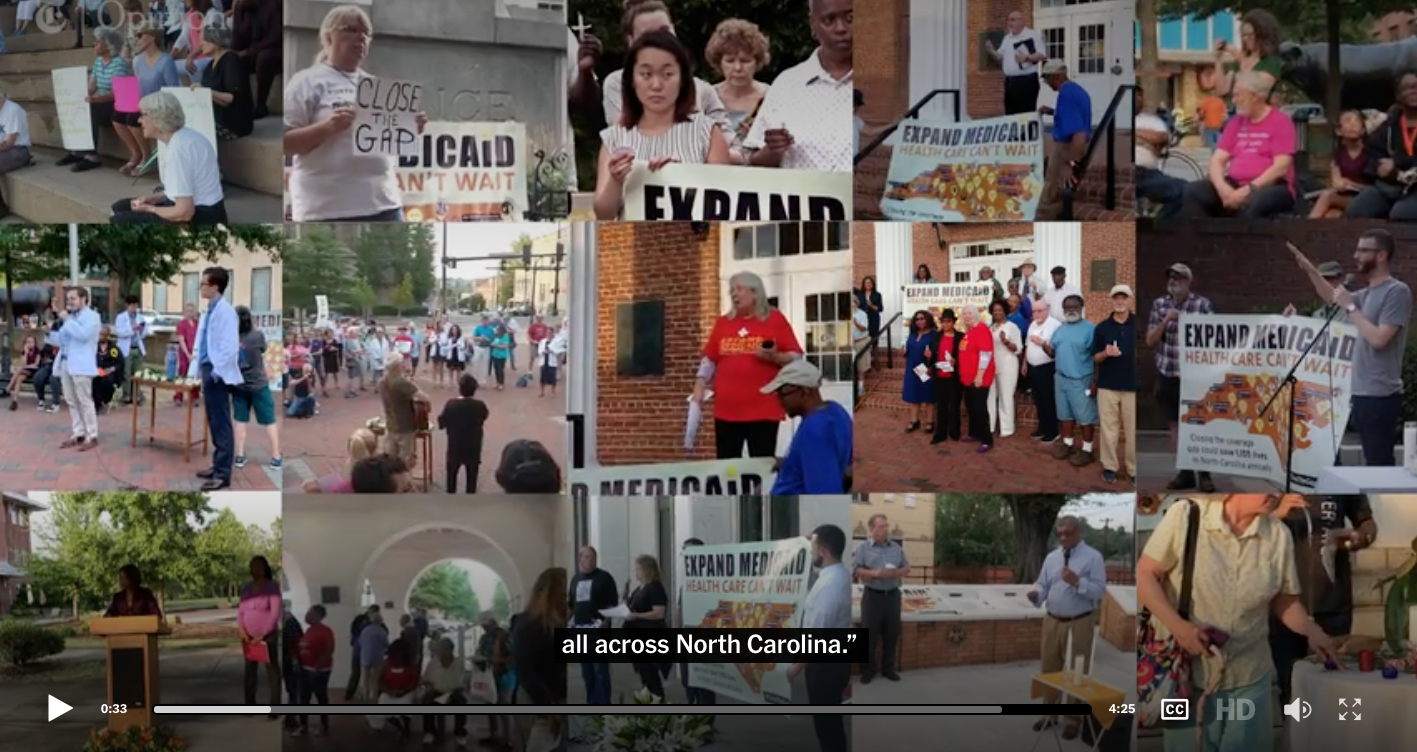 Republicans, rural hospital executives, early childhood educators and childcare providers, physicians, business leaders, and the majority of North Carolinians all agree that expanding Medicaid is the right thing to do for our state. But Republican lawmakers would rather cover their ears and regurgitate false talking points than listen to the people of North Carolina.