RALEIGH – D.C. Republicans are poised to vote today on the final version of a tax scam that will hurt North Carolina’s middle-class families while offering generous giveaways to corporations and the wealthiest few.

The newest bill, released Friday night after being crafted behind closed doors, looks worse for North Carolina than the original proposal thanks to a giant loophole benefiting real estate investors and provisions that could actually encourage companies to cut jobs.

While corporations will be gifted permanent tax cuts and North Carolina’s wealthiest 5% will receive over half of the tax cut share, low- and middle-income families will pay the price: 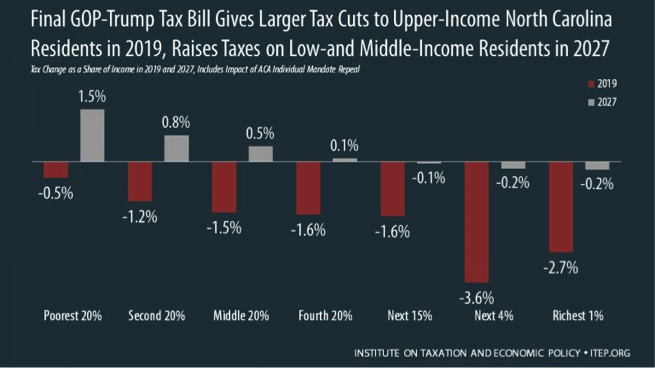 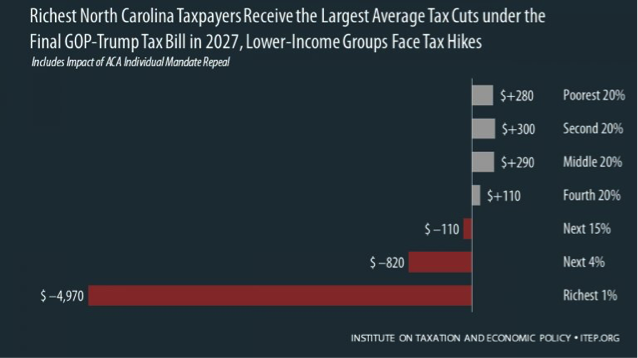 Nationwide, the numbers are just as alarming:

“Once again, DC Republicans are rigging the system for their corporate backers and their donors and against the needs of working families,” said NCDP Executive Director Kimberly Reynolds. “Hundreds of thousands of North Carolinians are going to pay the price for this tax scam, while the top 1% reap the benefits.”