Raleigh – The first half of Senator Tillis’ 2019 has been defined by one thing: his spineless caving to presidential pressure. As CNN correspondent Manu Raju pointed out yesterday, on issue after issue, Tillis has folded — from defending harmful tariff threats that put North Carolina farmers “in cross-hairs,” to attacking his Republican colleague over a subpoena of the president’s son after the president threatened to “tweet support” for his primary challenger, to caving “like a $4 suitcase” on the emergency declaration. Senator Tillis has made a name for himself as someone who loses his spine the second his party leaders in Washington put the slightest amount of pressure on him to fall in line… even when it hurts North Carolina. 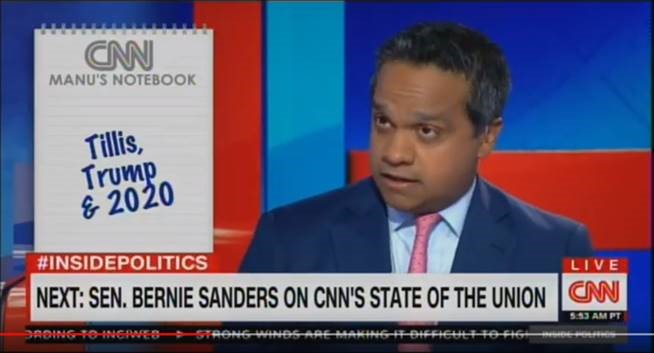 Manu Raju: John, most Republican senators, including those who are up in 2020, were quick to criticize the President’s tariff threat with Mexico. But not Senator Thom Tillis of North Carolina. He was a staunch defender of these tariffs. He also, in the aftermath of the deal, was one of the first person to put out a press release defending the tariff threat. It’s really no surprise. Tillis is someone who could face a primary threat in 2020 – potentially Congressman Mark Walker, who’s not ruling out a run against him.

Tillis initially earlier this year, if you recall, came out very strongly – he wrote an oped against the emergency declaration for the wall on the southern border. He then flip-flopped and supported it after he got attacked by the President. Also, he strongly criticized the subpoena that his own home state Senator Richard Burr issued for Donald Trump Jr.’s testimony before the Senate Intelligence Committee. He’s defended Trump in the aftermath of the Mueller report, even though he supported a bill to protect the Special Counsel.

It’s all a sign, John, that primary politics is about who defends the president the most.