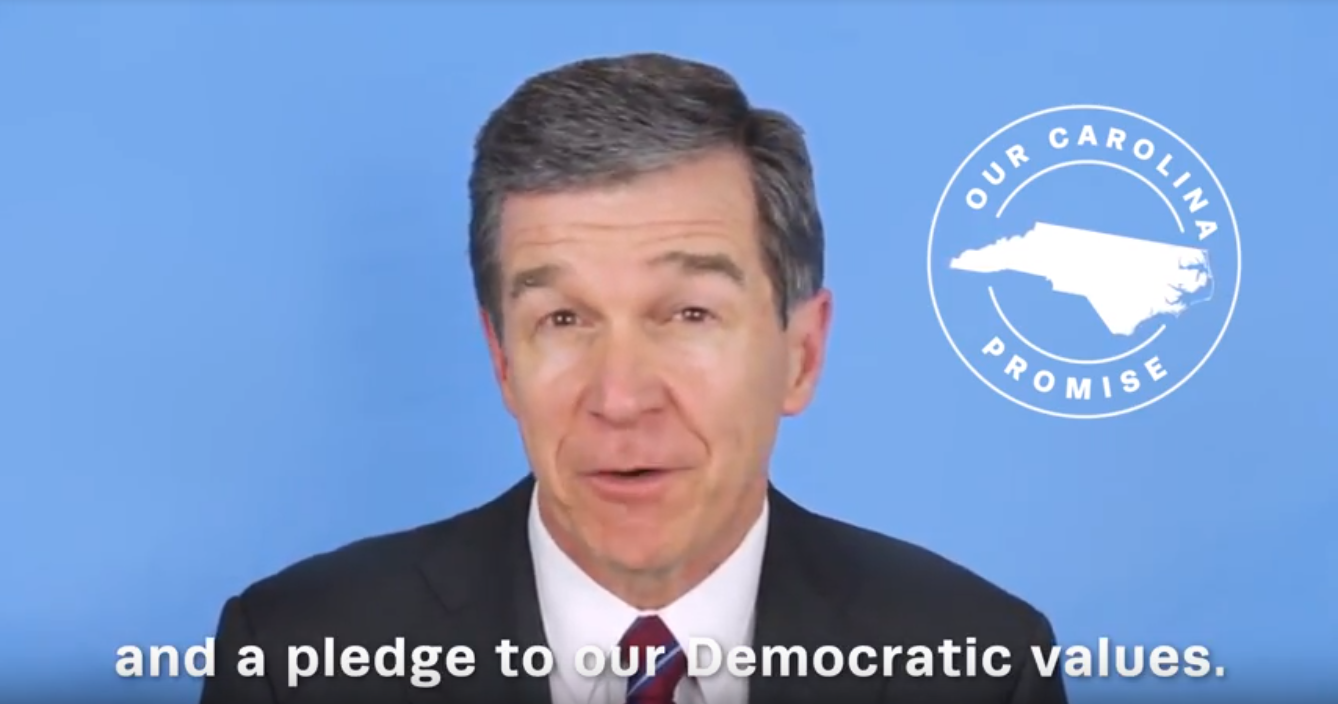 Click HERE to watch the announcement video with Governor Cooper

Read the full platform by clicking HERE or visit www.ourcarolinapromise.com.

“For decades, Democrats have been committed to building and investing in institutions that promote equality and success for every person,” Senate Democratic Leader Dan Blue said. “But there is more work to be done on behalf of North Carolinians. We want people to know exactly what we’re fighting for in Raleigh and that we stand with them to create a brighter future.”

“House Democrats and Democratic candidates will carry our message on schools, jobs, and public health and safety to all 120 districts in North Carolina,” House Democratic Leader Darren Jackson said. “We look forward to advancing this agenda with a new General Assembly in 2019.”

“With a candidate in every single legislative seat and a clear, positive promise to our citizens, Democrats are fighting this November to create a North Carolina with more jobs, better health care, a more accountable government, and stronger, safer schools,” North Carolina Democratic Party Chair Wayne Goodwin said.

The announcement comes less than a week after primaries across the state confirmed Democratic enthusiasm heading into the 2018 General Election. Although Republicans had 11 more races on the ballot than Democrats, Democratic primary candidates received nearly 20% more votes; Democratic performance in early voting led analysts to proclaim, “there is enthusiasm at the grassroots level among Democrats.”

New polling from Spectrum News illuminates that Democratic enthusiasm. North Carolina is moving in the right direction under Governor Cooper and voters’ outlook on the state has seen a “complete turn-around,” swinging 20 points in the positive direction in seven months. Voters support generic Democratic legislators by 7 points, while more than one-in-three (35%) voters disapproves of the GOP-controlled legislature.

Democrats are backed by Break the Majority, a strategic partnership between Governor Cooper and NCDP to invest resources and expertise in key state level races. Last month, Break the Majority announced the initial targeted Republican districts.