Raleigh – Senator Tillis spent this morning not only “defending” President Trump’s invitation for more foreign interference in our elections but taking it a step further, confirming he would accept information from foreign governments on his political rivals, telling NBC and CNN separately that he would seek to “corroborate” any information. 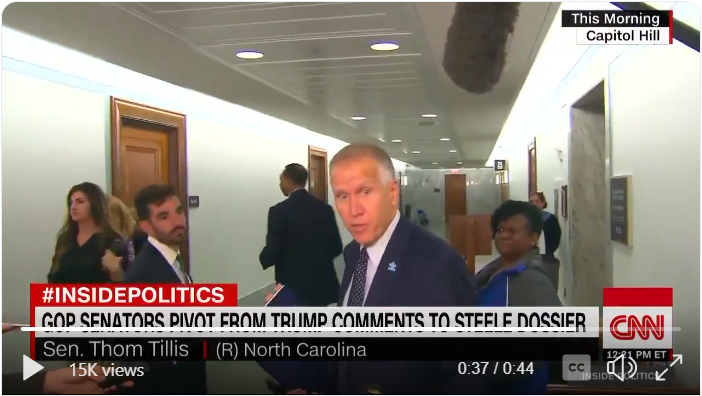 He voted last year against a $250 million funding increase to beef up election security, and has refused to sign on to any of the leading bipartisan electionsecurities bills, even as leaders in both parties warn that protecting our elections “is not a partisan issue.” Instead, he’s standing with “one-man roadblock,” Senate Majority Leader McConnell.

Tillis has a history of working with companies accused of bending the rules on foreign interference in our elections, hiring Cambridge Analytica for his 2014 race. Sources recall foreign nationals being “all over” state Republican party offices in the final months of his campaign while a whistleblower said, “There were three or four full-time CA staffers embedded in Tillis’s campaign on the ground in Raleigh. All of them were foreign nationals.”

“First with his inaction and now his words, Senator Tillis continues to show that he’ll bend over backwards to appease the president, even if it meant corroborating and accepting outside help from foreign governments,” NCDP spokesman Robert Howard said. “Senator Tillis is willing to surrender the integrity of our elections even if it means caving to President Trump, a shocking and dangerous position that shows the depths he’ll go to save his political skin.”