Raleigh – Senator Thom Tillis received more money so far this election cycle from the pharmaceutical industry than any other Republican incumbent, raking in $102,000 in the first six months of 2019 alone according to a new report from Kaiser Health News. That’s more than double what he took in the entire 2018 cycle and nearly four times as much in the entire 2016 cycle, according to OpenSecrets.

Last month, a report in the Boston Globe’s STAT News detailed how Tillis has been met with a “showering of love” from the pharmaceutical industry, and is at the center of their “new strategy” and led the charge “not to upend the industry’s business model.”

Tillis has even “pressured” another Republican Senator to “significantly rework” their own legislation at Big Pharma’s behest, and was one of just six Republican Senators on the Judiciary Committee to vote against the CREATES Act, a bipartisan bill to make it easier for generic drug manufacturers to combat brand name pharmaceutical company tactics to slow the approval of their drugs.

“More than any other Republican Senator in the country who’s on the ballot in 2020, Senator Tillis is in the pocket of big drug companies and appears to be carrying their water,” NCDP spokesman Robert Howard said. “The costs of life-saving medications have skyrocketed, but Senator Tillis is cozying up to and courting the big money pharmaceutical special interests rather than working to lower costs for hardworking North Carolina families.”

STAT News: How pharma, under attack from all sides, keeps winning in Washington
By Nicholas Florko and Lev Facher
July 16, 2019 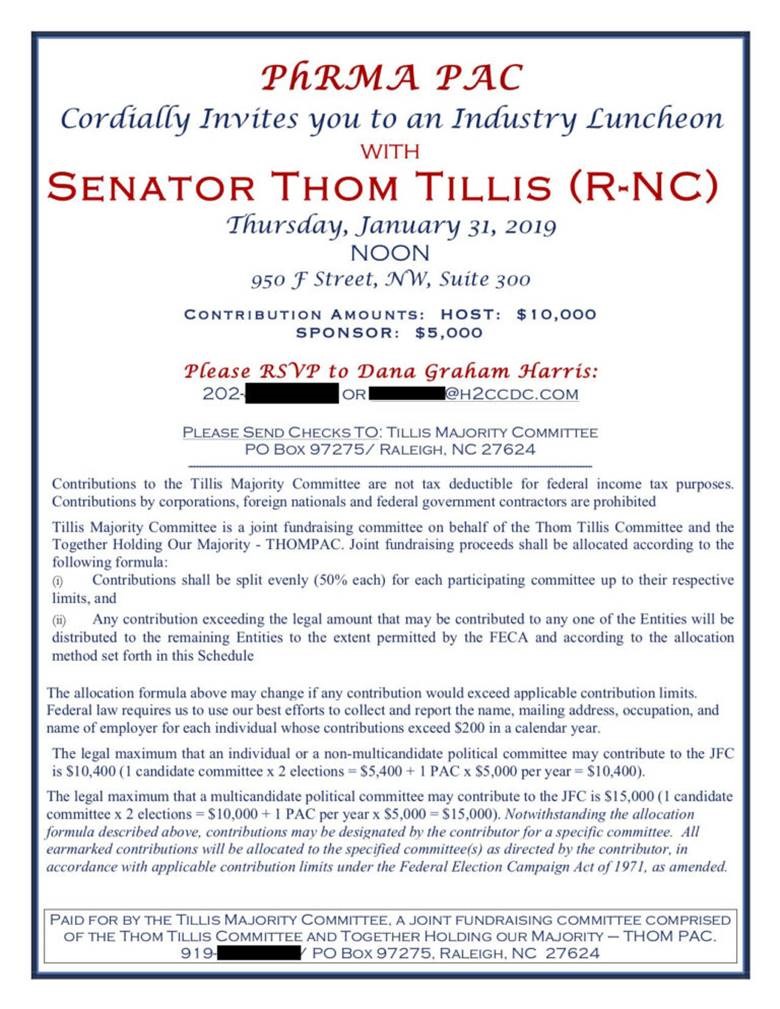