Raleigh – President’s Trump support among white-collar white voters in North Carolina has dropped 19 points from his 2016 vote total, the largest drop among 13 swing states, according to new crosstabs from Gallup.

The 19-point difference between Trump’s 2016 vote total and his approval rating today among college-educated white voters is 10 points lower than the national average. These crosstabs shed light on President Trump’s eroding base of support in North Carolina, which threatens to taint the entire Republican party and brand with a crucial voting bloc heading into 2018. 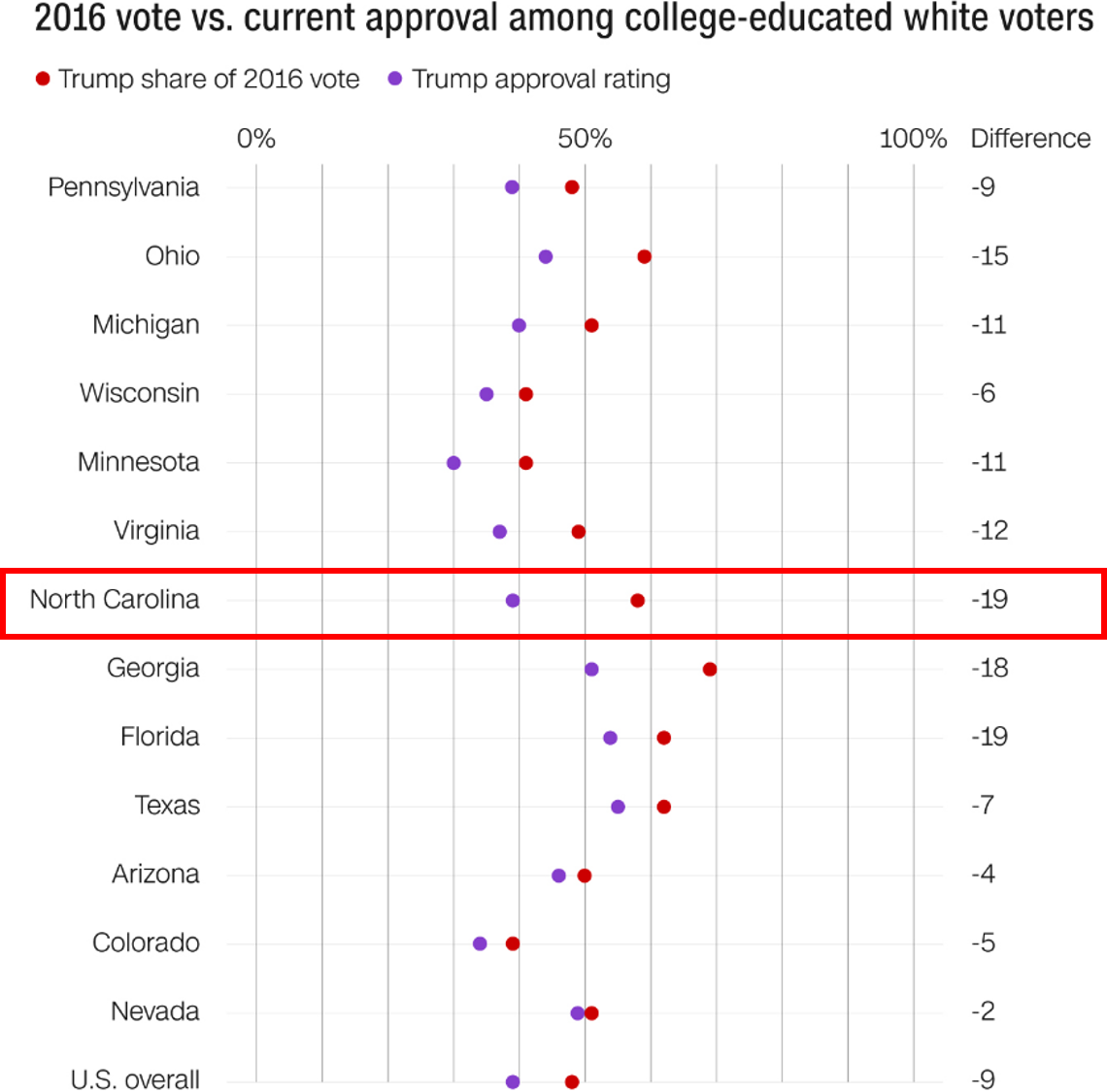 These crosstabs reveal “a three-way political squeeze in the states that tipped the 2016 presidential race,” according to CNN Senior Political Analyst Ronald Brownstein. First, Trump – and the Republican party in general – faces undiminished resistance from minority voters. Now, he’s facing a precipitous drop in support from college-educated white voters. Finally, his support among working-class whites is receding from its historically elevated peak back toward a level more typical for Republican presidential candidates.