Here’s Cumberland county, one of the counties a federal court ordered legislative leaders to redraw because of racial bias: 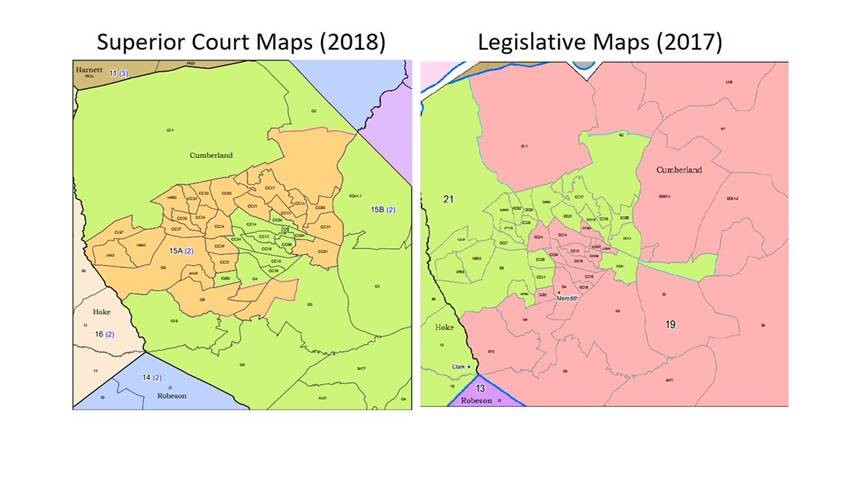 And now they’re trying to do the same thing to our judicial maps.

One of the earlier proposed plans double-bunked nearly 50% of African-American judges. Legislative leaders at the committee hearing had no idea if these released maps target black judges because Republicans refused to release a stat pack – the data behind the maps.

Why did Republican leaders refuse to release a complete stat pack? Because they know their maps unconstitutionally target communities of color.

“North Carolina Republicans haven’t met a map they don’t want to racially gerrymander,” NCDP Executive Director Kimberly Reynolds said. “Just like with their legislative maps, which targeted communities of color, Republicans are racially gerrymandering their new judicial maps – with disastrous consequences for African-American judges, people of color, and our state.”