Raleigh – A new ad from the North Carolina Democratic Party raises questions around Speaker Moore’s efforts to enrich himself and his friends at the expense of North Carolina’s public schools. The ad is part of a five-figure digital and television buy. Watch the full ad HERE. 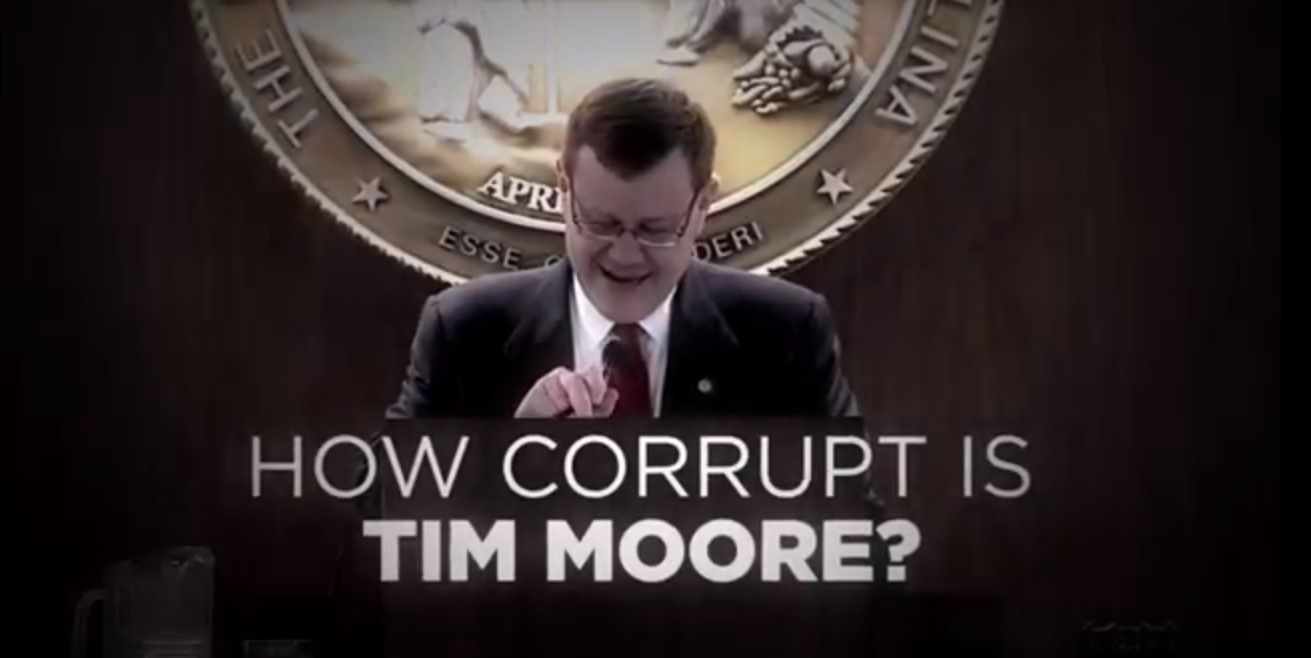 Since joining the House of Representatives, Tim Moore has used his office to enrich himself. He funneled nearly $50,000 of his campaign contributions to himself and his businesses; a series of investigations prompted the FBI to launch an inquiry into campaign finance violations from top House Republicans, including Speaker Moore.

Speaker Moore has also received legal contracts for clients who benefited from legislation he helped carry through the legislature. This fall, a News & Observer investigation revealed he got a legal contract after helping usher along legislation to save a controversial Durham development, prompting the local District Attorney to ask the State Bureau of Investigation to investigate what she called “a pattern of the use of public position for personal gain.”

Those close to Speaker Moore have benefited from his position too. According to WRAL, “A woman who was, at one point, House Speaker Tim Moore’s fiancée was the only person considered for a pair of state jobs after the speaker’s office forwarded her resume – and only her resume – for consideration.”

While Speaker Moore enriched himself and his friends, North Carolina public schools have gone underfunded. North Carolina ranks 39th in the county in per-pupil spending and 37th in the nation for average teacher pay.

“Since joining the legislature, Speaker Moore has lined his pockets and helped those close to him at the expense of our public schools,” NCDP Executive Director Kimberly Reynolds said. “We need to clean up Raleigh, and that starts with voting out Speaker Moore and this Republican legislature.”