NC Democrats are following through on their promise to look out for regular North Carolinians, proposing legislation that puts our jobs, our health and safety, our schools, and our people first.

A few highlights from this session:

Our legislators are fighting tooth and nail for a North Carolina that’s healthier, stronger, and more equal. Meanwhile, Republicans have spent the 2019 legislative session on heavy-handed government overreach like regulating our grass clippings and gerrymandering the Winston-Salem City Council, pushing their wrong priorities on education by attacking next week’s teacher rally and deceiving teachers with a “smoke and mirrors” bill with no new funding, and undermining affordable health care by pushing junk insurance plans and refusing to expand Medicaid. 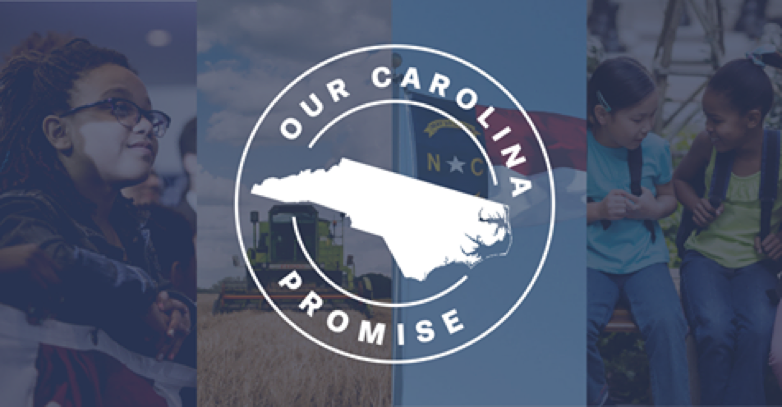 House Republicans have released budget language that takes a direct shot at the thousands of teachers planning to march on Raleigh next week. The proposal would prevent teachers from taking a personal day on regular school days unless they can confirm the availability of a substitute and would lock school calendars in place except in very specific cases.

Instead of listening to North Carolina’s teachers, Republicans are trying to silence them.

Senator Tillis’ Protect Act scam has been widely panned as a “false promise” with analysts describing how it “would do little to protect people with pre-existing conditions.”

Now, a new report released this week summarizes that bill’s many problems, laying bare how it’s “political cover” for vulnerable senators like Tillis that leaves patients with “significantly less protection” than under the ACA.

According to the report, Senator Tillis’ bill does not:

Taken all together and it’s clear: Senator Tillis’ bill is more about protecting his reelection chances than protecting people with preexisting conditions.

Coastal communities are speaking out against Senator Tillis and President Trump’s plan to open up our coasts to offshore drilling.

Three Brunswick County communities joined a lawsuit that seeks to block private companies from conducting seismic air gun tests in the Atlantic Ocean joining the nearly 200 businesses, nonprofit organizations, and community groups that have come out against offshore drilling off North Carolina’s coast and at least 30 communities that have passed resolutions opposing drilling or seismic testing.

Coastal communities have made it clear that they want to protect our coast from dangerous offshore drilling, yet Tillis refuses to listen because he would rather stay on the president’s good side.

DAN FOREST CAUGHT IN A LIE

Gubernatorial candidate Dan Forest can’t get his story straight on his multiple connections to the infamous indicted donor Greg Lindberg.

First, Forest told reporters he is friends with the men involved in the corruption scandal, stating, 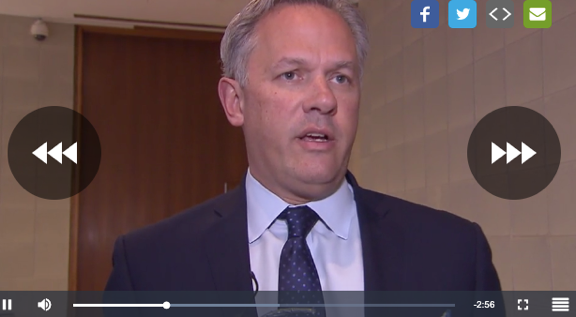 Then, after reports showed Forest met with the donor three times in as many months and posted a photo of himself speaking at his house on the same day Lindberg donated $400K to the committee Forest chairs, Forest’s campaign distanced themselves and tried to claim that Lindberg never donated.

Now, they’ve been caught in that lie, as a new report shows Forest failed to report a donation from Lindberg.

ICYMI: NYT SPOTLIGHTS TWO MARINES WHO ARE RUNNING FOR CONGRESS

Richard Bew and Scott Cooper, two marines who served together, are both running to represent Eastern North Carolina in Congress and are supporting each other along the way. This week, their unique story got them into the New York Times:

On May 1’s Teacher Rally…

News & Observer
“Last year, more than 20,000 teachers and their supporters formed a river of discontent that flowed down Fayetteville Street to the State Legislative Building. The second protest may be even bigger. Why do Republican lawmakers need to be told twice? Because they’re being told what they don’t want to hear. The teachers’ message is this: You have chosen to cut taxes — mostly to the benefit of the wealthy and large corporations — instead of adequately funding public schools.”

On Drilling Off NC Coast…

Fayetteville Observer
“We’d be wary of drilling even if we had a dire need for more petroleum-based energy supplies. But given our present situation, taking the risks is downright ludicrous. Our country is awash in oil and gas… The only people who are pushing for Atlantic offshore drilling are the people who will profit from it and the politicians who are on their payroll.”

CBC
“Sen. Richard Burr, the North Carolina Republican who is supposed to be our watchdog leading the Senate’s Intelligence Committee probe into Russian election interference, was revealed to be a Trump lapdog — leaking information on a closed-door FBI briefingto the White House… North Carolinians didn’t elect Burr and Thom Tillis to put political parties first and be rubber stamps for the executive branch. We expect them to uphold their constitutional responsibilities for the separation of powers. They work for the people of North Carolina not the Trump White House. We expect them to hold the president accountable and demand transparency.”

Greensboro News & Record
“Burr seems to have forgotten not only his campaign promises to North Carolina voters, but, even more important, his constitutional role. Whatever happened to the separation of powers, and to the checks and balances that are supposed to keep our government functioning honestly? Burr’s role was to protect the Constitution and the integrity of the country’s democratic process and institutions…North Carolina deserves better than this. The nation needs better leaders than this.”

Greensboro News & Record
“Three bills recently filed by state House Democrats would do what is right and fair by all North Carolinians and deserve broad support from both parties. Members of the LGBTQ community have had to face discrimination — including false claims that they are more likely to molest youth — for too long. As taxpaying, law-abiding, contributing members of society, they deserve to be treated as such. Our state needs to be big enough — and fair enough — for all of its citizens.”

A warm welcome to the newest addition to the NCDP Comms Team, Liz Doherty!  Liz will serve as Senior Communications Advisor for Governor Cooper’s re-elect for the 2020 cycle. Follow her at @doherty_eliz. 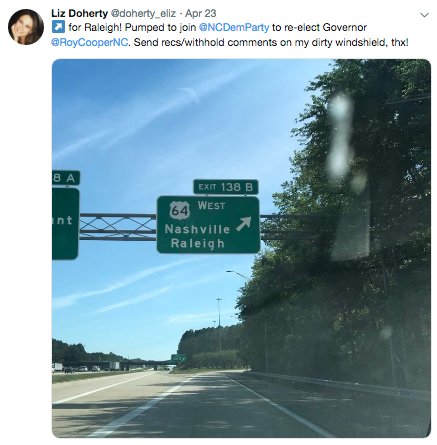