Thom Tillis’ spineless decision to cave to Trump and the far right may threaten up to $530 million in planned military spending for North Carolina, according to a new Pentagon list.

Included on the chopping block are:

Once again, Tillis chose his political career over what’s best for North Carolinians, hurting our active duty service members and our veteran community in the process.

Last week, the State Board of Elections announced it wasn’t able to approve requests for 12 UNC system schools that were seeking to comply with legislative Republicans’ voter ID requirements.

This is a Republican-led and Republican-created problem that could disenfranchise hundreds of thousands of young people. And when Democrats proposed several bills and amendments to fix the problem, Republicans blocked all of them.

The next deadline to apply is in 2021 – which is convenient for a party that would prefer young people stay home in 2020.

GOP HAS UNFAIR ADVANTAGE “BASED FULLY ON GERRYMANDERING”

Ahead of Tuesday’s arguments before the Supreme Court, a new analysis from the Associated Press confirms that North Carolina Republicans “benefited from a built-in advantage” in recent years through gerrymandered maps that allowed them “two or three more congressional seats than would have been expected” in 2018. North Carolina Republicans “had the highest pro-Republican tilt” among roughly two dozen states analyzed, confirming that Republicans have stacked the deck against voters who may hold different beliefs.

Republicans have rigged the system in their favor – it’s time to put an end to this broken system.

Republicans in North Carolina’s ninth district have plenty of interesting options for their nominee. Among the 10 Republican candidates, half don’t even live in the district. With no clear nominee (or good options) in sight, Republicans have a tough road ahead in the ninth district special election. Democrats, on the other hand, are unified around a single candidate: Dan McCready, who came up just 905 votes short in November.

Meanwhile, the GOP is failing to deflect the issue of election fraud in the ninth district. They earned themselves a false PolitiFact rating for claiming Democrats “forced a special election.” #Tbt to when Republican Mark Harris called for a special election and the Board of Elections, including two Republicans, unanimously agreed.

House Republicans forced through their picks for the UNC Board of Governors Wednesday, making the board more partisan and less diverse.

To top it off, the GOP’s picks include several Republican political donors and a man who has employed two members of Republican leadership in the last three months.

Yesterday, NCDP Third Vice Chair Nida Allam spoke at a vigil held by the UNC Muslim Students Association to honor the victims of the Christchurch Mosque attacks. Nida spoke of rejecting hatred, strengthening relationships, and remembering the lives of those lost.

“The North Carolina Democratic Party is unwavering and resounding in our rejection of hatred, injustice, and Islamophobia. And we believe strongly that we must not let this growing tide of racism win, at home or abroad; we must stand against hatred in all its forms. No one should feel unsafe or fear for their lives, especially in their place of worship.

So, I call on you to reach out to your neighbors, to your classmates, and to your coworkers. I call on you to have hard conversations with your friends and your family. In a time when hatred and division seem poised to divide us, fostering new relationships with those who are different from us is an act of resistance. It is defiance in the face of hatred. It is a rejection of an appeal to the worst in us, and a statement that our differences are something to celebrate.” 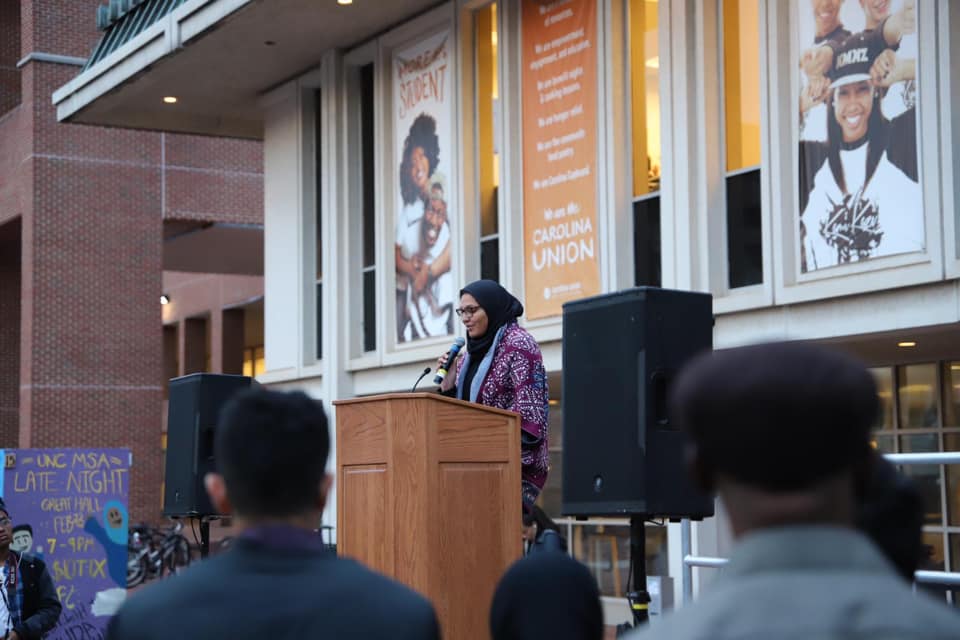 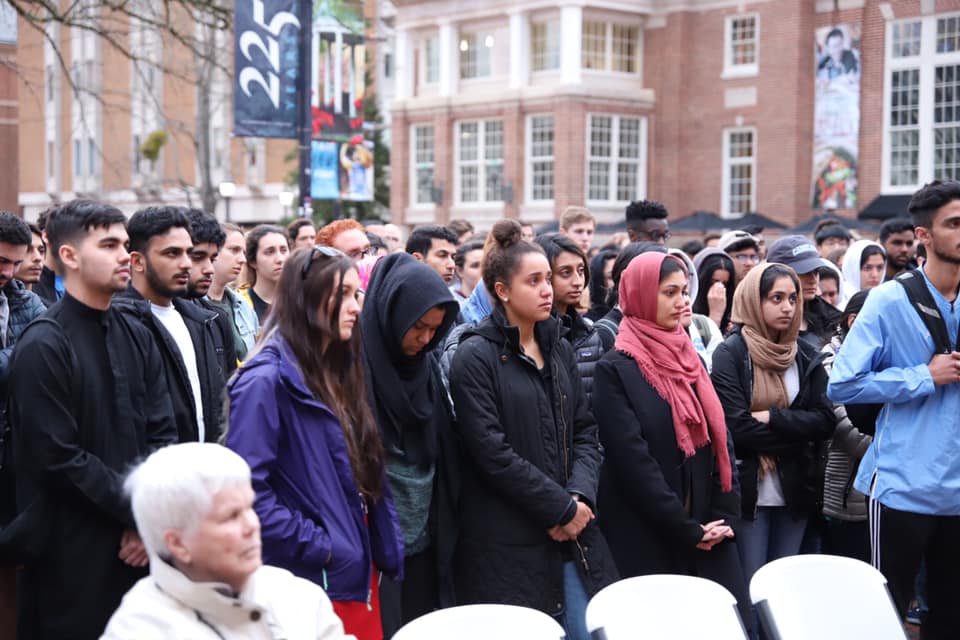 This week, North Carolina Democratic Party Executive Director Kimberly Reynolds announced she is stepping down as Executive Director, effective April 1, 2019. Reynolds, who took the position in 2015, helped turn the party around after years of mismanagement and guide it to the strongest it’s been in recent history.

“Kimberly’s sense of humor, calm-under-pressure attitude, and dogged leadership have been instrumental in turning our party around, and every North Carolina Democrat is indebted to her. I am excited to see what my close friend will accomplish for Democrats across the state in her new endeavor.”
– NCDP Chairman Wayne Goodwin
CBS

This week, the NCDP announced its draft plan to select its delegates for the 2020 Democratic National Convention in Milwaukee. An online portal for members of the public to provide feedback about the plan will be available for 30 days.

The NCDP State Executive Committee will vote to adopt the delegate selection and affirmative action plan at the next meeting.

News & Record:
“Tillis has put a screeching halt to such high-mindedness. After deeper reflection, he said last week, he would not vote in the Senate to rebuke the president for infringing on Congress’ authority (though 12 of his fellow Republicans did in a resolution that passed and was promptly vetoed by Trump). It was not simply a flip-flop, but a belly flop. Read. His. Lips.”

Fayetteville Observer:
“Tillis last week executed one of the more astonishing flip-flops in congressional history when he voted against the measure rejecting the president’s declaration of a national emergency and the looting of the Pentagon budget to build the wall. .. The Trump wall is more transparently political, and less needed, than ever. Building one with funding for American military bases is unconscionable.”

Fayetteville Observer:
“This week, principle crumbled and Tillis — who’s up for re-election in 2020 and definitely keeping track of which way the wind’s blowing — joined the majority of Republicans in the Senate to vote against the measure… Tillis said after the vote that he changed his mind because the president said “He’s willing to work with us.” If Tillis truly believes Trump will work with Congress in limiting the presidential power to declare emergencies, then we’ve got a bridge in Brooklyn to sell him. We’ll give him a great deal. Really.”

Former Local GOP Chair: Tillis “Is Going to Have a Primary”