This week, Governor Cooper rolled out his budget and called on legislators to match North Carolinians’ determination to create good jobs, build stronger communities and allow our state to thrive. The Governor’s budget includes commonsense priorities that deserve bipartisan support.

TILLIS VOTE FOR JUDGE IS A VOTE AGAINST THE ACA

This vote threatens more than 4 million North Carolinians with pre-existing conditions. Once again, Tillis says one thing and does the opposite, proving North Carolinians are right not to trust him with their health care.

The NC Democratic Party, the NC Democratic Women of North Carolina, and a House leader called on Rep. Cody Henson to resign after a judge found he committed acts of domestic violence against his wife. Henson was served with a year-long Domestic Violence Protection order for repeated harassment and abusive behavior that made his wife “fear for her life and the life of her children.” Yesterday, a criminal summons was issued against Henson.

“Any form of domestic violence or abuse is categorically unacceptable. The Democratic Party believes women and we are steadfast in our commitment to stand with survivors. Cody Henson must resign immediately.”
– Julia Buckner, President of the Democratic Women of North Carolina

Domestic violence is a non-partisan issue that requires non-partisan action, and Henson must be held accountable for his behavior by all members of the political community.

More than 200 women came to Raleigh on Tuesday to advocate for North Carolina to be the 38th and final state needed to ratify the Equal Rights Amendment. Every single Democratic Senator and Representative signed onto the bill needed to ratify the ERA and ensure that women are treated equally under the law. 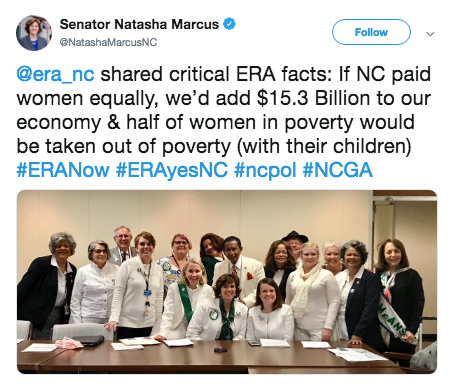 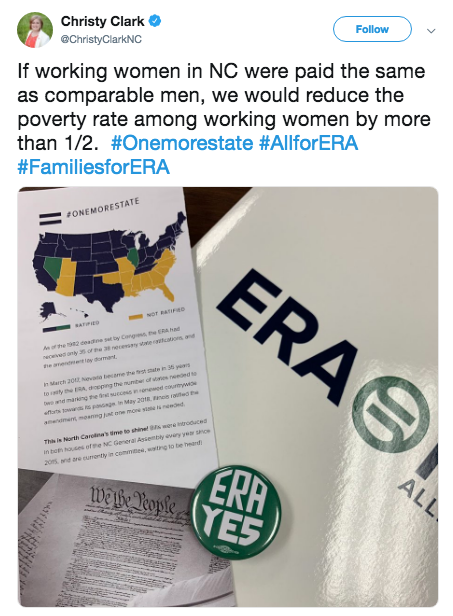 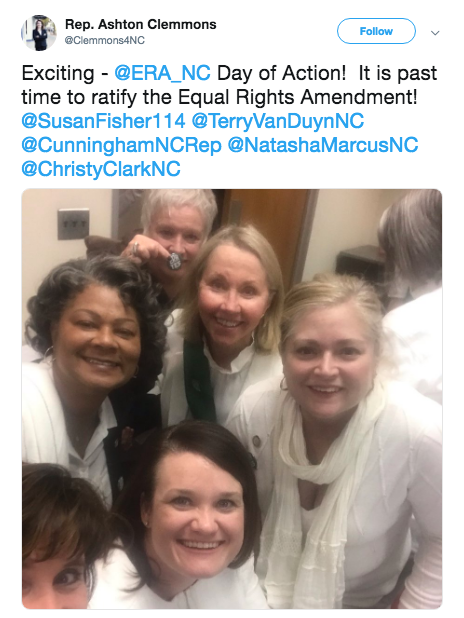 LOCAL SHERIFF STANDS UP TO ICE

Mecklenburg County Sheriff Gary McFadden, one of several African-American sheriffs elected in 2018, was featured in NowThis for taking a stand against renewed and unwanted harassment from ICE and the Trump administration. North Carolinians clearly rebuked politics of division and fear when they elected new officials who refused to comply with this administration’s cruel policies that rip families apart and make our communities less safe. 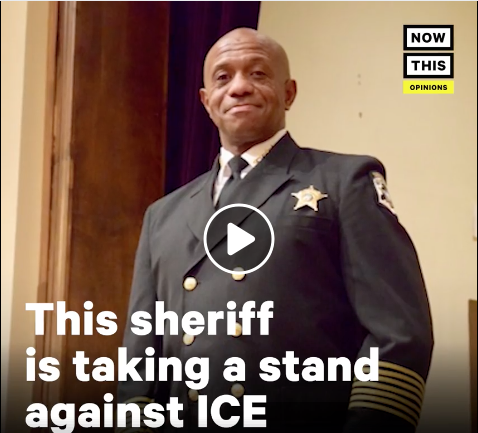 N&O:
“That is the reality of what former Gov. Pat McCrory touted as the “Carolina Comeback.” We’ve come back to where we were before the recession. That’s good, but it happened everywhere, even in high tax states. And the North Carolina economy is hardly what Berger called “the strongest it has ever been.” It’s just back to where it was when those big-spending, high-taxing Democrats were in charge, except now state government has lost $3.6 billion a year in revenue because of tax cuts.”

N&O:
“The three budget chairs, Sens. Harry Brown, Kathy Harrington and Joyce Krawiec, said: “This is not a serious budget proposal. It is a political document that seems designed to cater to the Governor’s tax-and-spend base that put us in a hole ten years ago.” That response reveals Republicans’ insincerity about cooperating with Cooper this session. They’ve immediately rejected an effort to meet them halfway. Significantly, the governor’s budget doesn’t contain any “tax and spend” proposals. It doesn’t call for any tax increases.”

Fayetteville Observer:
“The Republican co-chairs of the Senate Appropriations Committee said in a joint statement that, “This is not a serious budget proposal. It is a political document that seems designed to cater to the governor’s tax-and-spend base that put us in a hole 10 years ago.” They’re hoping, apparently, that the voters have forgotten where we were a decade ago — mired in the deepest recession since the Great Depression, which shredded tax revenues and forced deep cuts in government spending. Because of those cuts, our teachers have seen their salaries fall from the national midpoint to the bottom quarter, and our aging school buildings have deteriorated.”

Charlotte Observer:
“All of which, however, leaves 9th District voters with weaker choices. The blame for that lies with Harris and NC GOP leaders, who could have called for a new election when significant fraud was revealed months ago. Instead, they denied and obfuscated. They left 9th district Republicans with a damaged GOP brand and a stacked deck for the Democrats. They did the voters – and their party – no favors.” 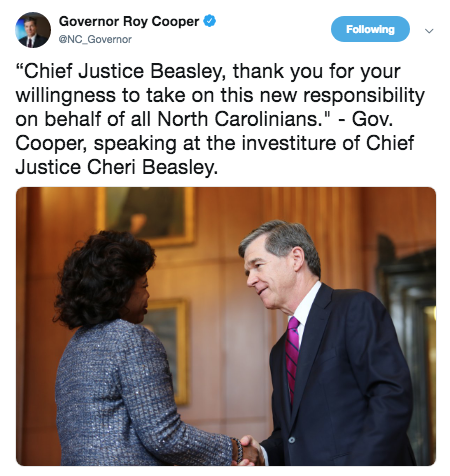