Raleigh – NCDP Chairman Wayne Goodwin released the following statement in response to House Republicans holding a surprise vote on the budget override this morning after telling Democrats no votes would be held:

“Today, on the anniversary of September 11th, Republican lawmakers have dishonored their offices, disrespected the people of North Carolina, and lied straight to their colleagues’ faces in order to undemocratically pass a budget that denies teachers the pay raises they deserve and denies health care to over 500,000 North Carolinians. It is this kind of immoral, undemocratic, and un-American conduct that led voters to reject GOP leadership and break the Republican supermajority in 2018. This level of deception and dishonesty is an all-time low, even for them.” 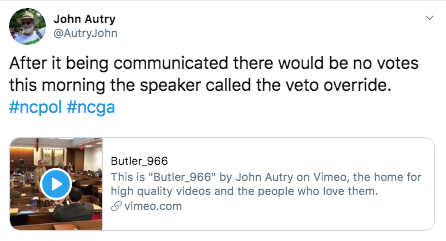 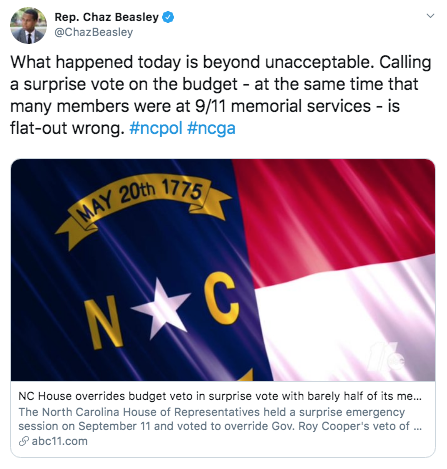