Raleigh – This weekend, WRAL unearthed new details on the potentially illegal coordination between the NC GOP and the Tillis campaign and an outside expenditure group, and found new confirmation from local sources that foreign nationals were embedded within the GOP operation during the 2014 election cycle.

Even as more details come to light, NC GOP and Thom Tillis have failed to answer important questions about their connections to the John Bolton SuperPAC and Cambridge Analytica, including:

British contractors from Cambridge Analytica were “all over” state Republican Party offices in the closing months of North Carolina’s 2014 U.S. Senate election, according to sources close to the party.

One North Carolina source said the company, under fire over its use of Facebook data and under investigation for its methods in British politics, had three employees embedded with the North Carolina Republican Party. Two other sources said there were at least two people.

That’s consistent with what Cambridge Analytica whistleblower Christopher Wylie, who kicked off international inquiries of the company, has said – Cambridge Analytica had “three or four” full-time staffers, none of them U.S. citizens, in the state for the successful 2014 effort to elect U.S. Sen. Thom Tillis.

These would have been among the dozens of non-U.S. citizens The Washington Post has reported Cambridge Analytica assigned to GOP campaigns in the U.S. in 2014.

Documents released by the British Parliament this week include references to personality profiles built for North Carolina’s 2014 elections: Lazy Liberals, Turnout Targets, Priority Persuasion and Wild Cards. The company and its parent, SCL, worked not only for the Tillis campaign and the state GOP in 2014 but also for a Super PAC headed by John Bolton, a former U.S. ambassador to the United Nations whom President Donald Trump recently named as national security adviser. 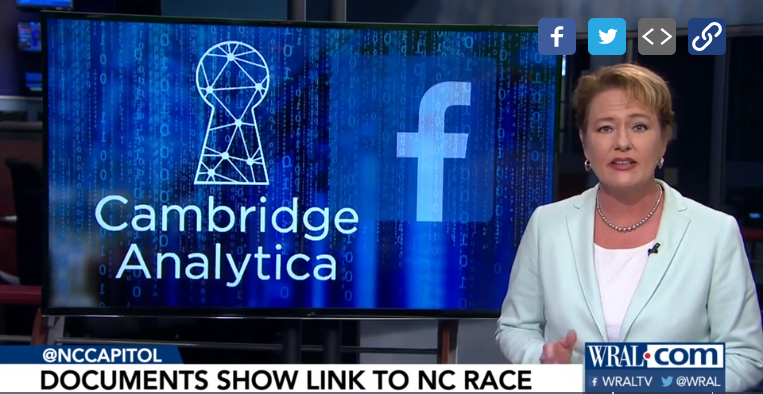 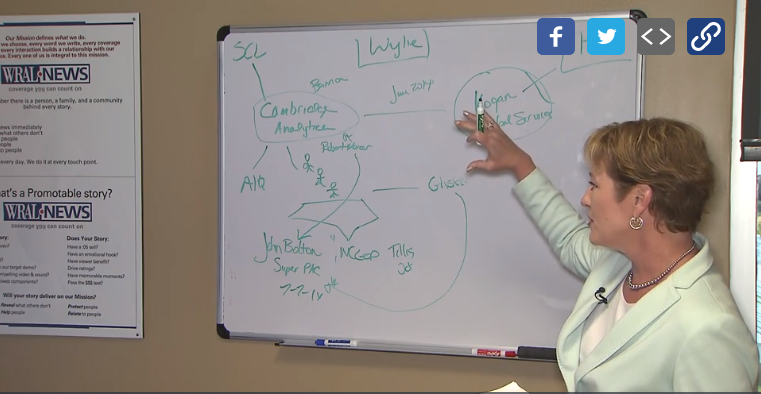