“I Did My Job … We Need Our Politicians to Stand Up.” Why Hasn’t Senator Tillis Signed on to 9/11 Responders Bill?

Raleigh – First responders from across the country, including several now living in North Carolina, are urging the U.S. Senate – including Senators Tillis and Burr – to pass a new 9/11 first responders compensation bill to help victims and families of victims of 9/11 with ongoing medical issues. So far, Senator Tillis has refused, only offering vague platitudes that he’ll “review and consider it” when it comes to the Senate.

In a new report from CBS17, Raleigh-area first responders expressed their frustration with a do-nothing Republican Senate, saying they are “upset” with North Carolina’s senators and Washington for not quickly authorizing the bill.

“It makes me feel upset. I did my job, and I would do it again, and that’s why we need our politicians to stand up and recognize what needs to be done,” one former first responder said. “We’re not asking for anything for ourselves. We’re asking for our families,” another added.

The fund is expected to pass the U.S. House of Representatives, but “its fate isn’t as clear” in the Republican Senate. No vote has been scheduled, and Senate Majority Leader Mitch McConnell hasn’t yet committed to scheduling one. Senator Tillis is being equally weak, refusing to tell first responders who sacrificed their health that he will support and help push this bill forward for fear of crossing Senator McConnell and his Washington Republican backers.

“What more does Senator Tillis need to consider? These North Carolinians put their lives on the line to serve our country, and instead of jumping at the opportunity to help them, Senator Tillis is holding them at arm’s length,” NCDP spokesman Robert Howard said. “Senators Tillis and McConnell need to stop playing political games and support our first responders.” 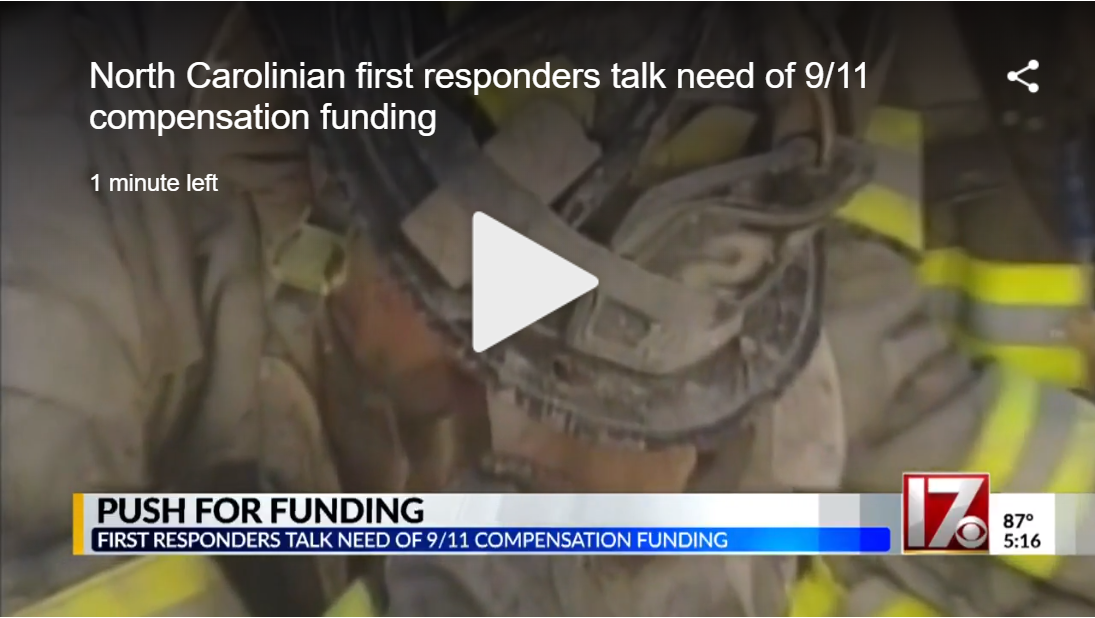