“To tell the truth: this is about one giant corporation … this is about a giant farming operation and it is being sold to the public and this body like it’s Uncle Henry, Auntie Em, Dorothy, Toto and the three farmhand-type farms. That’s not what it’s about. It doesn’t apply to farms like that.”

“We’re the people’s House, the people’s legislature, and we ought to do business in a deliberative fashion that fits the trust that’s been bestowed upon us by the people. That ought to be an ironclad guarantee that we take seriously at all times.”

He then had blunt words for his Republican colleagues who have stayed silent – take up your responsibilities or don’t run for reelection:

“What we do here is not a small matter. And people who really don’t want to look at these bills and have the debates, there’s still time till August to go ahead and take your name off the ballot and your party can replace you. This is our duty.”

Rep. Blust ended his remarks by again outlining how Republicans have broken the General Assembly:

“An iron curtain has descended on this legislature and it just will not let go. A few people call all the shots and their will governs, and I know the members cannot afford to go against it.

“The General Assembly is broken,” NCDP spokesman Robert Howard said. “The only way to give North Carolina a functioning legislature that looks out for the people – instead of rigging our state for corporations and special interests – is to break the Republican supermajority.” 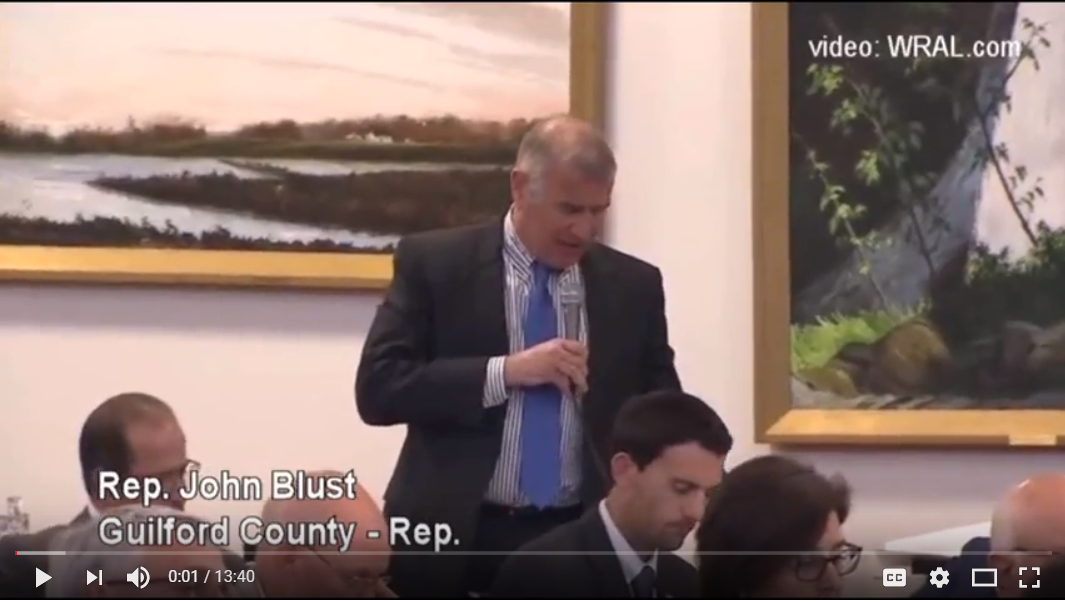