“Living in the coverage gap has been a constant struggle for us and for so many families like us. And yet, Republican lawmakers like Dan Forest openly oppose expansion. He claims it isn’t the best plan to help out those who need it most. So what is that plan? He doesn’t seem to know.

“Here’s what I know. Medicaid expansion is an absolutely critical step to save lives and support North Carolina families. It helped my family at one time. But Republicans like Dan Forest have done and will continue to do everything they can to chip away at Medicaid and hold back expansion.”

“Instead of putting the health and lives of North Carolinians first, Republican lawmakers like Dan Forest want to cut taxes for big corporations: the number one item on their political agenda.

“Dan Forest, Lt. Governor and now Republican candidate for governor, opposes Medicaid expansion. He claims it isn’t the best path forward, but, at the same time, has put forth no alternate plan. This is not acceptable while North Carolinians are suffering and dying.”

“Dan Forest openly opposes Medicaid expansion, claiming it isn’t the best path forward. And yet, he offers no alternative. Instead, he throws his support behind the Republican political agenda to prioritize corporate tax cuts over the health and well-being of people across the state.

“The health and well-being of our neighbors, as well as the economic wellbeing of our state, should concern all of us. Sen. Phil Berger and Speaker of the House Tim Moore should come to the table to negotiate with other legislators and with the governor to make a plan.” 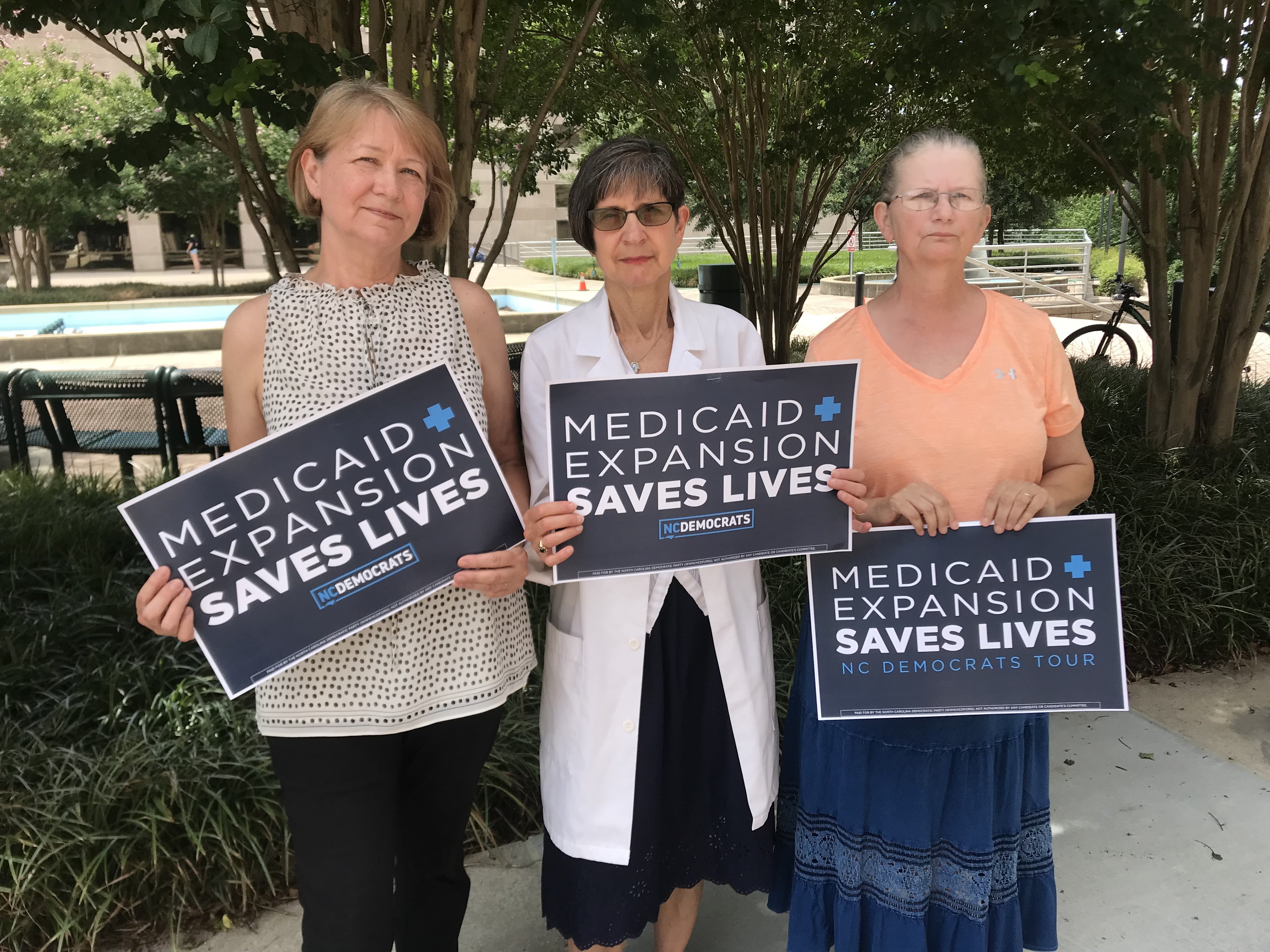 “Dan Forest’s opposition to Medicaid expansion in the state is utterly disqualifying. Instead of prioritizing expansion for over half a million people across the state, Republican legislators refuse to come to the table while Medicaid expansion is still on it. That is wrong. And Dan Forest falls right in line with them.

“North Carolinians know that this fight is too important to sit on the sidelines. That’s why they are standing up to Republicans who oppose Medicaid expansion, including Dan Forest who has made clear he will do what he has always done and turn his back on the most vulnerable in favor of the Republican political agenda: corporate tax cuts over everything else.”