Break the Majority, NCDP Launch One of the Largest Legislative Field Campaigns in the Country

Raleigh – This weekend, Break the Majority and the North Carolina Democratic Party, together with House and Senate candidates across the state, hosted 18 organizing events to launch one of the largest legislative field programs in the country.

The statewide field program, unique for an election cycle without a senate or gubernatorial election, will stretch across 20 field offices from Buncombe county to Elizabeth City. More than 70 paid field staff will work with an estimated 15,000 volunteers to knock more than 1 million doors and make more than 250,000 phone calls.

“Break the Majority launched with one goal – to break the Republican supermajority by expanding the map, recruiting good candidates, and making sure they have the resources and support they need to compete,” NCDP Chairman Wayne Goodwin said. “This weekend, we took the next step, launching a statewide field program to ensure that voters across the state hear personally from Democrats about how we’re fighting for better public schools, expanded access to health care, clean drinking water, and a stronger economy where those at the bottom have the same opportunities as those at the top.”

Break the Majority’s field staff reflects the communities they’re organizing. Forty percent of the organizing staff are people of color and two-thirds are women. Organizers are focused on turning out the Democratic base and drop-off voters and persuading swing voters, a tactic that national Democrats were criticized for not doing in 2016.

This past Weekend of Action saw more than 280 volunteers knock more than 8500 doors.

“People are fired up, excited, and ready to pitch in to help local Democrats break the Republican supermajority,” Break the Majority Field Director Sydney Watnick said. “We’re not taking a single vote for granted and are working every single day to turn the grassroots energy and enthusiasm we’re seeing on the ground into Democratic wins this November.”

Break the Majority is a partnership between Governor Cooper and the North Carolina Democratic Party focused on breaking the Republican supermajority. Recently, NCDP announced a record $5.8 million on-hand, $4.5 million more than the North Carolina Republican Party. Democrats for the first time ever have candidates running in every single legislative district in the state. 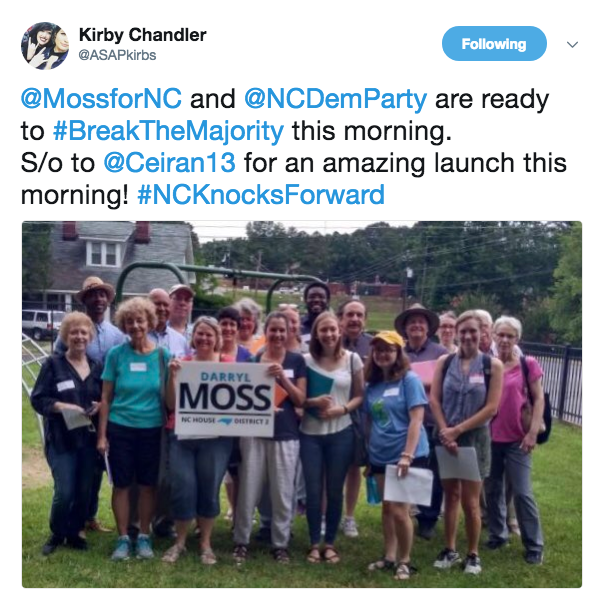 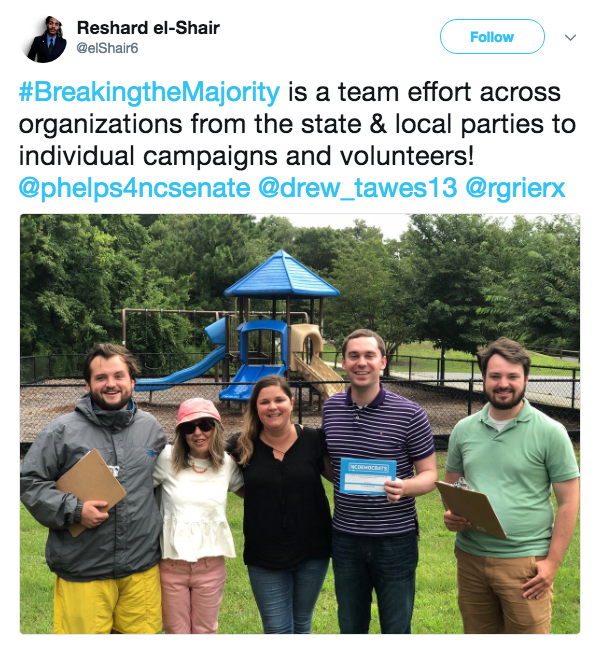 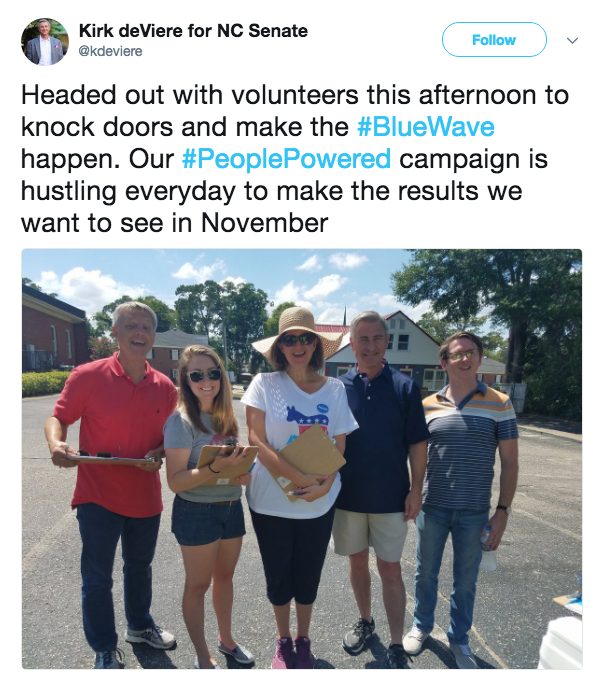 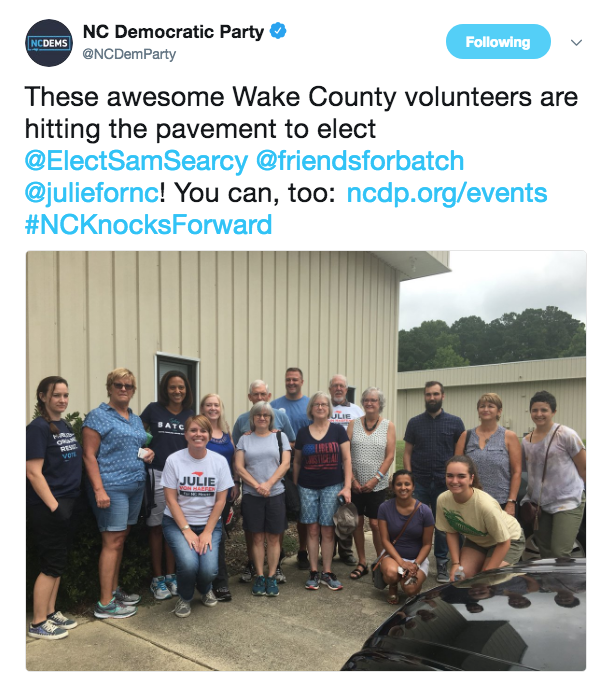 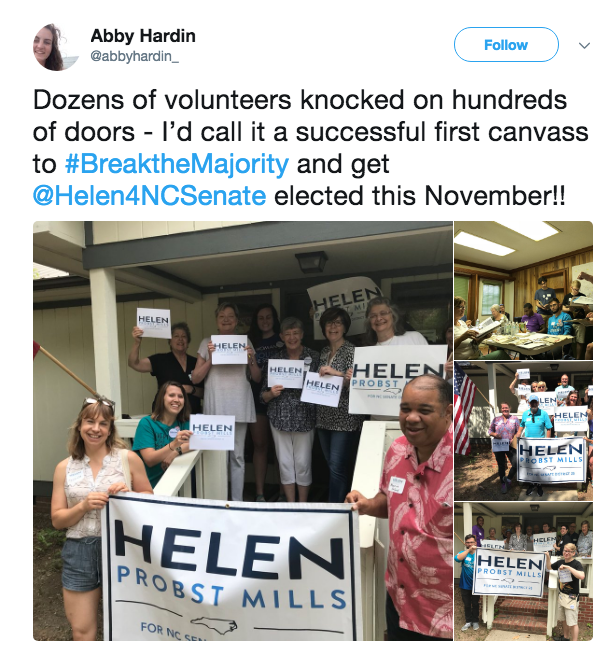