Raleigh, N.C. – Last night’s special election was an unmitigated disaster for Republicans across the country and shows that the blue wave isn’t abating – it’s building.

Despite running in a +20 Trump district and facing nearly $11 million in GOP outside spending (80% of the outside money spent), Democrat Conor Lamb beat Republican Rick Saccone in a district that looked like a homerun for Republicans on paper. PA-18 is home to working class white voters and suburban, college-educated voters, both GOP strongholds that are now breaking Democratic: 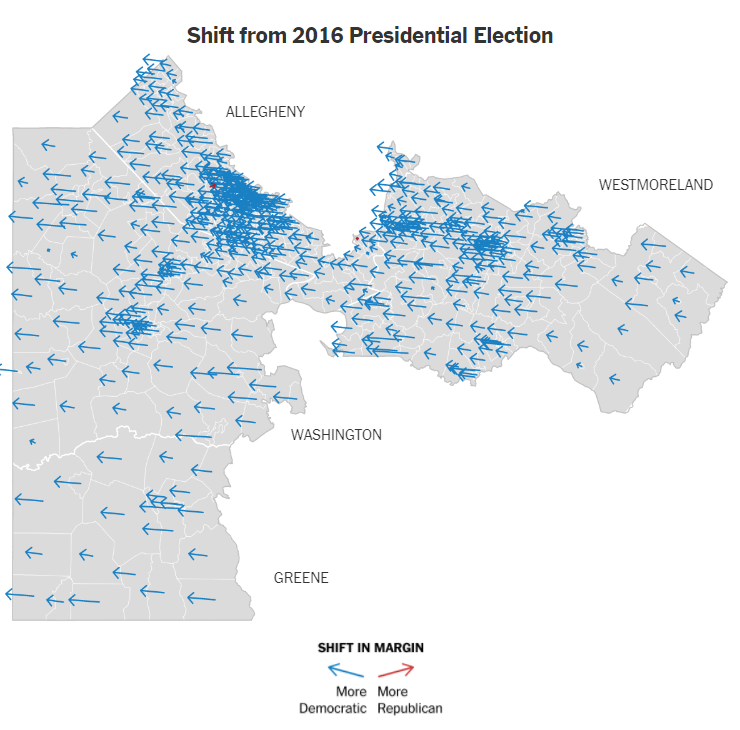 Here in NC, there are 24 House districts and 15 NC Senate districts that are more competitive than PA-18. Republicans would have lost every single seat if turnout – and the huge and growing enthusiasm gap – was the same here. And – like every single district in NC – every single one has a Democratic challenger.

Not only would it have broken the supermajority, it would flip both chambers. Here are the Republicans who would have lost:

Even worse for Republicans, their lone legislative achievement – a massive tax giveaway to corporate America at the expense of the middle class – fell so flat with voters that Republicans abandoned the issue all together. Meanwhile, their attack on voters’ health care was the No. 1 issue for voters, and those voters overwhelmingly broke left.

“Last night’s election confirms what Democrats already knew: every race is on the table this year,” said NCDP Executive Director Kimberly Reynolds. “Voters are sick and tired of Republican efforts to rig the system against our middle class, and they’re ready to sweep them out of office this fall at record numbers. Republicans should be terrified.”

Where is the GOP Plan to Help Eastern NC Benefit from ACP?