Another Tuesday, Another Sign of a Blue Wave Coming

Raleigh – It’s a Wednesday in 2018, which means that last night more than likely there was a special election where Republicans vastly underperformed, Democrats vastly overperformed, and the Blue Wave got a little bit stronger.

In New York, Democrats won a critical toss-up special election for New York state Senate District 37 and flipped AD10 for the New York Assembly – the 40th state legislative district to flip from Red to Blue since Trump was inaugurated.

In Arizona, 8th Congressional district GOP candidate Debbie Lesko ran 20 (!!) points worse than the partisan make-up of her district, with President Trump won the district by 21 points in 2016 and Mitt Romney won by 25 points in 2012. Republicans spent $1,000,000 to win this ruby red seat; Democrats spent $0.

“Another Tuesday, another sign that a big blue wave is building and is headed straight for North Carolina this November,” NCDP Executive Director Kimberly Reynolds said. “North Carolina Democrats are doing everything we can to make sure that wave crashes into the Republican supermajority. Republicans are right to be afraid.”

But don’t take our word for it. Here’s what reporters, analysts, and strategists saw last night: 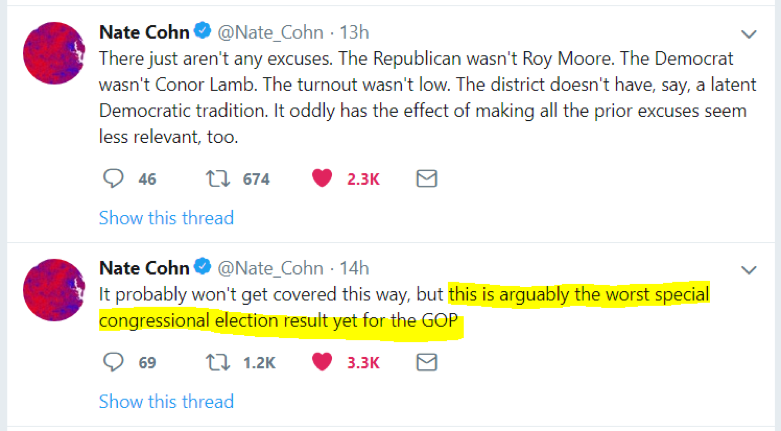 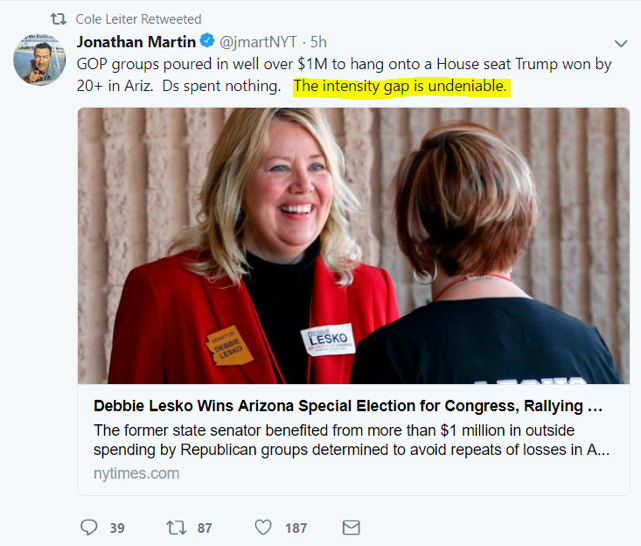 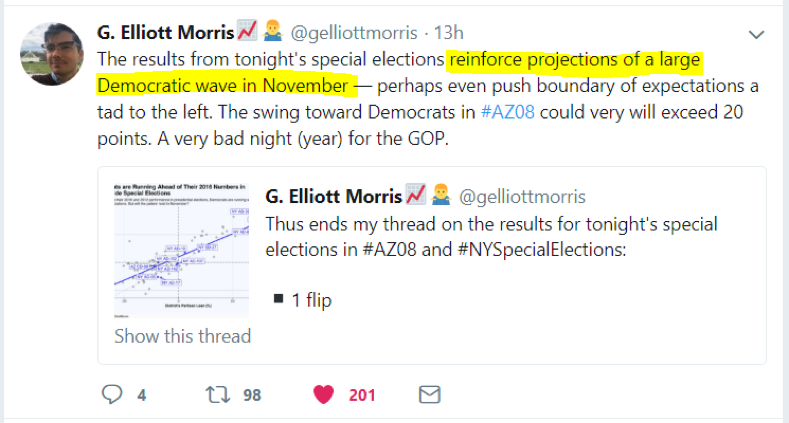